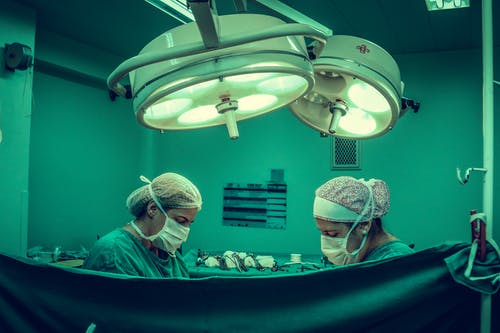 I am frequently asked whether it is permissible to donate organs in Islam.

The opinions of Islamic scholars regarding organ transplantation are ijtihadi in nature, which means that the ijtihad (juristic interpretation) is based on Islamic legal maxims, because they are related to a new development that were not discussed by previous scholars.

The Shariah seeks to protect human life and dignity. Therefore we are expected to do whatever we can within permissible limits to preserve life and health, which are an amanah.

When there is need for cure, in the first instance we should seek appropriate medical treatment through all possible means and by consulting specialists. As Allah Almighty stated in the Quran:

And do not kill yourselves [or one another]. Indeed, Allah is to you ever Merciful. (4:29)

“O’ servants of Allah, seek treatment for your ailments, for surely He who has created the disease has also given a cure for it. Those who are knowledgeable will be able to discover this cure.” (Bukhari)

The opinion among most Fuqaha (jurists) is that seeking medical treatment is either recommended (mandub) or obligatory. There are many hadith which encourage Muslims to seek medical treatment. Therefore it is up to the patient to decide whether or not if he or she wants to undergo organ transplant.

Organ transplants are a matter of choice

Organ donation is a method of saving lives. It is not compulsory, but is a valid choice.

There are different views depending on different schools of thought and fatwas.

According to one very valid, authentic opinion is it is allowed based on the principle in Islam that in situations of necessity, the prohibited becomes permissible.

He has only forbidden you what has died by itself, blood and pork, and anything that has been consecrated to something besides God. Yet anyone who may be forced to do so, without craving or going too far, will have no offence held against him; for Allah is Forgiving, Merciful. (Al Baqarah: 2:173)

Allah has excluded the situation of dire necessity from the prohibited things. No, doubt that the sick person who needs desperately an organ is in dire necessity because his life is endangered such as kidney failure, damaged liver or heart.

Confronted with two evils a person is permitted to choose the lesser of the two, as in the case of a starving person whose life could be saved by either eating carrion or stealing from another person’s food. He would be permitted to opt for the latter.

In the rulings of Fiqh (Al Qawa`d Al Fiqhiyyah) we have:

Since the saving of life is a necessity that carries more weight than preserving the integrity of the body of donor or deceased and since the injury of the body of the donor is less evil compared with leaving the patient to die, the procedure of organ donation and transplantation is sanctioned.

“There should be neither harming nor reciprocating harm” [Ibn Majah].

In normal circumstances, it is not permissible in Islam to inflict harm on others or to suffer harm from them.

In case of necessity, certain prohibitions are waived for instance, when the life of a person is threatened, the prohibition on eating carrion or drinking wine is suspended.

By this reasoning, it is permissible for a living person to donate part of the body such as the kidneys to save the life of another, provided that the organ donated would not endanger the donor’s life and that it might help the recipient

If a healthy person, in the light of the opinion of medical experts, is sure that he/she can live with one kidney only, it will be valid for him/her to donate one kidney to an ailing relative, if it be necessary to save his life while no alternative is available, but without charging any price.

First, there should be a real necessity and no alternative means to preserve a patient’s life or save them from harm..
Second, there should not be any risk to the life of the donor or recipient during any stage of the operation.
Third, there should be an authentic medical report stating that this transplantation is likely to be successful.

There should be no harm to the donor

Another fiqh maxim is:

‘Harm is not removed by harm’

‘Do not harm nor reciprocate harm’.

This means that while the donor may endure minor harm, as long as they are informed beforehand of the risks and are prepared to bear the physical and psychological impact of the procedure, and the transplant has been approved by medical experts.

Conditions associated with a living donor:

1. He/she must be a person who is in full possession of his/her faculties so that he/she is able to make a sound decision by himself/herself;

2. He/she must be an adult and, preferably, at least twenty-one years old;

3. It should be done on his/her own free will without any external pressure exerted on him/ her;

4. The organ he/she is donating must not be a vital organ on which his/her survival or sound health is dependent upon;

5. No transplantation of sexual organs is allowed.

Honour of the living and sanctity of the deceased

Allah Almighty created man and honoured him, therefore we have a duty to do what we can to protect life. At the same time we have to preserve the sanctity of the deceased.

And We have certainly honoured the children of Adam and carried them on the land and sea and provided for them of the good things and preferred them over much of what We have created, with [definite] preference. [17:70]

The living take precedence over the deceased

As established in fiqh [Jurisprudence], the living take precedence over the deceased. We know this from the rule that a pregnant mother’s life takes precedence over her unborn foetus.

The opt out camp

Saving lives is a key aim of the Shariah and carries huge reward for the deceased as it is sadaqah jariah from them, for as long as the recipient benefits from the organ. It is also a demonstration of altruism (eethar), which is rewarded by Allah Almighty.

They give [them] preference over themselves, even though they are in privation. [59: 9]

The Prophet (peace be upon him) says,

Whoever helps a brother in difficulty, Allah will help him through his difficulties on the Day of Judgment. (Muslim)

Do as you would be done by

The Sheikh of Al Azhar joined the ranks of those scholars who urge people to become organ donors.

As for transferring an organ from an animal to a person its rule depends on the rule of the animal itself whether it is pure or impure.

If the animal is pure such as legally slaughtered camels goats and sheep – there is no doubt about the lawfulness of using any of its parts in medication (transplantation or others) as it is lawful to seek remedy in any lawful thing. The Prophet said: “Seek remedy as Allah has not sent down any sickness without sending a cure for it” (Abu Dawood and Tirmidhi).

The Scholars are agreed that this is lawful.

Al Nawawi said: “If a person gets one of his bones broken, he could put a pure bone instead of it” (Al Majmone 3-138).

In the book of “Indian Fatwas” it is stated: “There is no harm in being treated with a bone from a goat, a cow, a camel or a horse or any other animal save the pig”.

But if the animal is impure such as dead without being slaughtered or of other impurities, the initial rule is that it is forbidden because putting impurities in the body invalidates prayer and all other forms of worship which require purification.

So, initially it is forbidden to transplant any organ from an impure animal into a human body. But if there is a real necessity the rule can be changed.

Al Nawawi said: “If his bone gets broken, he could change with a pure bone. In the Shafi school, it is said: “It is unlawful for him to put an impure bone as long as he could get a pure one; otherwise he is excused.

But if the pure is not found, the impure can be used under two conditions:
1. There should be a dire necessity for it.
2. There should not be any pure thing available and that could be used as substitute.
If one of the two conditions is not met, it is forbidden to transplant an organ from an impure animal into a human being.

If one of the two conditions is not met, it is forbidden to transplant an organ from an impure animal into a human being.

The opt out system in England

Due to the shortage of organ donations, England changed to an opt out system in 2020.

All adults are deemed to have agreed to be an organ donor when they die unless they have recorded a decision not to donate or are in one of the excluded groups.

When you register as an organ donor on the NHS Organ Donor Register, you can now state on the registration whether or not you would like the NHS to speak to your family, and anyone else appropriate, about how organ donation can go ahead in line with your faith or belief system.

About the organ donation system in England
https://www.organdonation.nhs.uk/helping-you-to-decide/about-organ-donation/faq/what-is-the-opt-out-system/

Register to opt in or out
https://www.organdonation.nhs.uk/helping-you-to-decide/about-your-choices/

Who can be called a kafir? What will be the fate of non-Muslims?