Is it possible to change? 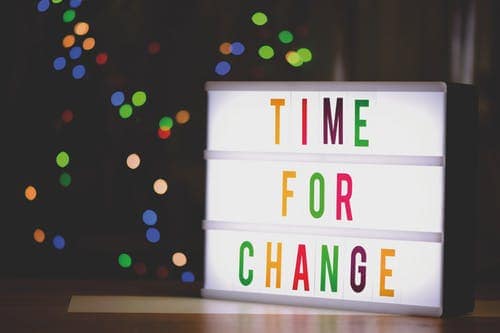 Can you change your character?

People often wonder if it is possible to change your character.

Allah Almighty talked about the Prophet Muhammad (peace be on him) in many verses in the Quran, but one of the unique verses, were when he said:

We all long to follow his footsteps and copy his character Peace be upon him.

As we know, Malik reported that the Messenger of Allah (peace be on him) said:

I have been sent to perfect good character. (Muwatta)

In the following story we can see that there are certain qualities which we should aspire to.

The man from Yemen

You possess two qualities that Allah loves. These are clemency and tolerance. (Muslim)

When the delegation arrived in Madinah they left their camels and rushed to the mosque to see the Prophet (peace be on him), leaving their camels untied because they were so excited to see him. By contrast, their leader descended from his camel tied it, and walking slowly, he tied the camels of his companions, took out his luggage, bathed and changed into his new clothes, then eventually made his way to meet the Prophet (peace be on him).

Pinpointing these two qualities, the Prophet (peace be on him) shone a spotlight on these characteristics and their importance.

Which raises the question is it possible to change your character?

When the Prophet (peace be on him) told Ashaj that he had two qualities Allah loves, Ashaj was delighted and asked if these were innate qualities created by Allah in him or qualities that he had acquired. And Allah said they were innate in him.

Clemency is from Allah and haste is from Satan. (Tirmidhi)

How do we adopt these qualities?

In another hadith Ibn ‘Abbas reported that the Prophet (peace be on him) said:

Right behaviour, good appearance and moderation is from a twenty-fifth portion of prophethood. (Abu Dawoud and al-Adab al-Mufrad)

This does not mean that prophethood can be divided into parts, as it is a gift from Allah Almighty, but it highlights that these qualities are the prophetic way.

Appearance is not just your clothes but how you hold yourself and how you move, Ashaj walked slowly with composure.

In a similar narration, moderation was highlighted as one of the characteristics of the prophets and the followers of the prophets. Sahl ibn Sa’d reported that the Messenger of Allah (peace be upon him) said:

Good character (appearance), clemency, and moderation is one part of 24 of prophethood. (Tirmidhi)

Develop the qualities within yourself

The fact that we can improve ourselves is evidenced in the following hadith:

Whatever wealth I have, I will not withhold from you. 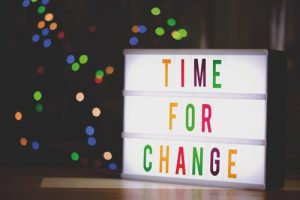 This hadith is very important because it shows us that we can change.

We see here that if you act with patience, Allah increases your patience; whoever refrains from asking others, and works towards being self-sufficient, Allah makes him self-sufficient. This means it is possible to change your character.

This is what we do in Ramadan, people try their best to control their anger and their emotional responses, and increase their sabr (patience). Allah Almighty is teaching us that if you try hard enough and ask Allah with sincerity, He will give it to you.

Don’t say ‘This is me. Take me as I am or you are not my friend’. This is the wrong approach to life. The Prophet (peace be on him) through the hadith proved that change can happen. First you have to acknowledge that you are not The Finished Article. You have gaps and aspects to improve.

The way forward is to keep trying. Don’t have the attitude that you cannot change. This is unacceptable. We can change. Not 100 % in all issues but we can improve by working on ourselves. You may even need to see a specialist to help you change.

Have the will to change yourself

Jabir narrated that the Messenger of Allah (peace be on him) said:

Indeed the most beloved among you to me, and the nearest to sit with me on the Day of Judgment is the best of you in character. (Tirmidhi)

If you want to be close to the Prophet (peace be on him) and have his shafa’ah (intercession) don’t give up. Have tolerance, forbearance and moderation.

The importance of good behaviour, and having peace and tranquillity in our reactions shouldn’t be underestimated.

Let’s work on these qualities. And Allah will make us better.

May Allah enable us to improve and grant us closeness to Him and to His Prophet (peace be on him). Ameen.

The Friday Thought of the Week delivered by Shaykh Haytham Tamim on 19th June 2020.