Is it permissible to pray tarawih online? 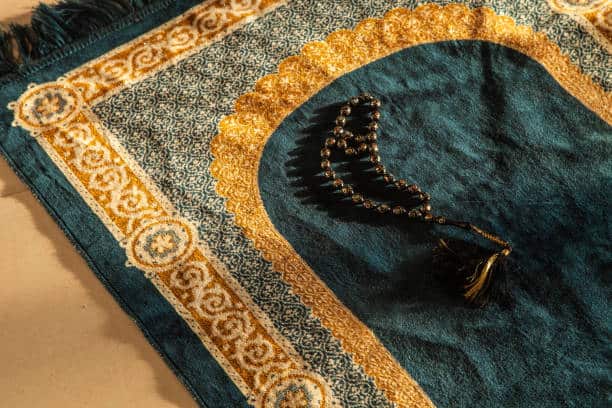 Praying tarawih in your home while following an imam who is performing the tarawih prayer online is a relatively new phenomenon, which was adopted by some imams, including myself during the unprecedented global pandemic of 2020.

No doubt this raised eyebrows and many people have wondered whether it is permissible and why we never performed salah like this before. They have asked if it is permissible to pray like this, why are we not praying behind the Imam live from Makkah?

Before people rush to start throwing the term haram at praying the tarawih behind a local imam, it is important to understand how we deem something permissible or impermissible.

This year our mosques are open for tarawih, and it is the sunnah to pray the tarawih in congregation. Anyone who is able to and wants to should pray in the masjid.

However, as we still have exceptional circumstances, with a global pandemic that has already claimed millions of lives worldwide, people are still vulnerable and susceptible to catching the virus and spreading the virus.

Undoubtedly it is preferable to pray tarawih in the masjid. There is more reward and it is the sunnah. However, as it is a sunnah salah, not a fard, there is some flexibility on this matter. The Prophet (peace be on him) used to pray sunnah on his camel sometimes, but never the fard.

Therefore, it is permissible in my opinion and that of many renowned scholars to follow a livestreamed salah which is not fard. Other scholars disagree with this, and I respect their opinion.

The criteria to follow the imam online is that you have to have a good connection and be in the same time zone, as you have to be able to hear the imam clearly and be aware of the movements of the imam.

•Do not place the screen in front of you.

•You may join the salah from anywhere in the world as long as it is before Fajr.

•Ensure you recite surah Fatiha behind the imam.

You may hold the Quran or follow the recitation on your phone during these rakahs, as they are not fard. If you have hold the Quran, ensure you have somewhere to place it when you bow down, like a chair, so that it is not put on the ground.

The reason why livestreaming is permissible

In the summary of his research on following the Imam behind the screen (Sarh al-‘Oyoun) Shaykh Nizam Yaqouby made the following points:

Ensuring that the worshippers follow the imam in a timely manner

During congregational salah, the ma’mum (those following the imam) should neither precede the imam in any of the acts of salat nor delay any act after the imam. This is known as mutaba’ah to the imam.

Various questions arise from this:

Does this happen through the connection of the rows?
Is this connection of rows a condition for the validity or a condition of perfection (Kamal)?
Is it necessary for the rows to be in the mosque? Or can it extend beyond its boundaries?
Is there a specified spacing between the rows or to set their contiguity?
If there is an obstacle between the rows, such as a wall, a tree, or a road, is (Iqtidaa’) valid?

If following the imam (Iqtidaa’) is valid, then what are the guidelines?
Should the sound of the normal (muballigh) be heard without a device or amplifier? Or is it permissible through the amplifier or other devices?

What makes the prayer of al-Muqtadi (the one following the imam) valid?
What is the difference between the prayer of the worshipers in buildings far from the imam physically, in hotels and the like of it, in the Haram, for example, and the prayer of those who are doing ( Iqtidaa’) through the radio or television?

These are ijtihadi matters and there is a room for differences but if we were to allow it we have to have the following conditions:

Guidelines on what makes a congregational salah valid

1. It is possible for the ma’mum (the one following the imam) to follow the Imam fully by hearing the voice of the imam clearly or hear his voice and see his image through the screen in a way that confirms the movements of the Imam.

2. That the sound and the picture move in a few moments, in a way that does not interrupt the Mutaba’a, which is forgiven and is a common thing in live-streaming.

3. Having the same salah time between the Imam and the followers, therefore it is not allowed to follow Isha prayer if it is not time for Isha in your city.

4. The fatwa is limited to Nawafil and not Faraid, accordingly it is permissible for the Taraweeh prayer or Khosouf and Kosouf. And Eid for those who considers Eid salah Sunnah.

Unity of place and connectivity of the line

One of the reasons cited for deeming a salah performed in different locations, connected virtually invalid is that there is no unity of place. In other words, there is an expectation that people praying in a congregation should be standing side by side. However, according to the Maliki school of thought, the unity of place is not considered an essential component of the salah. It is considered more important to able to see the movements of the imam.

In reality, it is easier to see the movements of the imam on a screen than in certain parts of a mosque, particularly the women’s section which is quite often located on a different floor without any view of the imam at all.

Evidences from the time of the Prophet (peace be on him)

We have several instances at the time of the Prophet (peace be on him) when the congregation was not connected in lines. On one occasion Abu Hurayah prayed apart from the congregation, but joined in the salah because he could determine the movements of the salah by hearing them.

This shows further that not being connected in a line and not having a view of the imam do not invalidate one’s salah. In fact the concept of the connectivity of the line during salah is a matter of ijtihad.

The tarawih prayer is less than a recommended sunnah

For those who are opposed to praying online, this method is not being used for a fard salah. Indeed it is not even being adopted for a sunnah salah, but for the tarawih prayer which is not even categorised as a recommended sunnah.

The congregation fulfil all the obligations of the salah

Moreover, those performing the salah are required to be in the same time zone, and to recite the Fatiha, which means they are leading themselves. While they follow the gestures of the imam, they still complete all the obligations. The only difference between praying praying by themselves and with the imam online is that they are able to hear the recitation of the longer surahs after the Fatiha.

You cannot call something haram unless you have evidence

Finally it is not right to call something haram without proving a daleel (evidence) from the Quran or Sunnah.

Of course there was no necessity to preform the tarawih like this before and once the situation changes we will return to the mosques and that is preferable to praying virtually online. However while our communities are feeling isolated praying together online offers those who wish to participate the option of being connected.

We ask Allah Almighty to remove the pandemic and enable us to return to our mosques. Ameen.

Full fatwa in Arabic by Shaykh Nizam Yaquby on the permissibility of online tarawih.

Is it permissible to hold the mushaf (Quran) while praying?

How many rakahs should I pray for tarawih