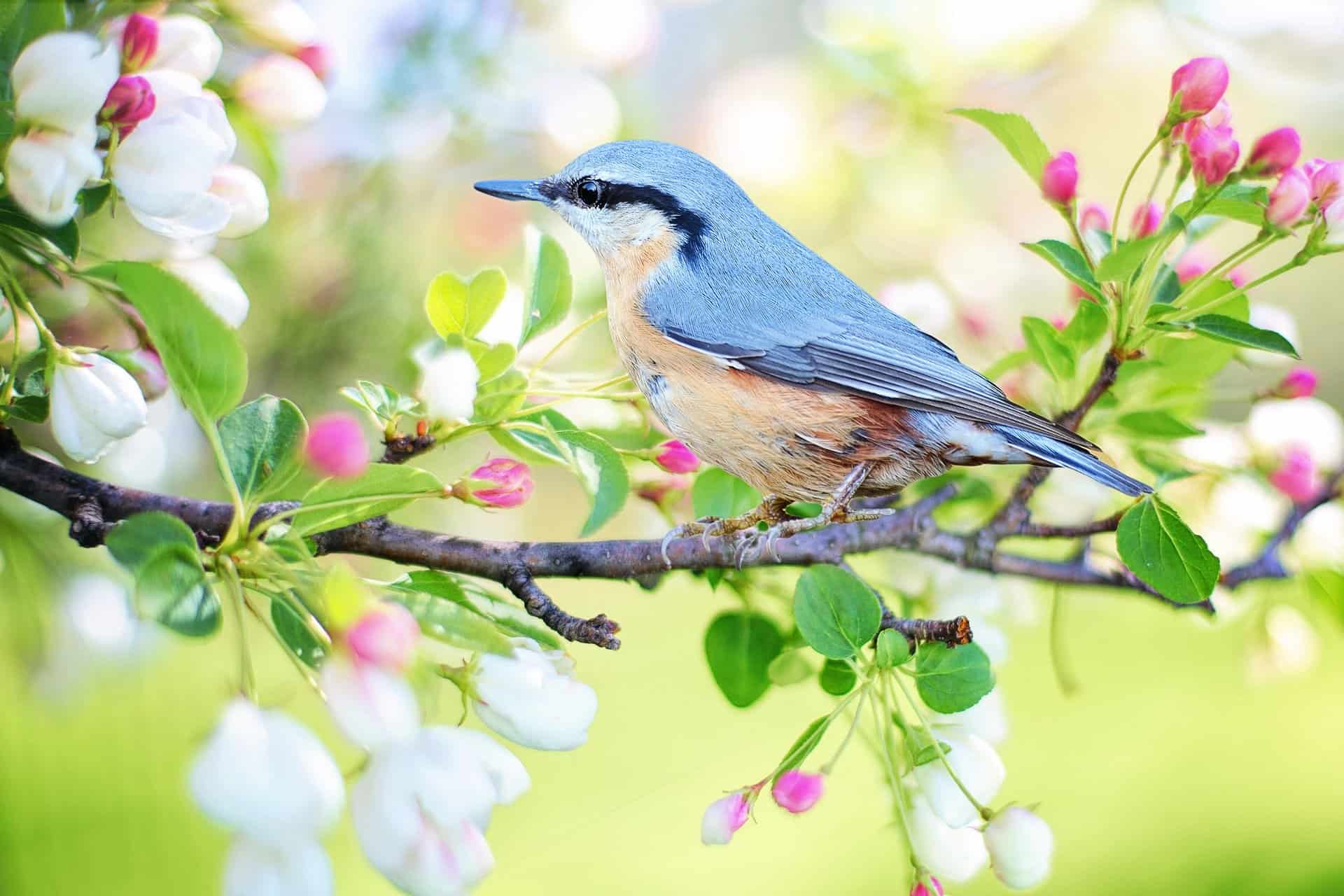 How to simplify your life and prioritise – Part 1

Nothing happens but by the will of Allah. And everything good comes from Allah Almighty.

Today our situation reminds me of the financial crisis of 2008 when the Queen asked the government, ‘How is it you did not see this coming?’ No one knew this would happen except Allah Almighty.

We are now living a new reality and we are experiencing self-isolation. I wondered what I might share with you that is relevant to our reality. That we can all relate to.

After the Book of the Allah, we have the sunnah of our Prophet (peace be on him) and the most authentic sources of sunnah are Sahih Bukhari and Sahih Muslim, who was Bukhari’s student.

In Muslim’s compilation of hadith, there is a chapter called Kitabu az-Zuhdi wa Riqaq which is about renouncing the world and how to soften the heart. Raqeeq is soft and what makes the heart soft is riqaq.  There are many books in the sunnah on this topic as a soft heart is what brings you close to Allah Almighty.

Sahih Muslim’s chapter is long so I have selected a few hadith from it.

Imam Muslim ibn al Hajjaj was from Naysabur ( Neyshabur) which is a city in Iran and was once the capital of knowledge and hadith, vibrant and full of scholars in the second century of Hijra, around 202 AH.

He was a very keen learner and used to travel a great deal, which was known as rihlah, when knowledge seekers would travel, sometimes great distances to seek knowledge, to find the asaneed (the chain of transmitters of knowledge and hadith). He travelled far and wide, and visited Iraq, Makkah, Madinah and Sham and Palestine.

His main teacher was Imam Bukhari, to whom he was very loyal and respectful, and Imam al-Dhahabi said: he used to be like a child with his father, awaiting his instructions and at his service. He loved him and shadowed him supported him in all the calamities which struck him towards the end of his life when malicious rumours were spread against him by Imam Adh-Dhuhli.

Imam Muslim passed away in 261 AH, aged 55 years old. And though it is not an old age, he left a phenomenal legacy. Everyone has heard of him. This is the importance of dedication and sincerity with Allah. His memory and his critique of hadith, and ability were very special. His book of hadith is second only to Bukhari’s.

The essence of zuhd

Zuhd means asceticism not to cling to dunya. Not to make dunya your primary concern. Based on the hadith reported by Sahl ibn Sa’d, that a man came to the Prophet and asked:

‘O Messenger of Allah, tell me about a deed which will make Allah and people love me.’

This means that if you do not attach yourself to dunya, Allah will love you and do not compete with people in material gain, and they will love you.

These words of the Prophet (peace be on him) were very mubarak (blessed) because this one comprehensive yet succinct hadith generated a huge outpouring of writing on zuhd, particularly from the 2nd century of Islam onwards. Abdullah ibn al Mubarak (118-181-H), a well known and righteous scholar in hadith wrote a book on Zuhd and if you google Kitab  Az-zuhd you will find many books on this topic.

The link between renouncing dunya and financial transactions

Imam Muhammad bin Al-Hasan al-Shaybani (131-189 H), one of the students of Imam Abu Hanifa (80-150 H), who founded the Hanafi school, was approached by his students who noticed how popular this topic was, and said, ‘Why don’t you write a book on it, everyone else is writing on it’. Shaybani’s answer was beautiful; he replied, ‘I have written a book on mu’amalaat (financial transactions)’.

When you read this answer you will be surprised at the link between financial transactions and renouncing dunya. Shaybani, although he was a faqeeh (Islamic jurist), a muhaddith and a scholar of linguistics, was also a person of zuhd, and he answered that how you deal with money and contracts is where real zuhd is. Zuhd isn’t only what makes the heart soft,  as you might think you are a Zahid (ascetic) in your home or mosque, real zuhd (renunciation) is when you go out and how you manage your finances and transactions in your business and daily life. This is the real zuhd.

The world is a prison for the believer

Abu Hurairah (may Allah be pleased with him) reported Allah’s Messenger (ﷺ) as saying:

The world is a prison-house for a believer and Paradise for a non-believer.

Abu Hurairah means father of the kitten. Hurairah is kitten (the diminutive form of hirrah which is cat). This was nickname for Abd al-Rahman ibn Sakhr, because he loved cats and used to carry a kitten in his sleeve. Though he was the most prolific narrator of hadith, he came very late to Islam in the 7th year of Hijra, three years before the Prophet (peace be on him) died.

Is very late and he was a very active student who shadowed him and recorded his knowledge and asked him a lot of questions and learnt from him (peace be upon him).

In the hadith above is saying that the world is a prison for the believer, sijnul mumin. What does this mean? Now we are in an optional prison, as we are self-isolating due to the coronavirus. So in this dunya the believer is constrained by restrictions, as a prisoner is imprisoned by the physical bars and locks that confine him.

The prophet Yusuf (peace be on him) was in prison as well, and metaphorically dunya is a prison for us if we are a true believers. Thus the believer has constraints on his movements and desires. He cannot give free rein to himself, as he may only do what pleases Allah. If goes outside those boundaries, he goes against his beliefs. We are all free to do what make our choices, but we bear the consequences of those choices in dunya and akhirah.

The world is a paradise for the non-believer

Meanwhile, the world is a paradise for non-believers, because they can go beyond the boundaries. They are not prevented by faith from doing whatever they please. Imam Ibn Hajar al Asqlaani, the great muhadith and hafidh wrote 20 volumes of commentary on Sahih Bukhari called Fath al Bari. He was a very wealthy person, and well educated in Egypt. Once he was in the market with beautiful cloak and perfume and someone approached him who was poor, and said, ‘Ya Imam! Are you ibn Hajar the great scholar? He said ‘You Muslims say that your Prophet said that the dunya is the prison for the believer and a paradise for a disbeliever, so where is this paradise? I am a beggar and a non Muslim.’ Ibn Hajar with his deep understanding said ‘You have misunderstood the hadith. Even though you are begging, this is paradise compared to what is waiting for you in akhirah.’

The Prophet (peace be on him) said that dunya restricts our eyes, tongues, and movements and our dealings, as well as our desires. We have to comply with what is in line with the shariah. He said,

‘None of you believes until his inclinations are in accordance with what I have brought.’ Ibn Abi ‘Asim and Tabarani.

When you are in prison you need to think why you have been chucked in prison. It is thinking time and rehabilitation time.

The distraction of dunya

Mutarrif reported on the authority of his father (Abdullah bin Ash-Shikhkheer) (may Allah be pleased with him):

And he (the Prophet) said: ‘Son of adam says: ‘My wealth, my wealth.’ Do you own of your wealth other than what you eat and consume, and what you wear and wear out, or what you give in Sadaqah (charity) (to those who deserve it), and that what you will have in stock for yourself.”’

And what is beyond this (it is of no use to you) because you are to depart and leave it for other people.

This companion came to the Prophet (peace be n him) while he was reciting Surah Al-Takathur, which mentions how man is preoccupied by dunya and engaged in consumption and reproduction, and dunya issues:

Competition in [worldly] increase diverts you (102:1)

Until man either dies or visits the graveyard, and learns from this.

Then you will surely see it with the eye of certainty.

Thus the son of Adam, keeps talking about his wealth, because it is uppermost in his mind. In Arabic we say, ‘Whoever loves something keeps mentioning it’. If someone is into science whenever you meet him, he talks about science, and someone into money is always talking about money. However the Prophet (peace be on him) is reminding us that we do not possess anything except what we have eaten, or worn, or spent in charity, which is what you put in your akhirah bank account.

And what is beyond this, you leave behind for people to inherit. (Muslim)

Curbing the desire to hoard

You spend all your life seeking dunya, collecting and saving and doing business but what you utilised is used, and whatever is left, is distributed among your heirs. You faced hardships and challenges to collect all your wealth, but someone else comes along and takes the fruits of your hard work, without having to make any effort to acquire it.

The Prophet (peace be on him) is saying that this is dunya, when you die, you leave it all behind, so make sure you send forward something which you can take with you. Don’t focus on amassing what you will leave behind. What you take with you are your actions.

The family go with the deceased, (though these days with the virus, we cannot even do that), his money (for instance they use his car to visit the cemetery) and his actions.

share
how to simplify and prioritise your lifezuhd and riqaq