How to deal with sin in the community 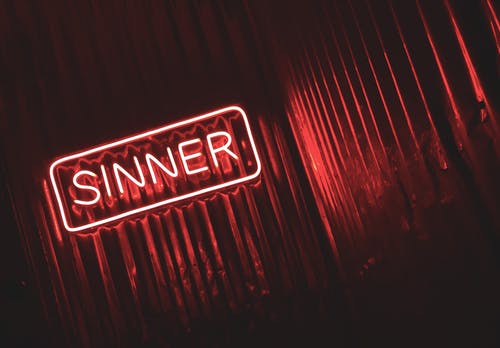 How to deal with sinners

Whether it is your family or friends or a public figure, every now and then, they make mistakes. Unfortunately as a community, we have many shortcomings, and one of these is that we don’t know how to handle people’s misdemeanours and mistakes, or ill judged statements, from an Islamic point of view.

Recently an unfortunate incident went viral. Video clips were being forwarded without any thought about the gravity of doing this.

Is this Islamic? Does our shariah approve this? I was very disappointed that many Muslims handle such incidents without a single regard for principles. People blindly follow the crowd and forward clips, instead of following the shariah.

Do not publicise sins

God does not like the public uttering of bad language, unless someone was wronged. God is Hearing and Knowing. (4:148)

News of sins should be kept private, unless action needs to be taken, or someone has been wronged or needs go to court.

Allah Almighty warns us clearly that the one who spreads sin will have a painful punishment not only in the akhirah but in dunya as well:

Those who love to see immorality spread among the believers—for them is a painful punishment, in this life and in the Hereafter. God knows, and you do not know. (24:19)

Even when the story is true – do NOT share it

The correct Islamic response is to refrain from sharing news or videos – whether they are true or not.

Contain sin as you contain a virus

Just as we stop the spread of a virus, by containing it, we have to contain the spreading of gossip in exactly the same way.

The Islamic concept is that when there is a sin, it is not meant to be a matter of gossip. Don’t spread the news of immorality.

You might say it is not your sin, but if you spread news of sin, you are a sinner as well.

When you spread the new of sin, you become a contributer to the sin and you have a share in it. So do not fall into shaytan’s trap.

When someone commits a sin

The first thing we need to understand is that we have no right to share the sins of people. It is not Islamic. At all.

Islamically when a sin is committed, we should be cautious in our reaction. We should make an excuse for the person who sinned.

O you who believe! If a troublemaker brings you any news, investigate, lest you harm people out of ignorance, and you become regretful for what you have done. (49:6)

Think well of others

Always think well of others. Don’t jump to the conclusion that they are guilty. When you hear something bad about someone, your first reaction should not be ‘I never liked that person and this confirms my bad opinion!’ Rather the first thing that comes to your mind should be to assume they are innocent until they are proved guilty.

Why, when you heard about it, the believing men and women did not think well of one another, and say, ‘This is an obvious lie’? (24:12)

You never know, but you might be in their position one day. May Allah protect us. How would you want people to treat you? Put yourselves in their shoes, as you may have done something which you don’t want people to know about and you would not wish it to be publicised when you regret doing it.

O you who believe! Avoid most suspicion—some suspicion is sinful. And do not spy on one another, nor backbite one another. Would any of you like to eat the flesh of his dead brother? You would detest it. So remain mindful of God. God is Most Relenting, Most Merciful. (49:12)

When you attack someone it will come back to you

When someone is attacked by others, don’t jump on him as well.

Do not help Satan against your brother. (Bukhari)

I know someone who was very harsh and outspoken when someone made a mistake. Without even getting to the details of the story, he started badmouthing them. Yet a year down the line, he found himself in exactly the same situation. When people started attacking him the same way, he tried to defend his actions and offer excuses for his behaviour. Now he was feeling victimised.

You don’t know all the details

We have to act with principles. Not follow the crowd. You might say it’s very obvious that someone is engaged in haram activities, but you never know the inside story. They might have been forced to do it or made a mistake in private and are then exposed deliberately to harm someone. You never know what is behind the camera.

What the Prophet (peace be on him) said about handling sinners

Ibn ‘Umar (may Allah be pleased with them) reported that the Messenger of Allah (peace be on him) gave us the principles of how to treat one another:

A Muslim is a brother of another Muslim. So he should not oppress him nor should he hand him over to (his satan or to his self which is inclined to evil). Whoever fulfills the needs of his brother, Allah will fulfill his needs; whoever removes the troubles of his brother, Allah will remove one of his troubles on the Day of Resurrection; and whoever covers up the fault of a Muslim, Allah will cover up his fault on the Day of Resurrection’. (Bukhari and Muslim)

In the narration of Tirmidhi and Ibn Majah, Allah covers the faults in both this world and in the akhirah. Whereas those who expose others are exposed in dunya. I saw it with my own eyes when that person who had denigrated someone else found himself in exactly that position within a year.

The Muslim community is not angelic. It is human. No one says we have no mistakes. The shariah wants to do two things – firstly control and secondly contain sin, rather than make it public. It is not possible to rid the world of all sin. Dunya will always have sins, it is the akhirah where there are no sins. So we try to control sin and minimise it. It is double haram – first the sin, then to share the sin.

Sharing videos clips or news of sin does not bring good

When people share clips and videos what is their intention? Perhaps they want to teach the perpetrator a lesson by shaming them, so they don’t do it again. Do they achieve this? No. Publicising is no less wrong than what they did.

If they committed a small sin, it has now been magnified. Now everyone knows about their sin, so their reputation has been tarnished and they have prevented them from repentance, by exposing their sin.

Help the sinner to stop sinning

If you are sincere, approach the person and tell them what you have heard. Ask them for an explanation, and discourage them from it. Help them to escape that sin. Don’t side with the shaytan against your brother. Otherwise you are pushing him further into sin.

Jabir ibn Abdullah May Allah be pleased with him reported:

A man came to the Prophet, peace and blessings be upon him, and he said, ‘O my sins! O my sins!’

The Prophet said to him, ‘Say: O Allah, your forgiveness is vaster than my sins, and your mercy is more hopeful to me than my deeds.’

The man said it, then the Prophet (peace be on him) said, ‘Repeat it.’

We don’t want to lose the sinner. We are that person. Do not claim that you have never sinned. We have plenty, may Allah forgive us. When you expose someone, they will be insulted and called names. Help him repent. In the hadith, Abdullah ibn Mas’ud said that the Prophet (peace be on him) said an nadhura tawbah:

To have regret is part of repentance. (Ibn Majah)

I am pretty sure anyone who committed a mistake will regret their sin. Any true believer will surely regret what he has done deep down.

Abu Bakrah (may Allah be pleased with him) said during his sermon at the Farewell Hajj on the day of Sacrifice at Mina, the Messenger of Allah (peace be on him) said:

‘Verily your blood, your property and your honour are as sacred and inviolable as the sanctity of this day of yours, in this month of yours and in this town of yours. Verily! I have conveyed this message to you.’ (Bukhari and Muslim)

We ask Allah to enable us to repent and accept the repentance of those who have committed sins and to bring them back to Him and make them closer to Him. Ameen.

Delivered by Shaykh Haytham Tamim at his Friday Reminder online on 29th May 2020.