How do you handle pressure and difficulties? 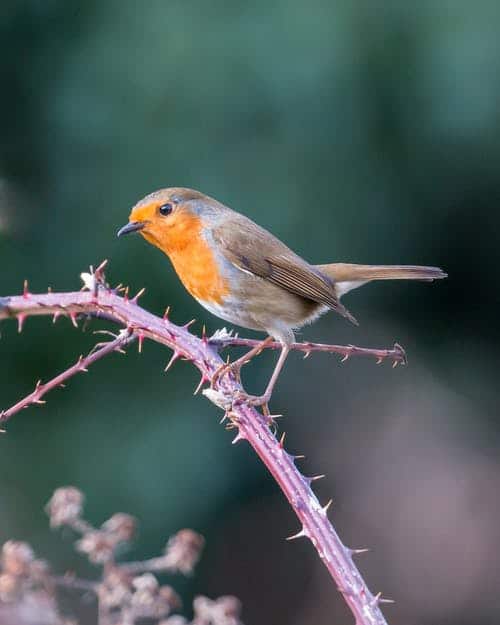 Abu Sa’id and Abu Huraira reported that they heard Allah’s Messenger (peace be on him) as saying:

Never a believer is stricken with discomfort, or illness, an anxiety, a grief, or mental worry or even the pricking of a thorn but Allah will expiate his sins on account of patience. (Muslim)

‘A’isha reported Allah’s Messenger (peace be on him) as saying:

A believer does not receive the pricking of a thorn or more than that but Allah elevates him in rank or effaces his sins because of that. (Muslim)

We see from this that we are rewarded for even the most minor discomfort, sadness or disturbance that we experience.

Whenever we are put under pressure, feel anxious, stressed or even angry, these are trials which can delete our sins. However, they do not delete them automatically.

Whether or not these bitter experiences delete our sins, depends entirely on how we handle them.

How do you handle the test you have been given? That is the question!

How do you cope with hardship?

We are all tested on a daily basis. Whether it is by the coronavirus, which keeps mutating and presenting itself as new variants, or whether it is the lockdown, or losing your job, financial difficulties, or the painful loss of loved ones, or conflicts at home or at work… our challenges keep coming.

What is really clear and certain in the narrations from the Sunnah is that through these, Allah Almighty will reward us, elevate our rank, and delete our sins if you manage them appropriately.

The magnitude of the trial increases the reward

Anas (may Allah be pleased with him) reported Allah’s Messenger (peace be on him) as saying:

Allah loves those He tests

When Allah Almighty loves someone He tests them, in the same way a teacher will set a harder paper for their top students to challenge them and give them the opportunity to show what they are capable of. Allah Almighty sets harder challenges for those whom He loves and who have the capacity to cope with bigger tests.

Those who pass with flying colours

Those who accept the challenges Allah Almighty sets gladly, receive His pleasure. Whereas those who object to His test and receive them with dissatisfaction, earn Allah’s displeasure.

Part of our imaan is “to believe in Qadar destiny, the good and bad of it”. (Muslim).

This means that we have to accept it. Not to complain about it. We can explain that we are feeling tired or in pain, when seeking help or support, but deep down if we are angry with Allah Almighty for putting us through this, it diminishes our reward from Him. Instead you will be sinful for objecting to Allah’s will.

Some of you may feel puzzled by this. I am not saying that you should celebrate when you are sent a calamity. However you do have to be careful what you think or say about it.

Remember who sent it. Where it is coming from. It is a test from Allah Almighty. We cannot comprehend His wisdom, so we need to trust Him and know that, no matter how bitter it may feel, there is deep wisdom behind it. And that it is for our benefit – not just in dunya but from the perspective of everlasting consequences.

Remind yourself that the test is a tool to make you better. Instead of complaining, say, ‘Ya Allah, lift this hardship. Support me, help me and grant me ease.’

Don’t say ‘Why did this happen to me?’ Why this? Say Alhamdulillah.

We learned what to say from Umm Salamah who narrated that the Messenger of Allah (peace be on him) said:

When one of you is afflicted with a calamity, he should say: “We belong to Allah, and to Him we do return.” O Allah, I expect reward from Thee from this affliction, so give me reward for it, and give me a better compensation. (Abu Dawoud)

Ihtisab is to trust that Allah Almighty will reward you for bearing your situation with sabr, without making a big fuss about it.

Anas (may Allah be pleased with him) said:

Haritha (b. Suraqah) was martyred on the day (of the battle) of Badr, and he was a young boy then. His mother came to the Prophet (peace be on him) and said, “O Allah’s Messenger! You know how dear Haritha is to me. If he is in Paradise, I shall remain patient, and hope for reward from Allah, but if it is not so, then you shall see what I do?” He said, “May Allah be merciful to you! Have you lost your senses? Do you think there is only one Paradise? There are many Paradises and your son is in the (most superior) Paradise of Al- Firdaus.” (Bukhari)

The mother of Haritha, who was Al Rubayyi’ bint Al Nadr, said she would bear her loss with ihtisab and sabr. The Prophet (peace be on him) said the same to his daughter when she lost her child. He told her to be patient and consider the reward from Allah.

Whether we have to endure small discomfort or a big calamity, we have to have sabr and know that there is extra reward in it, which will elevate our ranks inshallah.

Usamah bin Zaid (may Allah be pleased with them) reported:

A daughter of the Prophet (peace be on him) sent a message to him that her son was at his last breath, and requested him to come to her. The Messenger of Allah (peace be on him) sent back the informer saying: “To Allah belongs what He takes and what He gives, and everything has a limited period (in this world). So ask her to endure patiently, and expect the reward of Allah.” [Bukhari and Muslim]

This is the prophetic way to deal with calamities and tests. May Allah Almighty give us sabr and ihtisab. Ameen.