How Can I Spread Knowledge When I Don’t Feel Equipped? 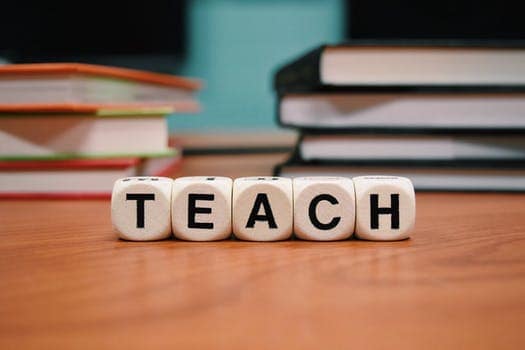 How Do You Know When You Have Enough Knowledge to Teach? 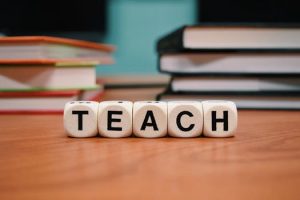 ‘Allah illuminates (or make radiant the face of) a man (or a woman) who hears a hadith from me, preserves it carefully, and passes it on onto others.’

What You Need before You Spread Knowledge

The essence of our religion is spreading peace and love around the world. In order for one to spread peace, one must be in a state of peace. This is accomplished by submitting to the will of Allah, and worshipping Him. This inner peace is obtained by doing the salah, fasting and the constant remembrance of Allah. Amongst the most important affects of these acts of worship and the profound
wisdom behind them, is that they create a direct bond between the worshipper and his Lord, creating peace and tranquillity whilst at the same time, strengthening and rejuvenating the faith that exists in the heart of the believer.
As you obtain peace in your life through the worship of Allah, you are required to spread this amongst your family, extending to your community and then to the society at large. All this begins with the self and how you should conduct yourself in any situation. The Messenger of Allah (peace be on him) was reported to have said:

‘I was sent to perfect good character.’

And good character starts with oneself; you should make your character appealing to your own self. This is accomplished by being aware and truthful about your conduct with the self and Allah. This is in essence having ihsan in all the action you perform. The Prophet (peace be on him) said:

A person with good character will naturally be the best amongst the people, he would be kind and dutiful to his parents, he will be generous with his neighbours, and caring for the poor and needy. He will extend in charity wherever he goes even if that means just smiling and giving salaam [greetings] to his brothers.
The beauty of a civilization is manifested in the values and manners embodied in the interaction of its members. The more dignified the manners, the more stable and vibrant the social fabric of a society. The principle of Islam is therefore bringing people to share common goals and values in society by spreading peace, justice, and fairness amongst all people under the unification of worshiping Allah and gaining his pleasure. These values are universal with the capacity to unite not only Prophet Muhammad’s  (peace be on him) own nation; the Arabs, but all the peoples of the world. The Qur’an says:

The Messenger of Allah (peace be on him) was a light to humanity; his teaching is nothing but a mercy for mankind. Anyone who follows the Prophet (peace be on him) connects himself and his actions to that of the Messenger of Allah.
The blessing of knowledge takes many forms, seeking it, benefiting from it and benefiting others by it is a blessing, preserving it and transmitting it to the following generation is a blessing, as is spreading to people. On an individual basis, in all its forms the one who is doing this is always engaged in the remembrance and worship of Allah. On a group level, as more people take on this responsibility, they are spreading goodness everywhere. And this is exactly what the Prophet (peace be on him) wants; for the people to worship Allah Almighty and live with one another in love, peace and with justice.
The Messenger of Allah (peace be on him) is therefore giving more incentives, he is making a du’a from his heart for Allah Almighty to put a special light in the face and heart of a person who learns his teachings, applies it in his own life and then passes it on to others.

Sometimes we like to be humble, or over cautious, we like to say that ‘I am still not ready to pass on what I have learnt over the years to someone else’ even though they could benefit from our knowledge. If we are always saying this, we will never be ready and we will never get round to achieving it. It is true to say you will not be like Imam Abu Hanifah as Abu Hanifah has indeed passed away. But when you learn something, you should aim to convey it to others even if it is little, because the Messenger of Allah (peace be on him) said:

‘Convey on my behalf even if it is only one verse of the Qur’an.’ [Bukhari]

The Shay’tan attacks human from the ‘door of doubt’, he will try to put doubt and invade your mind with it. He will come and whisper, ‘You have not learnt enough, you are still learning, in fact you are still crawling on the basics. Or you don’t have a strong memory or you have too many mistakes.’ You will hear this in your mind and will come to agree with him. You will say to yourself ‘I am not ready yet, I will pass it on when I have learned’. This will take you steps back as you would not have fulfilled the last condition of the hadith. Also this may result in you losing your knowledge:

‘for knowledge does not vanish except when it is kept secretly (to oneself).’ [Bukhari]

Instead you should say ‘I will insha Allah pass on to others what I have learnt’, and this will not only improve your knowledge but your character and imaan. All these doubts can be put to rest, if you have learnt something, then learn it well with its proper understanding. If you believe there are mistakes in your knowledge, then review it with your peers and your teacher. Commit what you have learnt to your memory, if you have a short memory, write it down. Review what you have learnt on a regular basis. Ask yourself, ‘If I was to teach this, what will I say? What will someone listening to the talk ask me?’ If you find that you do not know the answer to some of the questions, then ask someone who does. The student must ask questions and inquire about those things he or she may not fully understand. A good student is not measured by his or her total silence.
The companions used to ask question upon questions to the Prophet (peace be on him) until a subject matter became clear to them and they felt they were confident enough to teach others what they heard. If we are not willing to ask questions (from shyness or arrogance), then it shows that you are preventing yourself from gaining a deeper knowledge. You need to ask questions in order to gain knowledge. If you don’t ask, you will not learn. The Blessed Prophet (peace be on him) said,

‘Knowledge is a treasure whose keys are inquiry and the asking of questions. So you must ask questions for improving your knowledge, by this, four kinds of people will have the reward from Allah: The questioner, the answerer, the listener and the one who loves these kinds of people.’ [Mishkat]

These steps will not only alleviate many of the doubts you have but will insha Allah make you a better Muslim. Shay’tan is very experienced; he does not want you to move forward, so he wants to stop you on the first hurdle. He is cutting the tree (your knowledge) at the root before it has a chance to grow.

Avoiding the Pitfalls of Teaching

When you teach this knowledge to others in open or private gatherings and assemblies, you should not show off. You have to be careful in how you pass this knowledge with the correct etiquettes and manners. If you are in a public gathering, it is from what is good that you teach people. However wisdom is to be used in this matter. You should not tire the people by making it a habit that every single time you sit in a gathering you preach and address the people, since the Prophet (peace be on him) used to give them sermons now and then, and not too frequently. This is because the souls become weary and bored. When they become bored they become lethargic and weak and may even come to dislike what is good merely because of the frequency with which the person stands and addresses them.