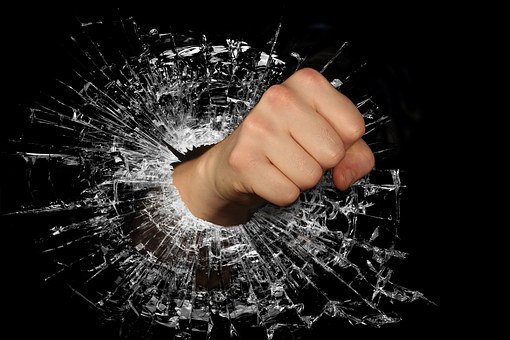 When Differences Shatter the Community

With Muslims always at odds with each other… With clashing points of view and clashing egos… What does the Qur’an tell us about differences amongst us?

There are many verses talking about differences, one of these is surah Yunus, Allah Almighty says:

Mankind were but one community (i.e. on one religion – Islamic Monotheism), then they differed (later), and had not it been for a Word that went forth before from your Lord, it would have been settled between them regarding what they differed. (10:19)

(All) people are a single nation; so Allah raised prophets as bearers of good news and as warners, and He revealed with them the Book with truth, that it might judge between people in that in which they differed; and none but the very people who were given it differed about it after clear arguments had come to them, revolting among themselves; so Allah has guided by His will those who believe to the truth about which they differed and Allah guides whom He pleases to the right path. (2:213)

If you search for the word for difference (khilaaf, ikhtilaaf, mukhtalifun) you will find more than twenty verses on this topic. Allah Almighty sent Adam and the messengers (peace be on them) to deliver justice, prevent oppression and to dignify mankind.

Over time people started to differ. Some commentators said these differences were in belief, and the reason why different religions and sects were born. Thus people crossed the boundaries that Allah Almighty set.

Cause, Effect and Solution

When we read through the verses on differences, we learn what drives us to differ and the consequences of having differences. Both can be summarised as three causes and three effects. And finally, Allah Almighty does not just identify the problem but also gives us the solution.

In many verses you find that the primary reason for differences is arrogance.  In many verses, Allah Almighty says the People of the Book differed after they had been given guidance and knowledge. So it was not ignorance that caused the disagreement.

In other scenarios there is ignorance and thirdly it is due to al hawa, (following whims and desires) that disagreements arise.

There are permitted and forbidden differences. Issues of halal and haram can vary legitimately between schools of thought based on which hadith, evidences and method of reasoning was used to arrive at the conclusion. These are allowed.

Differences which lead to splitting the ummah or lead to oppression are forbidden.

When there are differences, it causes rifts in the community. As son as one set of people begins to control or suppress others in order to make their opinion prevail, this is oppression.

In our history the fitnah of khalq al Qur’an which was a matter of historical debate, cost Imam Ahmed his life, as he spent 25 years in prison because his opinion, (which was in line with the majority of the ummah) that the Qur’an is the word of Allah Almighty and not created. The rulers followed the opinion of Muʿtazila that it was created and persecuted those who argued against this. Allah Almighty is warning us not to go down this route of divisions.

Staying within the permissible limits of differences enriches our understanding of the sunnah and the Book of Allah, which allows us to see things from different angels and accommodate different opinions.

By contrast, to cause harm to the ummah because of our differences is haram. Allah Almighty warned us many times, that if you differ to that extent you split your community and lose power and no one will respect you. Is this not the case today? Where is our power? We have everything. But at the same time we have nothing. We have our differences to blame.

The solution is easy as Allah Almighty and His Messenger stated:

We desperately need wisdom which we have lost. Wisdom comes with experience, training and age, so we need the wise people to lead the way and at the same time we need the energy of the youth. Otherwise the ummah is just breaking itself up into tiny pieces fighting each other.

We need this kindness and gentleness even in difficult scenarios. Harshness will not resolve any problem, instead it escalates harm.

We ask Allah Almighty to enable us to be wise and kind and people of understanding and to bring back veneration and power to our ummah. Ameen.