He is with you wherever you are 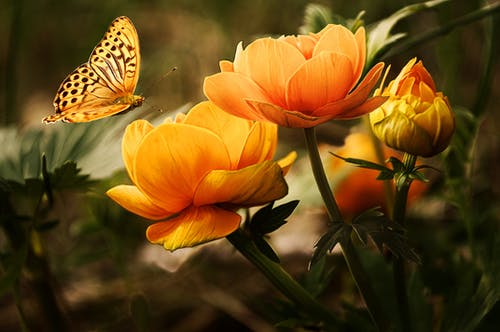 Surah Hadid: Reflecting the beautiful meanings of a beautiful Surah

He is the First and the Last, and the Manifest and the Hidden, and He is All-Knowing about every thing. (57:3)

It is He who created the heavens and the earth in six days, then settled over the Throne. He knows what penetrates into the earth, and what comes out of it, and what descends from the sky, and what ascends to it. And He is with you wherever you may be. God is Seeing of everything you do. (57:4)

He is with you wherever you are

We see in this ayah, the comprehensive knowledge of Allah, which penetrates the earth and our hearts. This means we should be careful about what we do.

He’s with you, even if you don’t realise it.

Be mindful of this. It is a reminder about ihsan which means to worship Him as though you can see Him.

It does not matter if you are alone or in a crowd, isolated or out walking, Allah Almighty is with you.

This means Allah Almighty is watchful over us, supporting us, protecting us and listening to us. If you want anything ask Allah, if you have any concerns, ask Allah. He sees you and knows what is happening in your life, but He likes to hear your voice, begging, crying and conversing with Him, calling on Him, seeking His help and support.

When we call on Him, we are demonstrating our deep need for Allah Almighty. He doesn’t need us, but we need him.

To Him belongs the kingdom of the heavens and the earth, and to Allah all matters are returned. (57:5)

This ayah reminds us that everything belongs to Him. We need not be anxious. We are being reminded that all matters are under Allah’s control. He gives and distributes His rizq (provisions) to whom He wants in the way He wants with His wisdom.

We have to keep our hearts pure and sound because Allah is aware of every passing thought and every feeling buried in every crevice of your heart. The heart is where He looks.

Allah does not look at your figures, nor at your attire but He looks at your hearts and your deeds. (Muslim)

How to gain divine light

Allah is teaching us about noor (divine light) and how to get it. The three ways to receive noor are:

The verses of the Quran,

And through the taqwa (obedience) of Allah.

He is the One who reveals clear verses to His servant, so that He brings you out from layers of darkness into the light. And to you, Allah is Very-Kind indeed, Very-Merciful. (57:9)

On the Day when you will see the believing men and the believing women, their light proceeding in front of them and to their right hands, (it will be said to them,) “Good news for you today! Gardens beneath which rivers flow, to live therein forever! That is the great achievement (57:12)

Allah Almighty is very raouf (kind) and very merciful. Though we keep sinning and making mistakes over and over again, He accepts the repentance of those who are sincere.

And those who believed in Allah and His messengers, – those are the Siddīqs (the most righteous after prophets) and the Shuhadā’ (martyrs) in the sight of your Lord. For them shall be their reward and their light. As for those who disbelieved and rejected Our verses, they are the inmates of Hell. (57:19)

O you who believe, fear Allah, and believe in His Messenger, and He will give you two shares (of reward) out of His mercy, and will make for you a light whereby you will walk, and will forgive you- And Allah is Most-Forgiving, Very-Merciful. (57:28)

Those who have no light

The surah also shows us scenes of the Day of Judgement. Allah Almighty opens many windows to the Unseen, such as that of the believer who will have light on the Day of Judgement and the hypocrites (munafiqeen) who will claim they were praying too, but they were not genuine. They will be submerged in darkness, despearate for light.

– the Day when the hypocrite men and hypocrite women will say to those who believe, “Wait for us, so that we may have a share from your light.” It will be said (to them), “Go back to your rear, and search for light.” Then a wall will be placed between them, which will have a gate. In its inner side, there will be the divine mercy, while towards its outer side, there will be the divine punishment. (57:13)

Allah Almighty then makes a comparison between those who came to Islam early and those who came later. Though they would like to be on the same level, they spent more years in delusion and sin. With sincerity people can be raised to higher ranks.

Allah Almighty reassured the muhajireen, those who migrated from Makkah to Madinah that although they had left their beloved cities and wealth and families, He would elevate them and boost their status and reward. This was the context in which the ayahs were revealed, but from them we understand that you can reach the highest ranks with sincerity, combined with good deeds and knowledge.

So, no ransom will be accepted from you today, nor from those who disbelieved (openly). Your abode is the Fire, and it is an evil end.” (57:15)

Surrender your heart to Allah

Is it not time for those who believe to surrender their hearts to the remembrance of God, and to the truth that has come down, and not be like those who were given the Book previously, but time became prolonged for them, so their hearts hardened, and many of them are sinners? (57:16)

Prior to his conversion, Al-Fudayl ibn ʻIyaḍ (died 803 / AH 187) used to lead a group of bandits, or highwayman, and was once climbing a wall, watching a passing caravan; when he heard someone reciting this ayah. When he heard it, he realised that he was a hypocrite, claiming to be submit to God while being a bandit.

With his new found piety, Fudayl left his criminal ways and wandered through the desert where he found a caravan camping – and overheard two men warning each other to be wary lest the bandit Fudayl ibn Iyad found them. He stepped out and introduced himself, acknowledging that he had repented and was no longer a threat to anyone.

After his conversion, Fuḍayl moved to Iraq, and studied under Ja’far al-Sadiq and Abu Hanifa and others. He became a scholar and a worshipper.

We need khusho’ and serenity from the Quran.

Has the time not yet come for those who believe that their hearts should be humble for the remembrance of Allah and for the truth that has descended (through revelation)?  (57:16)

Khushoo (tranquility) of the heart comes from the dhikr (remembrance) of Allah. It is as simple as that. It is not rocket science. One of the signs of imaan is that it increases whenever it hears the verses of the Quran. Whenever they recite the Quran it increases the tranquility in their hearts.

Reciting the Quran is not just for Ramadan We need to bring khushoo back to our hearts. The way to do this is by reciting the words of the Quran.

You need to read the Quran with full focus and pure intention. Understand that it is form Allah and you will feel tranquility from the bottom of your heart. Have the desire do read the words of Allah with full respect and acknowledging His majesty and then you will be showered by mercy and khushoo, even without understanding what is being recited.

Waves of khushoo will come. You need purity of heart to feel this. Otherwise reciting is merely a tick the box exercise.

If you are not reciting the Quran properly then you have hard hearts. What softens the heart is purity of intention. Keep asking Allah to purify your intention and give you tranquility and khushoo.

Know well that Allah revives the land after its death (15:17)

Sometimes we lose that someone will believe in Allah and suddenly he becomes committed to faith, because Allah revives dead land and brings it back to life.

We ask Allah keep our hearts full of tranquility and dhikr and keep it revived by the Quran. Ameen.