God vs gods – the debate in Surat Naml 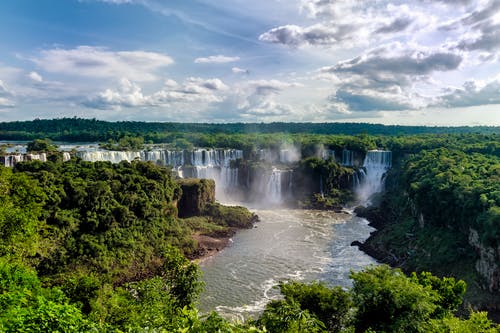 In the debate between the Prophet (peace be on him) and the disbelievers, Allah Almighty provides him with the right questions and answers to pose, and these are really special. They challenge the status quo, their mindset and practices to show the truth as it really is.

Say: Praise be to Allah, and Peace on his servants whom He has chosen (for his Message). (Who) is better?- Allah or the false gods they associate (with Him)? (27:59)

This is an open debate. Allah Almighty is saying ‘Let’s consider who is better Me or your idols?’ Of course Allah Almighty is better, but for argument’s sake, He allows for the possibility that there could be someone better than Him.

Or, Who has created the heavens and the earth, and Who sends you down rain from the sky? Yea, with it We cause to grow well-planted orchards full of beauty of delight: it is not in your power to cause the growth of the trees in them. (Can there be another) god besides Allah? Nay, they are a people who swerve from justice. (27:60)

Or, Who has made the earth firm to live in; made rivers in its midst; set thereon mountains immovable; and made a separating bar between the two bodies of flowing water? (can there be another) god besides Allah? Nay, most of them know not. (27:61)

Or, Who listens to the (soul) distressed when it calls on Him, and Who relieves its suffering, and makes you (mankind) inheritors of the earth? (Can there be another) god besides Allah? Little it is that ye heed! (27:62)

Or, Who guides you through the depths of darkness on land and sea, and Who sends the winds as heralds of glad tidings, going before His Mercy? (Can there be another) god besides Allah?- High is Allah above what they associate with Him! (27:63)

Or, Who originates creation, then repeats it, and who gives you sustenance from heaven and earth? (Can there be another) god besides Allah? Say, “Bring forth your argument, if ye are telling the truth!” (27:64)

Allah Almighty is drawing their attention to the common favours people have in their life which they take for granted. They never question who made these and how they could be grateful for this, rather than taking partners with Him and attributing what He has made to idols who are powerless to do anything.

The fate of others in the past is lesson for us

Allah Almighty then comments that if they travel through the earth they would see the fate of sinners and take a deep lesson from it by reflecting on their end. He is telling them be careful, if you tread their path, you will end up like them.

Finally, Allah Almighty says to the Prophet (peace be on him) not to be upset over the refusal of the disbelievers to believe.

But grieve not over them, nor distress thyself because of their plots. (27:70)

The Prophet (peace be on him) feels pain that they are not choosing what is in their best interests. That they are heading for self-destruction and desperately wants them to be saved. It shows the softness, kindness and purity of his heart in contrast to the stubborn intransigence of disbelievers.

Allah Almighty is telling him not to be downhearted. If they want to believe they will believe, but it is not in his hands.

We ask Allah to make us grateful to His favours always, and to open our hearts and enable us to see the truth and spread it and live it and be among the people of the truth. Ameen.