Glimpsing how the Prophet (peace be on him) prayed in private 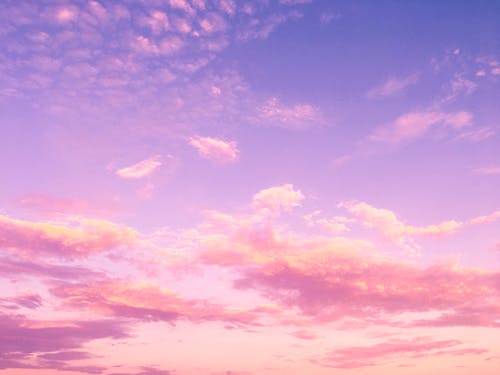 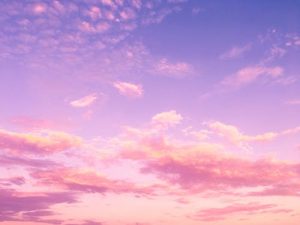 There is a very sweet narration by Hudhaifah ibn al-Yaman which gives us beautiful insight into how the Prophet (peace be on him) prayed. We can glimpse the quality of his prayer.

Hudhaifah tells us of the occasion he was praying with the Prophet (peace be on him), and we see this prayer unfold through his eyes, how he expected the Prophet (peace be on him) to stop after 100 verses of Surah Baqarah. But he continued reciting, which is 286 ayahs, to his surprise, he then began reciting Surah Nisa and then kept going and recited Surah Al Imran. (You have to remember that at that time the entire Quran was not in the order we have it today, as the revelation was still descending its order was not finalised til the end.)

The Prophet (peace be on him) used to recite slowly. When he read an ayah with tasbih (glorification) in it, he would pause and do tasbih. (This was a nawafil prayer, not fard). If he recited an ayah with a command to ask a question, he would pause and ask the question; if an ayah came mentioning punishment, he would weep, and then finally, he made ruku’ and then he made his ruku’ the same length has he had stood.

Hudhaifah (may Allah be pleased with him) reported:

I performed Salat with the Prophet (ﷺ) one night, and he started reciting Surat Al-Baqarah. I thought that he would go in Ruku’ (bowing posture in Salat) at the end of one hundred Ayat, but he continued (reciting); and I thought that he would perhaps recite (this Surah) in the whole Rak’ah (prayer), but he continued the recitation; I thought he would perhaps bow on completing (this Surah). He (ﷺ) then started reciting Surat An-Nisa’ which he followed with Surat Al-Imran. He recited leisurely. When he recited an Ayah which mentioned the tasbeeh, he would say SubhanAllah and when he recited the Ayah which tells how the Rabb is to be asked, the Messenger of Allah (ﷺ) would then ask from Him; and when he (ﷺ) recited an Ayah asking one to seek Protection Allah, he would seek Protection of Allah. Then he bowed and said, ‘Subhana rabbiyal-azim (My Rabb the Great is free from imperfection)’; his bowing lasted about the same length of time as his standing, (and then on returning to the standing posture after ruku’) he would say, ‘Sami’ Allahu liman hamidah,

Rabbana lakal-hamd (Allah listens to him who praises Him. Praise be to You, Our Rabb!),’ and he would then stand about the same length of time as he had spent in bowing. He would then prostrate himself and say, ‘Subhana rabbiyal-A’la (My Rabb the Supreme is free from imperfection),’ and his prostration lasted nearly the same length of time as his standing (Qiyam). (Muslim)

We see similar narrations by ‘Auf bin Malik and Ibn Mas’ud and Ibn Abbas may Allah be pleased with them all. These show us that he was reciting the Quran and experiencing it at the same time. It was not recitation for the sake of it, not a tick box exercise. He was living it.  If the ayah was about rahma, he asked for rahma, if it was about punishment, he sought refuge. He interacted with the Quran.

This was how he prayed in his personal space, not in public, he e Weill make in light for people. Mua’dh may Allah be pleased with him, prayed an Imam and recited Surat Al-Baqarah, but it was too onerous for the general public to pray for this length of time and concentration, so they told the prophet peace be upon him about it and he asked him no to prolong the Salah for them.

Jabir may Allah be pleased with him reported that Mu’adh b. Jabal may Allah be pleased with him used to pray with the Apostle (ﷺ), then came and led his people in prayer. One night he said the night prayer with the Messenger of Allah (ﷺ). He then came to his people and led them in prayer beginning with Surat al-Baqara. A man turned aside, pronounced the taslim (salutation for concluding the prayer), then prayed alone and departed. The people said to him:

Have you become a hypocrite, so and so? He said: I swear by Allah that I have not, but I will certainly go to Allah’s Messenger (ﷺ) and will inform (him) about this. He then came to the Messenger of Allah (ﷺ) and said: Messenger of Allah, we look after camels used for watering and work by day. Mu’adh said the Isha prayer with you. He then came and began with Surat al-Baqara. Allah’s Messenger (ﷺ) then turned to Mu’adh and said: Are you there to (put the people) to trial? Recite such and recite such (and such a surah). It is transmitted on the authority of Jabir, as told by Sufyan, that he (the Holy Prophet) had said: ‘By the sun and its morning brightness’ (Surah Shams), ‘By brightness’ (Surah Duha), ‘By the night when it spreads’ (Surah Lail), and ‘Glorify the name of thy most high Lord’ (Surah A’la). (Muslim).

Feel your salah and interact with the Quran

Make it a pumping heart in your life.

If we don’t do this in Ramadan, then when will we activate it in our life?

This is the month of the Quran, so it is a time of abundant mercy (rahma) and blessings (barakah) and guidance, but also a book that makes us active. First we need to be active with the Quran, whether it is in our salah or out of our salah.

If you can weep in our salah it is a good sign. If not, you need to work harder on yourself, so you can feel the Quran.

I ask Allah to enable us to receive the Quran and deliver the Quran as the Prophet (peace be on him) received it and delivered it. Ameen.

Shaykh Haytham Tamim delivered to Faith Inspire on 1st May 2020.