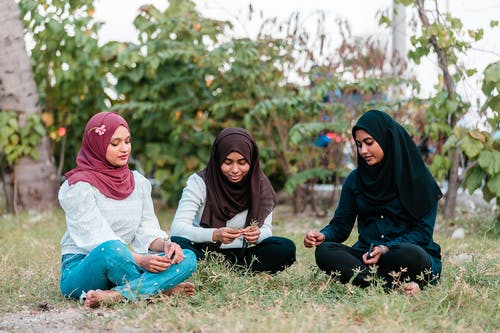 Rule 16: Supporting your brother or sister in their absence

In Imam al Ghazali’s Kitaab Al-Arba’in Fi Usul ad-Din, the 40 Principles in Religion, he sketches the the 20 rules for dealing with people in chapter 8.

The sixteenth rule is to support others even in their absence.

The ummah that cares

If someone backbites another person in your presence or steals their property and witness it, and can do something about it, but you do not defend them, because you feel it’s nothing to do with you, that it is not your business. It is not the right attitude. Having an ‘I do not care’ attitude is not from Islam. We have to care about what is happening around us and about fellow Muslims, friends, neighbours and colleagues. The correct Islamic attitude is ‘I do care’.

What goes round comes round

If someone’s reputation is attacked in your presence, you should defend it, otherwise you Allah will make you taste the same treatment.  When you most need your reputation to be protected, it will not be defended in your absence. If some people attack your friend or relative or colleague and you let them, then expect the same. So be careful.

There are some people whom you know are loyal to you – in your presence and in your absence. Others are very good to your face, but behind your back, you are not sure whether they will defend you, or even attack you. these are among the last principles that the Prophet (peace be on him) mentioned in his Farewell Speech during Hajj in Mina and Muzdalifa.

Indeed your blood (i.e. killing) your property wealth and honour is prohibited for you. you are not allowed to attack someone’s honour or reputation, take his money or kill anyone.

These things have sanctity. No one is allowed to attack it or shake it.

Rule 17: Be diplomatic and tactful (Mudaraat)

We need to use tact and diplomacy when dealing with people especially when we are with malicious people, for our safety.  Not everyone can master the art of diplomacy, for it is an art. There is a fine line between being tactful and hypocritical, and though it is easy to slip from one to the other, they are not the same thing.

‘O Aisha, truly the person in the worse position with Allah on the Day of Resurrection, is he who people abandon in order to get away from his vileness. (Bukhari)

There are some people who are disagreeable, they are troublemakers, they are loud, aggressive, provocative, and generally rude. It is not wise to tackle such people head on. They may be in your family or place of work or in your community. Do not want to make enemies of them as they can be very destructive and influential. This could bring a great deal of harm to you. A confrontational approach with them is likely to backfire, especially as they do take criticism well.

Without being a hypocrite, have a civil relationship with them, rather than an antagonistic one, so that you minimise their harm. Contain their evil rather than fuel it.

Do not deliver the truth with a sledgehammer

Do not deliver the truth with a blunt instrument, simply because it is the truth. Some people specialise in dumping the truth on you, without any regard for your feelings. They do not consider whether the time is right, or you are in the right frame of mind to receive it. Stating the truth in a harsh way is not the prophetic way. There is a way to say it, which will not only land more softly but be more effective than delivering it with the subtlety of a sledgehammer.

Speaking the truth is not a licence to trample on others’ feelings or ignoring the right etiquettes of delivering it.

Rule 18: Be cautious of being with the rich

This is another weak narration but the concept is expressed in the Quran, in Surat al Kahf:

And patiently stick with those who call upon their Lord morning and evening, seeking His pleasure. Do not let your eyes look beyond them, desiring the luxuries of this worldly life. And do not obey those whose hearts We have made heedless of Our remembrance, who follow ˹only˺ their desires and whose state is ˹total˺ loss. (18:28)

The ayah is referring to the poor people and those from the lower classes, such as those who lived in the back section of the Mosque, known as As Suffah, as they had nowhere else to live. They did not belong to the upper echelons of society. The concept here is that Islam is not restricted to a particular class, or race, rather it is for everyone. There is no class system in Islam. What makes you special is your intention and your actions.

In Makkah, when Islam was new, and it was the beginning of dawah, the elite classes could not bear the idea of having to attend a meeting in which their servants and slaves were present or treated as their equals. They asked the Prophet (peace be on him) to kick them out, so that they could deign to be Muslim. The Prophet (peace be on him) wanted to appeal to them, but Allah Almighty pointed out to him that they were arrogant and arrogant people will not believe.

Verily, the most honourable of you with Allah is that (believer) who has Taqwa [i.e. one of the Muttaqun (pious). Verily, Allah is All-Knowing, All-Aware. (49:13)

There is nothing wrong with having wealth. Wealthy people can be attached to Allah, but the warning here is that being attached to dunya, especially when Islam was starting out, would take it in the wrong direction.

Avoid people of ghaflah and the rights of Muslims (19-20)