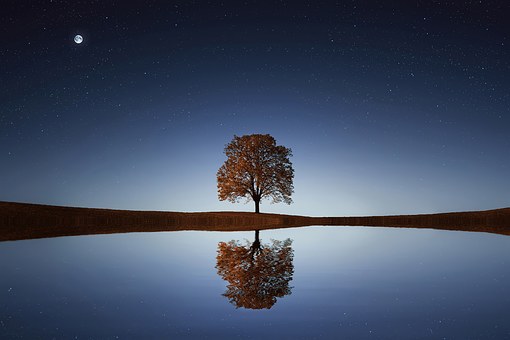 Talk by Shaykh Haytham Tamim on 28th May 2019 at Open Iftar, Westminster Abbey and Khutbah 31st May 2019 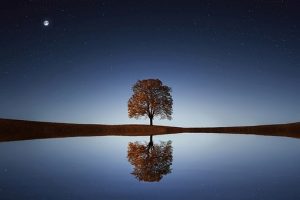 Life is busy – full of stress, fatigue, conflicts, tests and temptation… We are missing tranquility and peace.

Ramadan comes and brings peace back to our lives.

It puts us back in control.

It gives us the ability to control our desires, anger, and emotions. It begins in the mind, through building up cast iron will over our whims and desires, which gives us total control over our actions.

It is the time to change our selves and the opportunity to launch the New You.

In the last ten days we have the exponential increase of special blessings.

In Surah Qadr we are told of Laylatul Qadr – The Night of Honour and Status. (Laylatin Mubarakah ( 44:3).

We have revealed it on a Blessed Night—We have warned.

Not the Night of Power as has been wrongly translated)!

It is a blessed night whose special feature is peace – the pinnacle of peace.

These nights provide the resources to sustain and nourish us throughout the year. We can spend from this sustenance for the remainder of the year.

The two dimensions of peace – inner and outer peace.

Ramadan brings inner peace over 30 days though reconciliation with our Lord by being obedient to Him rather than rebellious.

Outer peace comes from seeking reconciliation with people: asking sincerely for their forgiveness if we wronged them.

We avoid conflicts by taking a step back rather than engaging in argument. By doing this we create a shield – against evil. The shield protects you outside and the peace gives you tranquility inside.

Fasting is a shield. So the fasting person should avoid obscene speech and should not behave foolishly and ignorantly, and if somebody fights with him or insults him, he should tell him twice, ‘I am fasting.’ (Bukhari and Muslim)

We are longing for this tranquility and it is in abundance in the last ten nights.

When Allah Almighty describes the night as a peaceful night, scholars commented on this in different tafseers. One interpretation is that salam is simply peace. Another is that the salam here means a greeting, where the angels descend and there is no place but occupied but angels on that night. All the angels including Jibreel will come down and witness the worship of our ummah. They will greet every mu’min (believer), with salam.

The reason behind their descending is that when Allah Almighty informed the angels in Surah Baqarah:

‘I am going to appoint on earth a khalifa (representative),’

They replied ‘you will appoint someone who will spread corruption and shed blood?’ (2:30)

To which on this night Allah Almighty will say look at my servants about whom you were objecting, look at what they are doing now, are they spreading corruption?’ Therefore the Prophet (peace be on him) was to seek laylatul qadr.

Some scholars also commented to say that one of the names of Jannah is called ‘dar-us-salam’ so it is the home of peace and laylatyl-qadr is like Jannah for the believers who are worshipping Allah Almighty on earth. It is like recreating the feeling of living in Jannah. This is not the only occasion we can do this. A hadith says that the Prophet (peace be on him) said that: ‘when you go across the gardens of Jannah, reap its fruits’. When the companions asked what were the gardens of Jannah the Prophet replied, the circles of dhikr, remembrance and knowledge. (Tirmidhi). They are from Jannah. You can combine the two and have a circle of knowledge, reminders and ibadat on laylatul-qadr such that it is a piece of Jannah.

The Prophet would seclude himself on the last 10 nights looking forward to laylatul-qadr. It is about re-connecting to Allah Almighty.

Whoever is standing in night prayers in laylatul-qadr out of iman of Allah Almighty and seeking reward from Allah his former sins will be forgiven.  (Bukhari and Muslim)

Laylatul-qadr therefore has many folds of goodness. It has peace, forgiveness, and the fragrance of Jannah. So we should be prepared for this night. The sunnah preparation is that the Prophet (peace be on him) used to do ghusl (take a bath) before laylatul qadr, preparing for the very special meeting with Allah Almighty during the night prayers, and communicating and having a conversation with Allah Almighty by reciting His book.

The night for dua

It is a special night, night of the Qur’an, of ibadah , and of supplications. Ask for whatever you want from Allah Almighty, on one condition. A hadith narrated in Tirmidhi and others says that the Prophet (peace be on him) said that: ‘call upon Allah with certainty that He will respond to you.’ Don’t have hesitation at all. You are asking the Almighty, who has control over everything! He is Al-Qadeer. Ask Him. This is His kingdom. Anything you want that is in line with the Shariah, ask for it. No matter what. No matter how difficult it might be. Ask. But have certainty in you heart that Allah Almighty is listening to you and will respond. He will. Unless you are hesitant inside, then He won’t. He treats you as you treat Him. Treat Him with certainty and He responds to you with certainty. Have conviction and you will get your answer inshaAllah. So let’s make this layla, night, and hopefully every layla like laylatul-qadr. A peaceful night full of ibadah , supplications, recitation of the Qur’an and not forgetting, asking Allah Almighty to free us from the Hellfire.

What is freedom from hellfire?

Scholars commented that every night in Ramadan Allah Almighty releases people from hellfire. Imam Al-Bayhaqi narrated that every night Allah Almighty releases 60,000 people from hellfire. And on the day of Eid Allah Almighty will realise a multiple of this (such as 30 times 60,000) on that day. Allahu Akbar! This is the rahma of Allah. To be released from hellfire means that Allah Almighty will forgive their sins, and He will accept their repentance. He will protect them from committing sins and even if they committed sin they will come back and repent and seek Allah’s forgiveness till they die. This is how they are released from the Hellfire. May He release all of us from the Hellfire! And also our parents, our spouses, children and beloved ones. And we ask Him to fill our nights and days with peace and give us the tranquillity which we are after. Ameen.

Try to imagine how the Prophet (peace be on him) used to do his ‘itikaf  in his very mosque with his companions. Imagine the peace which surrounded his mosque in his presence. Imagine the peace which enveloped the mosque with the attendance of the angels. Imagine the peace which surrounded the place where the light, blessings and rahma of Allah showered every single believer in that gathering. And we will have the same insha’Allah. But, we do not have the Prophet (peace be on him) amongst us. Nevertheless his teachings are still alive amongst us. Let’s revive this in our practice insha’Allah. And let’s stick to his sunnah more and be closer to Allah Almighty.