Defending the Uighurs in China 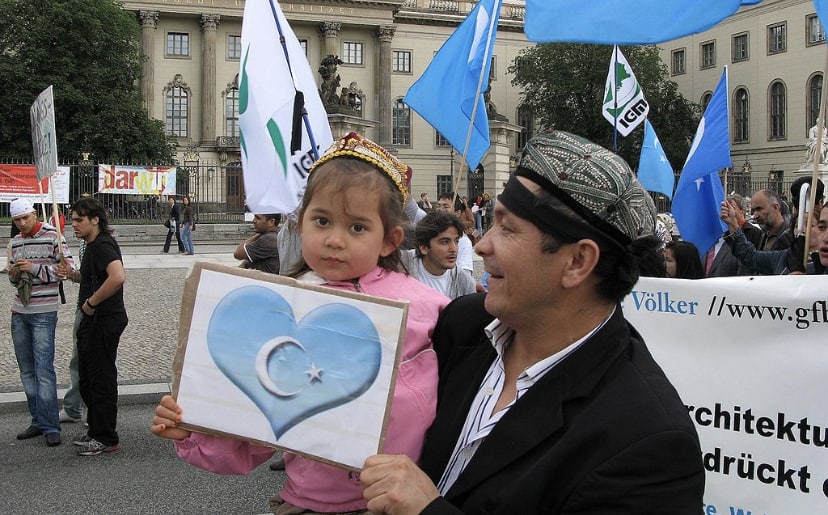 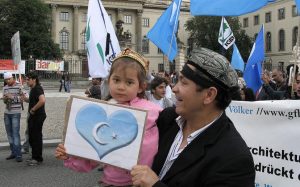 The right to life and religion

‘We have honored the Children of Adam, and carried them on land and sea, and provided them with good things, and greatly favoured them over many of those We created.’ (17:70)

In another verse Allah Almighty says:

O people! We created you from a male and a female, and made you races and tribes, that you may know one another. The best among you in the sight of God is the most righteous. God is All-Knowing, Well-Experienced. (49:13)

In the Hadith the Prophet (peace be upon him) says:

‘All of you are from Adam and Adam is made of dust.’ (Tirmidhi).

There are many verses and Hadith confirm the importance of respecting human life, regardless of background and ethnicity, colour, race or language.

All religions respect and honour mankind.

No one has the right whatsoever to abuse mankind. Not to look down at one another, even if they have a different creed, understanding or opinion. We have been commanded to respect one another. We are, after all, the children of Adam.

Respect and love all humanity

All religions impress the importance of love for one another. Musa, Eesa and Muhammad (peace be on them) all called for the same thing – to love your neighbour and fellow humans. Across the board, it is the same message.

The rise of hatred

In the US, Europe and elsewhere, waves of hatred are flooding the world. Though we try to stop it, it is penetrating every corner of the globe and worse than anything we imagined.

The election of Prime Ministers and presidents and representatives seem to keep moving in the same direction, towards the rise of hatred.

We see the same in Xinjiang, in China against the Muslims. Even if they hate Muslims, it does not give them the right to detain, repress, humiliate or abuse them. Yet because of their hatred, there is an ongoing, unjustified persecution of Muslims.

Allah Almighty made it very clear in the Quran:

‘O you who believe! Be upright to God, witnessing with justice; and let not the hatred of a certain people prevent you from acting justly. Adhere to justice, for that is nearer to piety; and fear God. God is informed of what you do.’ (5:8)

1 million Muslims are incarcerated in camps, because they are ‘terrorists’. I would understand if there were 5 or 10 or 100 or even 1000 terrorists but are there 1 million terrorists? Even if I go along with the government narrative that they are fighting terrorists, I cannot digest this figure. Do they think we are stupid? And even if they say they are ‘rehabilitating’ them why are they deprived of the right to fast in Ramadan, to wear hijab or to recite the Quran and anything connected to Islam? Is everyone who prays a terrorist now? Anyone who recites Quran a threat?

The international community are hypocrites, doing nothing but voicing the feeblest condemnations.

The systematic removal of Islam

During the Andalusian era we saw the same persecution and massacre of Muslims because they were Muslims. This changed the whole demographic of that region, as is being carried out in Xinjiang, where there are 10 million Muslims originating from Turkestan. They are a nomadic people who established a kingdom in the eighth century in what is now Mongolia. The Uighurs claim thousands of years of history in the rugged terrain of Xinjiang, which borders eight countries. They’ve been under Beijing’s control since China’s communist revolution in 1949, and since then there has been an ongoing struggle and narrative against three evils: extremism, terrorism and independence.

This witch-hunt trend was started by the US and it’s infamous creation of Guantanamo Bay, the essence of all evil. There are some cases of terrorism without doubt which are genuine, but the majority were not real terrorists. Of course no one can defend terrorism, but you cannot stick the label of terrorism on innocent people to persecute them and have a carte blanche to do anything inhuman, illegal and against all basic principles.

The label of terrorism

Terrorism is a magic word these days – put anything under the banner of terrorism and you can dispense with any principles to effect the changes you want.

Ibn ‘Umar (may Allah bepleased with them) reported:

In another Hadith we were told:

Abu Bakr (may Allah be pleased with him) said, ‘I heard the Messenger of Allah (peace be on him) say:

‘Verily, if the people see an oppressor and they do not seize his hand, then Allah will soon send punishment upon all of them.’ (Abu Dawood and Musnad Ahmad)

How can we stop oppressors when they seem far beyond our reach? If we say we cannot do anything, then no one will do anything. We can try our best through social media and the media to present the fair case of the oppressed Muslims and any other oppressed group. We can write to our MPs and boycott Chinese brands which I know is too hard for many people, we can donate to their cause and at least we can keep them in our dua.

Believe it or not there are Concentration Camps with 1 million Muslims and they are being monitored, controlled and subjugated by new technology such as facial recognition.

Chinese authorities call them ‘voluntary education centres’ to purge ‘ideological diseases’x foreign news outlets and human rights groups have reported physical and psychological abuse on a massive scale. Uighur citizens in the camps have been forced to disavow their Islamic beliefs, praise the Communist Party and endure solitary confinement, according to the Associated Press.

We need to raise our voice and defend anyone who is oppressed. Now it so happens they are Muslims but at another time it might be non Muslims – whoever it is, there is no justification for abuse or oppression against anyone.

‘Beware of oppression, for oppression will turn into excessive darkness on the Day of Resurrection’. (Muslim.

Therefore we need to be active, rather than passive and just making dua, it is not enough. We simply have to do more to defend those in need from Palestine to Iraq, Yemen to China. You can see that the majority are Muslims. I can assure you as it says in the Arabic proverb, ‘if you corner a cat it will become a lion.’ All this repression under the banner of fighting terrorism, will backfire.

What is happening in Xingjiang is terrorism against Muslims. No matter what it is being called by the government. It is not justice.

It is very sad to see us being attacked as Muslims most commonly as terrorists. The Prophet (peace be on him) mentioned that ‘Nations will attack you left right and centre as the beasts are attacking their prey.

They asked, ‘Is it because we will be too small in number?’ He replied, ‘No you will be huge in number, but you will be like the scum of the rain.’ (Abu Dawoud)

Unfortunately, we have lived to see that. We are 1.8 billion but scattered and divided. Had we been one hand, one heart, one voice, no one could have abused us. No one.

These atrocities are a wake up call for the ummah to come together and unite.

We need to be more vocal. We ask Allah Almighty to give relief to all people who are oppressed everywhere. And we ask him to enable us to be among those who promote justice. Ameen.

Khutbah delivered by Shaykh Haytham Tamim on 27th December 2019. Transcribed by A Khan