Corruption, arrogance and temptation – the story of Qarun in Surat al Qasas 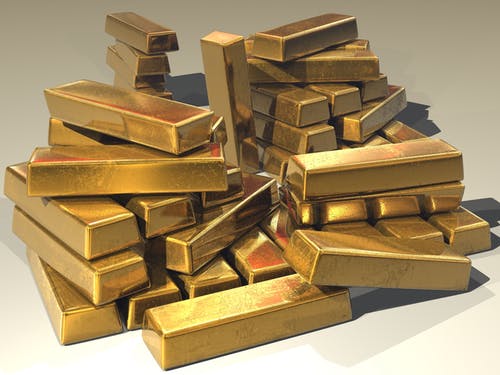 Towards the end of Surat al Qasas, Allah Almighty mentions the story of Qarun. He says:

Indeed Qarun was from the people of Musa – he then oppressed them; and We gave him so many treasures that their keys were a heavy burden for a strong group; when his people said to him, “Do not show off – indeed Allah does not like the boastful.” (28:76)

Ibn Kathir mentioned in his book Qasas al Anbiya, a history of the prophets, that Qarun was the cousin of Musa (peace be on him). Scholars concur with this opinion. According to some Israelite traditions, Qarun was a good reciter of the Torah and had a beautiful voice, and was a very dedicated person, before he transgressed.

Allah Almighty does not mention the details of this. However we can see from the sequence of the story in the Quran that he amassed a huge amount of wealth and became ‘filthy rich’, to the extent he became arrogant and wearing extravagant clothes and ornaments.

Allah Almighty punished Qarun for his arrogance. He has mentioned Firaun, Haman and Qarun for their arrogance. Even though Qarun belonged to a good family and was from the believers, his transgression leads to his punishment. Being from a good family does not give you a licence to get away with everything.

Thinking that your achievements are based on you alone

When people asked him to give charity, he said it was his wealth, acquired through his intellect and efforts:

He said, “I got this only due to knowledge I have” and does he not know that before him Allah destroyed the generations who were stronger than him and more in number? And there is no questioning of the guilty regarding their sins. (28:78)

He did not recognise that his intellect, knowledge and wealth were gifts from Allah Almighty, or that he had to give the poor their rights. He is described as a corrupt person.

Allah Almighty punished Qarun for his arrogance and corruption.

So We caused the earth to swallow him and his dwelling place. Then he had no group or party to help him against Allah, nor was he one of those who could save themselves. (28:81)

We can be tempted at anytime

Whatever you have been given from Allah, use it for the akhirah. Of course, do not neglect to keep your share from the dunya:

Seek by means of the wealth that Allah has granted you the Abode of the Hereafter, but forget not your share in this world and do good as Allah has been good to you and do not strive to create mischief in the land, for Allah loves not those who create mischief.” (28:77)

There is the life hereafter which We have prepared for those who do not want to impose their superiority over the others in the land nor commit evil therein. The happy end certainly belongs to the pious ones. (28:83)

Everything will perish except Allah

In the very last ayah, Allah Almighty tells us:

And call not upon another god with God; there is no god but He. All things perish, except His Face. His is the Judgment, and unto Him you shall be returned. (28:88)

We see the contrast between Qarun and Musa (peace be on him), who showed humility when he helped the two girls who needed to fill their water vessels. He did not say ‘I am Musa; I will not do this’. Unlike Qarun considered himself above everyone else.

Your good deeds will be in your savings account. Be careful and always ask Allah Almighty to keep you on straight path. Act with humility.

We ask Allah to give us humility and keep us on the straight path. Ameen.