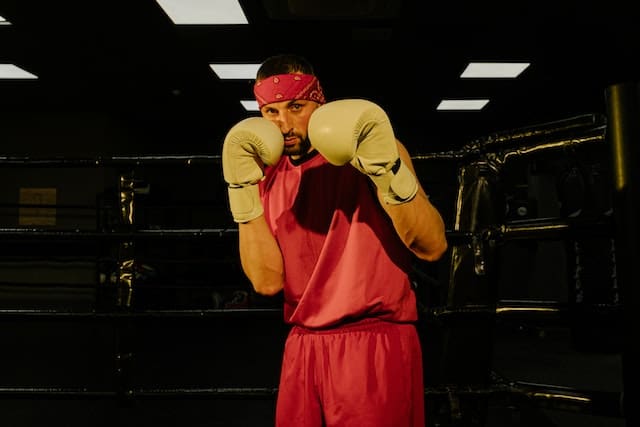 Abu Ad-Darda (may Allah be pleased with him) narrated that the Prophet (peace be upon him) said:

‘Whoever defends his brother’s honour in his absence, Allah will protect his face from the hellfire on the day of Resurrection.’ [Tirmidhi]*

This hadith is one of the ahadith that established a new social code – the Islamic social code, which brings tremendous goodness in society if we follow it.

The Prophet (peace be upon him) taught us in his narrations how to behave in different scenarios. It is like a manual, saying open this page for this scenario and the next page for the next scenario. One such scenario is backbiting.

Backbiting is a common phenomenon in every community, not just the Muslim community, so how do we deal with this?

Don’t listen or add to gossip

In this hadith we are told that if the one who hears the backbiting does not passively absorb it, or worse actively participate in it, but instead defends the one being backbitten in their absence, he will receive a huge reward.

We can visualize the scene – some people are sitting together – online or offline, physically or virtually, but when a name is mentioned negatively, those listening start adding to the criticisms, elaborating further about their mistakes and adding a catalogue of other accusations, while that person is not there to defend themself.

This hadith is saying that one should not initiate or fuel gossip, because that is haram. It is a blameworthy characteristic which eats up your hasanat, your reward; as a fire consumes fuel or the wood.

What are your options when you hear backbiting?

2. Leave when there is gossip

If they insist on continuing and you have no authority or control over them, then leave. This is how the Prophet (peace be upon him) is teaching us to be agents of good, and active in spreading goodness instead of being negative or passive. Don’t be part of it and don’t allow evil to happen in your presence.

Therefore the second option when someone starts backbiting is to leave to save yourself from being part of this haram and have peace of mind.

The most rewarding option is to stay and defend the one being slated. Therefore, rather than escaping the conversation, don’t leave someone to be slaughtered in their absence because they cannot defend themselves. Be their defender.

If possible we should talk about the virtues of the person being criticised, look at the good things that they have done before, look at what they are doing now and talk about them.

It’s a brave thing to defend someone in their absence but it’s a very rewarding thing to do. This is what the Prophet (peace be upon him) is encouraging us to do. Look at the reward!

Whoever Allah will protect the face of whoever does this from the hellfire on the Day of Resurrection. For the small act of charity or bravery you carried out in the dunya, Allah will protect your face from hellfire, because this is an act of goodness. Firstly, you are protecting your brother’s honour. Secondly, you are stopping evil, and thirdly, you are contributing towards good. You have extinguished the fire instead of letting the fire run wild. You are a firefighter, and you are rewarded by Allah Almighty; He will protect you from the fire, which you have stopped.

Why do you need to defend the absent?

The hadith mentioned ‘in your absence’ because in their presence it’s not up to you to defend them, although in some scenarios you may be able to aid them. Otherwise, it is up to them to defend themselves, because they can confirm or reject these news or these accusations.

The difference between doing it in their absence rather than their presence, is that doing it in their presence may be hypocrisy to score points so you can get a favour from them later. This is not purely for Allah’s sake. This is why the hadith says, ‘in his absence’: it doesn’t mean in his presence you just leave him and fail him and don’t protect him or support him in goodness. But it’s more rewarding in his absence because it’s purer.

There’s another hadith, which is in line with this hadith by Abu Dawood, the Prophet (peace be upon him) says:

Although this hadith has some weakness in it, but the meaning here is that if you could have defended your brother when he needed your help, and you failed him, then when you need his help, you will be failed. So you reap what you sow. If you planted goodness, Allah will reap the fruit of goodness. If you planted failure, Allah will make the fruits  failure. It’s up to you – you decide what to do.

How do you define backbiting? Usually in conversation people give a lot of information about what people in their families are doing, or what other people are doing; is this backbiting?

The Prophet (peace be upon him) answered this question. He said that the definition of gheeba is when you mention something about your brother, which he would hate you to mention. If you are praising someone or mentioning good things about them in their absence, it’s not gheeba – it is good. However if you are mentioning something that would make them upset or angry if they heard it, then it is gheeba.

Can you discuss family members by name with people they will never meet?

If what you say about them in their absence would upset them in their presence, it is gheeba, even if they are hundreds of miles away. If you talk about them with naming them and their connection to you, that would be permissible but one’s conversation should not generally be a re-telling of what is going on in other people’s lives. It is worth reflecting on what one talks about as Allah commanded us to ‘say what is best’. [2:83]

Can you offload without naming people?

Yes you can but don’t identify them. You can talk about a case but when once you mention a name it becomes backbiting.

If someone is trying to explain that their behaviour is a consequence of their upbringing is that gheeba?

If you are a specialist and you can help someone it is fine for them to share details of the issues in their life and how their relatives or relationships have impacted them. However if they are just off-loading this can be gheeba.

Sometimes people need to vent and release their sorrow. Can they relieve their distress by talking to someone about it, especially those who live on their own need an outlet for their emotions?

If they talk to the right people, who will not share their news out or spread it, then it is permissible. One may confide in a spouse, or a trustworthy friend but should not give excessive or unnecessary details. And should not discuss it with all and sundry or with people who might spread it to others. This would this create more harm rather than minimise it and it’s not allowed.

Can someone talk about it if they are being oppressed?

Allah answered this in the Quran, when He said ‘Allah doesn’t like talking about evil things unless there’s a case in oppression’.

Allah does not like the public uttering of bad language—unless someone was wronged. Allah is Hearing and Knowing. [4:148]

If you go to court and there is a case, you are allowed to mention the any details related to the case. If there is oppression one can disclose it, however it is not allowed to speak badly of others, spread rumours and pass on news of things others have done wrong etc. Unless there is a need and it is to end oppression.

Women often talk about their children – what they’re doing, how they’re feeling, what they’ve done. Is this backbiting?

In a workplace if a colleague offloads about what is happening at work e.g. saying something about others such as they are always late, or leave early, and the boss does nothing about it, is that permissible? It’s expressing facts that are frustrating as there’s nothing they can do about it. When you get sucked into somebody’s offloading, are you part of gheeba?

Take a step back, try not to let it frustrate you and try to do the right thing, bring the team together, boost the energy and bring the workplace back on track.

The definition of gheeba is mentioning what is factually correct, otherwise it is butan. Butan is more sinful than gheeba because it’s creating a lie.

If the situation is wrong then someone needs to be told about it, to change it. Deliver it in the best and wisest way to rectify the situation and make it better.

If there’s something wrong and everybody is staying silent because they don’t want to do backbite is that wrong?

Sometimes you have to discuss the situation at work to bring a solution but it involves mentioning names. Is that OK?

Yes, discuss the issue with them. If they refuse to discuss it or say they are being harassed then involve HR and choose the right procedure to fix it.

If there’s someone who’s annoying everybody, and then people are talking about them behind their back, but you defend them, won’t make them more annoyed and aggravate the situation. So what would you do then?

There are exceptions; it depends on the details of the scenario and the case. There is no ‘one size fits all’ solution.

If someone is off-loading how much can they say to you?

You have to judge when it crosses the line, if it is helpful or not, sinful or not. Use the principles to steer the conversation away from details that are not necessary.

I heard that there are exceptional situation when gheeba is allowed, such as seeking advice, a proposal for a brother or sister, identifying a person who has disability or physical condition, is this right?

Yes there are 6 exceptions.

6 occasions when you can backbite

These are exceptions but the default position is not to backbite.

*Iman Ahmad in his Musnad, he has a similar hadith but is narrated by a female companion Asma bint Yazeed ibn Al-Sakan.