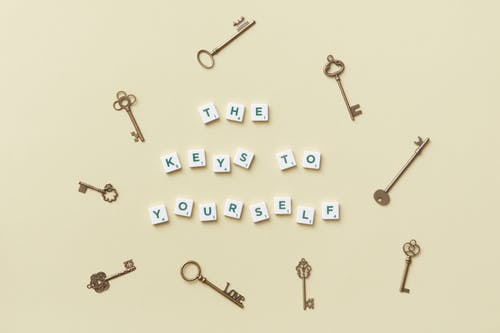 The first five surahs that were revealed were Iqra, Al Qalam, Al Muzzammil, Al Muddaththir, Al Fatihah. We derive lessons in how to transition from each one and it is not coincidental that the first revelations are about change, which is ghayara in Arabic.

If we google ghayara and ghayiru, we find them in two verses in two surahs. The first is Surat Al Anfal and the second is Surat Ar Rad. These are:

‘That is because Allah would not change a favour which He had bestowed upon a people until they change what is within themselves. And indeed, Allah is Hearing and Knowing’ (8:53)

‘Indeed, Allah will not change the condition of a people until they change what is in themselves.’ (13:11)

Change is conditional: Be proactive

The key words in this ayah are ‘la’ (will not) and ‘hatta’ (until). There are conditions. Change is not free of charge. You have to take the first step and then Allah grants the second step. This is Divine Sunnah, (Sunnah Koniya), regardless of imaan. If you do this, you will achieve change.

This is the rule if you follow it, you can achieve success. If you do not change, you experience failure. Unfortunately we are at the top of the list of failure!

Do not turn a blind eye when there is oppression

There are plenty of verses similar to this, but referring to punishing the community when they disobey commands. From the Sunnah, another divine ruling is that if people in general see oppression or an oppressor and they do nothing to stop him, they will most definitely be punished by Allah Almighty. If they stop him, they receive multiple rewards. But if they are pious, and praying and fasting, yet stand by and let oppression continue, they will perish.

This situation is unjust, you have to act. You cannot be a spectator. Change is an imperative.

Our reality is either with us or against us. Part of the package is that we will have difficulties and tribulations.

Balance the evil with the good

The Prophet (peace be on him) was very clear that if evil overtakes good, we will be perished. If we have a sheet of paper and every time we make a mistake we put a dot on that sheet, in no time it will be obscured by dots and that is when punishment will come. That is why we have to ‘follow up a bad deed with a good deed’. That is how we delete the dot.

We are human and not angels, so we do commit sins and our society will be full of sins. One day, inshallah when we are all in Jannah, there will be no sins. But in this lifetime, that is not the case.

This is why we have to balance the bad deeds with the good deeds. If there are only bad deeds, then we will perish. We can sometimes move forwards, and at other times backwards. If we only move in one direction, we will be hit. If people are able to change evil but do nothing, then they will be punished. Don’t sit back and say you are weak and do nothing. If we try our best, we will not be punished.

Our Ummah is facing trials now because we have never responded properly to Allah’s commands, because we were preoccupied. Now we have conflicts everywhere. There are many narrations regarding good character. Sahih Bukhari has a less famous book, called Adab al Mufrad, he said a man can reach the level of man who is standing throughout the night in qiyam (prayer) and fasting all day, without doing these when he has good character.

When Allah mentions Musa (may Allah be pleased with him), he relates many miracles. When he talks about Eesa (may Allah be pleased with him), again we are told of so many miracles, when he mentions Muhammad (peace on him) we are not told about his miracles. It is not because he had no miracles. It is because the Quran wants to highlight an important fact. Why? Because the Quran IS the miracle.

Aisha (may Allah be pleased with her) said: ‘Kana khuluqu-hul-Quran’ i.e. ‘The Quran was his character’ – the Prophet (peace on him) was a walking Quran; he mirrored the teachings of the Quran in his daily life. Unlike the time-limited miracles of the previous prophets, his miracle is ongoing till the end of time.

Just as a needle becomes magnetised through exposure to a magnet, and continues being magnetic afterwards, we become magnetised in the company of the Quran. We become agents of goodness, and are attracted to goodness. Our reality changes and then the magnetic effect takes over.

Do not go to extremes

Our Ummah and our universities have been hijacked by two types of groups – Salafis and Sufis. There is no middle path. Good character is not the exclusive property of Sufis or Salafis, it is the Sunnah. We have to revive the Sunnah.

Allah is talking to us through the Quran. When we recite we receive light and guidance. However our receptivity is not always optimum. As with mobile phone reception, we need to change our position to get a better signal. You only live once on earth, so let’s enjoy the full service of the Quran.

In our tarbiyya, sometimes we have this sense of superiority, that we are perfect in everything and then we look down on others. Who said no one else has good character? The Quran has been sent to build on good character and make it better.

There are ten keys for change:

We CAN change our approach and our vision and our practice.

The Significance of the Sequence of Revelation

Learn Optimism from the Prophet (peace be on him)

Inward and Outward Change part I

Is it possible to change?

Balance between the inward and outward in Islam