Are these really ‘unprecedented times?’ 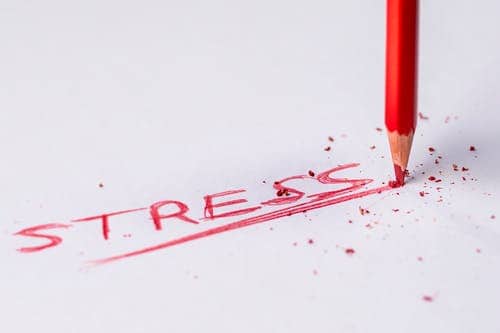 We keep hearing that these are very difficult times and the phrase ‘this is an unprecedented situation’ keeps popping up. The news has been dominated by bad news on a daily basis for so long. Life is not the same as it was a year ago and it is not surprising that the nation is weary, frustrated and fed up.

Yet, are these times as difficult as we think?

Is it time to step out of the echo-chamber that keeps reiterating that life is hard and it has never been like this before?

We are not alone

A glimpse at the Quran shows us that we are not the only ones to be tested.

All nations faced difficult tests in their lives, according to their time, their circumstances and their abilities. What did Allah Almighty say in the Quran about these ongoing tests which previous nations faced before us?

Do you think that you will enter Paradise while you have not yet been visited by (difficult) circumstances like those that were faced by the people who passed away before you? They were afflicted by hardship and suffering, and were so shaken down that the prophet, and those who believed with him, started saying: “When (will come) the help of Allah?” (Then, they were comforted by the Prophet who said to them) ‘Behold, the help of Allah is near.’ (2:214)

This ayah was reminder that prophets and messengers were personally shaken by adversity, as well as previous nations who suffered huge calamities, devastating disasters and massive difficulties in their lives.

We are not alone.

This is Allah Almighty’s system. He has tested people throughout time. Every time faces its own test and every nation has its own struggles. This is our test.

The purpose of the test

Allah Almighty is telling us that hardship and suffering is a test for believers and for non-believers. This ayah gives us an overview of the fact that Allah Almighty tests people and what we learn from it.

The first point is that we are being tested in the quality of our imaan, and to gauge our level of goodness and evil. The test exposes our weaknesses and gaps; and is part of our bigger test for the akhirah. It is our opportunity to prepare to be a better nation and better humans.

Shaken to the core

In other verses in Surat al Ahzab, Allah Almighty says:

O you who believe! Remember God’s blessings upon you, when forces came against you, and We sent against them a wind, and forces you did not see. God is Observant of what you do. (33:9)

When they came upon you, from above you, and from beneath you; and the eyes became dazed, and the hearts reached the throats, and you harboured doubts about God. (33:10)

During the Battle of the Ditch, believers were surrounded by the enemy, who out-numbered them and comprised a daunting 10,000 who wanted to kill the Prophet (peace be on him) and his companions.

It was terrifying for them. Their hearts were in their mouths. Though Allah Almighty protected them, having to face this attack made those with weaker imaan doubt Him and wonder if they would be wiped out.

Yet the stronger believers had firm faith and were resilient against disbelief. Even under extreme pressure, when they were shaken to the core, their imaan did not waver.

The imaan of strong believers increases under pressure

In the Surah, Allah Almighty shows the positive psychological growth of believers under stress.

Their tests brought them closer to Allah Almighty, boosted their imaan and their tawakkul (reliance) on Him. It allowed them to chance to review their book of records, rectify their mistakes. It gave them more certainty (yaqeen) in Allah Almighty.

The effects and repercussions of Covid 19 on our health, society, mental wellbeing and economy have now afflicted us for more than 10 months. We are struggling with the consequences and we expect the situation to worsen. Some areas already have tighter restrictions on them. Financially it is a very uncertain time for most families.

Yet with all this, it is nothing compared to what previous nations suffered or indeed what other nations around the world have been enduring. Don’t say it’s too much. Let’s learn from this lesson and be like the firm believers Allah Almighty mentioned in Surah al Ahzab:

This ayah mentions those who passed during the calamity at the time of the Prophet (peace be on him) and it also applies to those whom we have lost through Covid and other means.

Today we lost one of the giants of Islamic finance and Islamic fiqh in the world, Allama Professor Shaykh Sattar Abu Ghuddah, one of the founding fathers of Islamic finance. Shortly after we lost another giant Dr Hussain Hamid Hasaan in August 2020. I was blessed to have the privilege of meeting them both, and to have the opportunity to learn from them and share special moments with them in workshops and on Shariah boards.

May Allah have mercy on them and elevate their status, and give their families sabr. May Allah forgive them and make them among the people of paradise and grant them the company of the Prophet (peace be on him).

It is very sad to see these mountains and giants leaving us. We hope that Allah Almighty facilitates it for us fill these gaping holes which they have left behind from our future generations. Allah Almighty is most generous.

These tests bring us close to Allah,  and we certainly need to be closer to Him inshallah. Never give up. Never lose hope. Always rely on Allah for ‘Indeed the help of Allah is near’.

Thought for the Week by Shaykh Haytham Tamim