Trying to pervert the truth 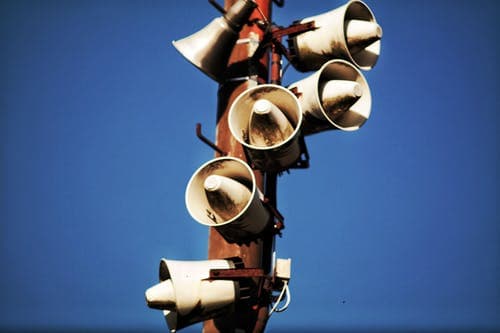 There is a man among the people who buys discourses of destruction, amusements so he may mislead people from the way of Allah and make a mockery of it. For such people there is a disgraceful punishment. (31:6)

Tafseer books mention that this ayah is referring to a man from Quraysh called al-Nadir ibn al Harith. Whenever he heard the Prophet (peace be on him) reciting the Quran, he would turn away with arrogance as if he was deaf:

And when Our verses are recited to him, he turns away arrogantly as if he had not heard them, as if there was in his ears deafness. So give him tidings of a painful punishment. (31:7)

He wanted to stop this message. As there used to be trade convoys which went to Persia, he visited it and learned the stories of Persian kings and hired a narrator to narrate them when he returned to Makkah. This would distract them from the message of Islam.

It is the equivalent of social media in our time and the television before that. It was the means by which news and entertainment were spread. On top of this, he bought a special slave girl who was  singer who would accompany the stories with her songs.

He would send them to anyone interested in Islam, who was either about to accept Islam or a new Muslim, so that they would be side-tracked from the message.

In today’s time, we have such people in different forms. There are organisations dedicated to run a smear campaign against Islam and Muslims – to promote Islamophobia, corrupt the image of Islam and spread lies.

You cannot blot out the truth

I had a friend whose brother fell in love with an atheist. When they met her, they treated her well with the kindness and hospitality that Muslims show. Someone from her country heard she was about to marry a Muslim so he warned her not to marry him, giving her books and articles to convince her that Islam and Muslims were bad. She decided to make up her own mind, so she gave herself 10 days to research it. After the 10 days, she decided to convert to Islam. And then she did not marry that man, because he was not a very practicing Muslim. Instead she married someone else who was more practicing.

You may try to distort the truth, but Allah will reveal it and make it shine. You can close your eyes but you cannot prevent the sun from shining.