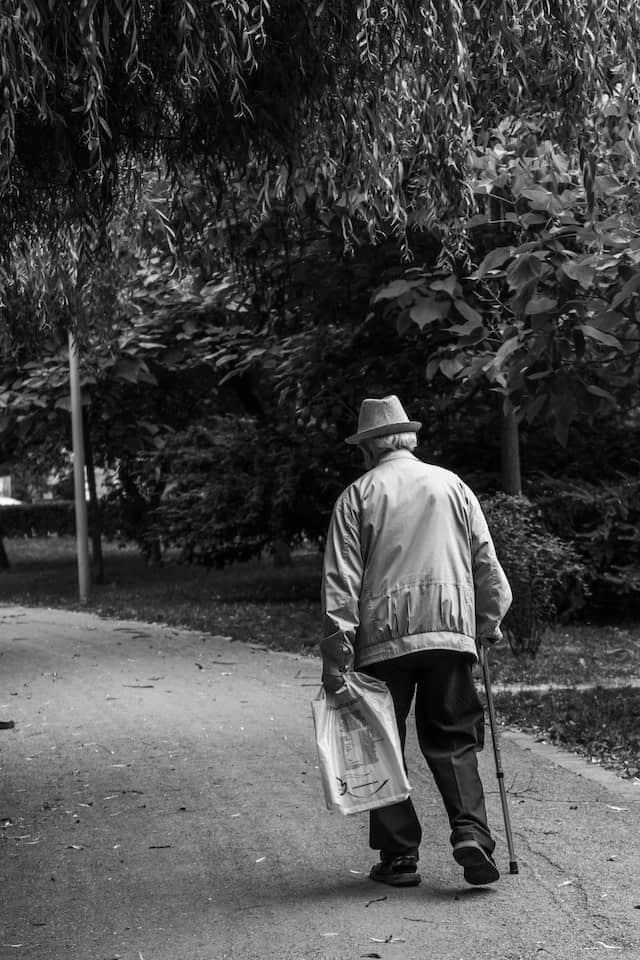 Your Lord has commanded that you worship none but Him, and that you be excellent to your parents. If either of them or both of them reach old age with you, do not say to them a word of disrespect, nor scold them, but say to them kind words. [17:23]

This is the very first detailed shariah ruling in Makkah was to be good to parents Most rulings were revealed in Madinah, particularly rulings related to the community. However this was revealed in Makkah.

Allah is commanding believers to worship Him because He is the reason of our being. He created us and He is asking us to be good to our parents, because they brought us into the world and raised us.

Allah Almighty is commanding us to be not just good, but the wording He uses is wa bil walidayni ihsana which is asking us to be excellent to them, especially when they reach old age.

It is a reminder to keep calm as they become slower and require more patience from us and kindness because they looked after us when we were young.

It refreshes our memory about how much we owe our parents and indeed it is not just a debt we owe them but also an act of worship. It is not an option but a command.

The Prophet (peace be upon him) repeated it on different occasions.

Amr bin Shu’aib (may Allah be pleased with him) on the authority of his father who heard it from his father reported:

“He is not one of us who shows no mercy to our youngsters and does not acknowledge the honour due to our elders”. [Tirmidhi and Abu Dawud]

Along with those who are weak and vulnerable we have a responsibility to look after the elders in our community. The Prophet (peace be upon him) directed our attention towards showing respect to them. He went so far as to say that the one who does not do this is not from the believers.

Elders have wisdom and experience and we need to benefit from them. As a community we should do our best to make time for them and show them respect. This is compulsory for us.

Sometimes we are influenced by the practices of the non-Muslim community we live in, and there is often a lack of respect in their attitude and behaviour towards elders. As life becomes busy, we need to make time for those who are increasingly dependant on us. We need to refresh this command in our minds and teach our children the importance of looking after elders.

Abu Musa al-Ash’ari (may Allah be pleased with him) narrated that the Prophet (ﷺ) said:

“Part of respect for Allah is to show respect to an old Muslim and to someone who carries the Qur’an, as long as he does not exaggerate pronouncing its letters nor forgets it after memorising it , and to respect a just ruler.” [Abu Dawoud]

The reward for caring for parents is enormous and tangible in this life as well as astronomical in the next.

‘Abdu’r-Rahman ibn ‘Awf heard the Messenger of Allah (peace be on him) said:

“Allah, the Almighty and Exalted, said, ‘I am the Merciful (ar-Rahman). I have created ties of kinship and derives a name for it from My Name. If anyone maintains ties of kinship, I maintain connection with him, and I shall cut off anyone who cuts them off.’” (Bukhari – Adab al Mufrad)

The reward for being good to family

The incentives for being good to family are huge. One of the rewards for maintaining good relations (silaturahim) with relatives is that you are granted more rizq and a longer life span.

Abu Hurayrah (may Allah be pleased with him) narrated from the Prophet (peace be upon him):

He who wishes to have his earnings grow and his term of life or his lifespan is prolonged; he should keep ties with his kin. (Bukhari)

We ask Allah to enable us to show love, care and respect to our parents and our elders. Ameen

In laws or outlaws?

The rights of the child

Increase your lifespan and provision by being to family