Time passing quickly – a sign of the Day of Judgment 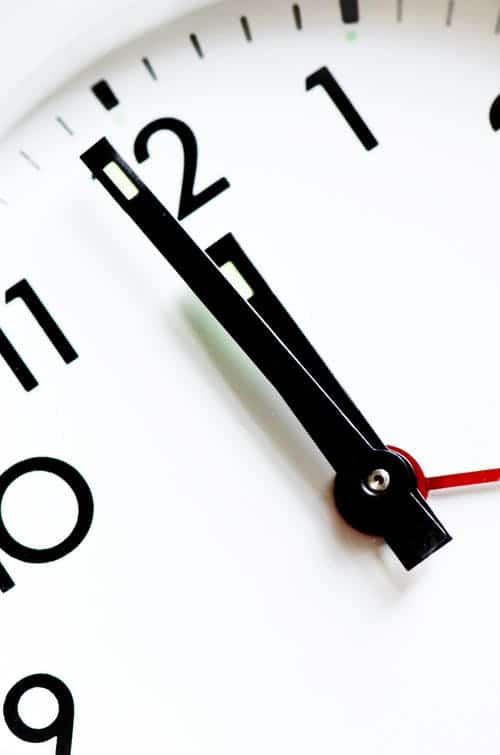 We have recently marked the anniversary of the pandemic. It has been a year since it started but it seems like yesterday, so I was reminded of the hadith of the Prophet (peace be on him), as narrated by Abu Huraira:

The Hour (Last Day) will not be established until (religious) knowledge will be taken away (by the death of religious learned men), earthquakes will be very frequent, time will pass quickly, afflictions will appear, murders will increase and money will overflow amongst you. (Bukhari)

The signs of the Day of Judgement

Scholar divided the signs of the Day of Judgement into 3 stages, the minor, medium and major signs. They agree that the small signs have already come. It was one of the miracles of the Prophet (peace be on him) that he was given some knowledge of the future as no one has the ability to talk about the future with certainty, unlike soothsayers and fortune tellers and astrologers, he was given this knowledge of the Unseen (ghayb) through divine revelation. We cannot penetrate the Unseen by our intellect, and nor did he, that is why this knowledge came from Allah Almighty.

Religious knowledge is taken away due to the demise of scholars

We have lost many giants among the renowned scholars of our ummah over this past year. We have sadly lost Shaykh Nuruddin Itr, who was a leading scholar of Quranic sciences and hadith. The Shaykh composed some unique works and edited some classical works too.  There are at least 63 invaluable works produced by his expansive pen. He was immensely knowledgeable, humble, and a true lover of the Prophet (peace be on him).

Last month we lost Sheikh Mohammed Amin Siraj in Turkey, who received ijaza and was the only surviving student of the encyclopaedic scholar Shaykh Muhammad Zahid Al Kawthari, and the grand shaykh of the Ottoman Empire, Shaykh Mustafa Sabri Effendi, which is a huge loss for the Muslim world. He had memorised the Quran when he was 10 at a time when Attaturk had imprisoned scholars of Islam, including his father, who was also a scholar. He was close friends with Shaykh Abdul Fattah Abu Ghuddah and Shaykh Nuruddin Itr.

We have also lost Mohammed Ali Al-Sabouni, who was a highly influential scholar of tafsir. His easy-to-read, simplified commentaries of the  Quran are now considered some of the most popular short commentaries in history after those of Jalalayn, Baydawi, Ibn Kathir and Ibn Juzayy.

May Allah shower His mercy on all the shuyukh and all those who passed away.

Earthquakes will be more frequent

We have seen an increase in earthquakes. Some scientists put this down to chance, but devastating earthquakes greater than 8.0 in magnitude are usually infrequent and occur at a rate of about one earthquake per year. However, the occurrence of several of these large earthquakes over the past decade, including two quakes in 2004, two quakes in 2006 and four quakes in 2007 has caused people to question if the frequency of high magnitude earthquakes has increased in the early part of this century.

Between 2004 and 2014, there were 18 earthquakes with magnitudes of 8.0 around the globe, which is an increase of 265 percent over the average rate of the previous century, which saw 71 great quakes. Scientists say that these “great” earthquakes “triggered” related major quakes.

Scientists have found no plausible physical mechanism that could explain the possible occurrence of global seismic swarms.

The pandemic seems to have flown past. Why is this? Anas bin Malik narrated that Allah’s Messenger (peace be on him) said:

The hour shall not be established until time is constricted, and the year is like a month, a month is like the week, and the week is like the day, and the day is like the hour, and the hour is like the flare of the fire. (Tirmidhi)

Does the rapid passing of time mean that we have lost the barakah (blessing) of time? This is what many scholars have agreed. They said that instead of being able to achieve a great deal in a day, or a month or year, time will be running through our fingers, and it is as if we will barely have time to brush our teeth. This is one of the signs of the Day of Judgement.

The Prophet (peace be on him) taught us to invest in our time and make the most of it. Do not waste time, otherwise you will look back and wonder where all those years went and what you did in that time. Let’s not look back on time with regret. Be in the position that you can say ‘I did my best’.

Afflictions (fitan) will appear and murders (qatl) will increase

We were told that we would seen an increase in murders and afflictions and indeed we have seen so much oppression and war and murders. We look around the globe at  heart-breaking atrocities and genocides. We see the fractionalisation by ethnicities, the dehumanisation of people by certain groups, compounded by national crises, such as war and revolutions, and power in the hands of totalitarian regimes, who can at whim and arbitrarily wipe out multitudes without any moral compunction or conscience.

Abu Huraira narrated that Allah’s Messenger (peace be on him) said:

“Time will pass rapidly, good deeds will decrease, and miserliness will be thrown (in the hearts of the people), and the Harj (will increase).” They asked, “What is the Harj?” He replied, “(It is) killing (murdering), (it is) murdering (killing). (Bukhari and Muslim)

Another sign of the Day of Judgement is the generation of huge wealth. At the same time as we have large parts of the globe struck with the acute poverty, we are seeing the continued accumulation of wealth in the hands of a few. We are seeing the growth of ultra-net worth individuals globally and in the UK with the world’s 2,153 billionaires possessing more wealth than the 4.6 billion people who make up 60 percent of the planet’s population, according to a report by Oxfam. They say that even during the pandemic, the combined wealth of the world’s 10 richest men rose half a trillion dollars since the pandemic began.

Oxfam’s report shows how the rigged economic system is enabling a super-rich elite to amass wealth in the middle of the worst recession since the Great Depression while billions of people are struggling to make ends meet.

The conclusion is that we are encouraged to seek knowledge, as our scholars will die and knowledge will die with them, so we need to encourage our families, children and communities to seek more knowledge and preserve it.

Invest your time wisely, see where you can improve yourself and achive personal growth without it becoming burdensome. We can always improve ourselves.

We ask Allah to bring barakah back to our time by utilising us our abilities and time in doing what pleases Him. For anyone looking for more on this topic I urge you to read Imam Nawawi’s beautiful commentary and Ibn Hajar lengthy commentary on Sahih Bukhari.

Related posts: Lies and deceit – Sign of the Day of Judgement, Vile leaders