The arrival of Dajjal will be preceded by evil leaders 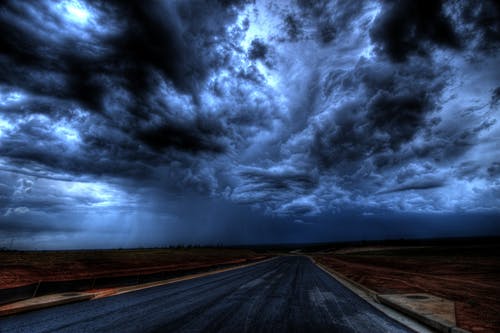 The 3 trials before the end of time

Abdullah ibn Umar (may Allah be pleased with him) narrated:

When we were sitting with the Messenger of Allah ﷺ, he talked about periods of trials (fitan), mentioning many of them.

When he mentioned al ahlaas someone asked him, ‘Messenger of Allah ﷺ, what is the trial of al ahlaas?’

He replied, ‘It will be to do with escape, war and plunder’.

‘Then will come a test of al-sarra’ that pleases the enemy. Its murkiness is due to the fact that it is produced by a man from the people of my house, who will pretend that he belongs to me, whereas he does not, for my friends are only al muttaqoun, the obedient.

Then the people will agree to give the leadership to a man who will be like a hip-bone on a rib.

Then there will be the al duhaymaa’ the great trial which will leave none of this Ummah community without giving him a slap, and when people say that it is finished, it will be extended. During it a man will be a believer in the morning and an infidel in the evening, so that the people will be in two camps: the camp of faith which will contain no hypocrisy, and the camp of hypocrisy which will contain no faith. When that happens, expect the Antichrist (Dajjal) that day or the next.’ (Abu Dawoud and Ahmad)

The first trial – war and sadness

In a sound and correct narration, the Prophet ﷺ was talking about trials which would afflict the Ummah. He ﷺ started to talk about a fitan (trial) called ahlaas (which is the plural of the Arabic word hils), meaning a cover that fits under the saddle of a camel. He ﷺ might have used this because the cover is a metaphor for darkness over a prolonged length of time. Therefore the fitan like the cover, which sticks to the back of the camel for a long time, is like fitna which afflict the Ummah for a long time, covering it with darkness – sadness and pain. When the companions asked for the Prophet ﷺ to explain what he meant, he said that it was war. People would flee from it, as we have witnessed periodically and even currently, in Ukraine. We have seen it in Iraq and Syria amongst other countries and it is still ongoing.

This fitna will be followed by another trial called al sarra’ which means pleasant. It is pleasant, because it pleases the enemy. They will be pleased because the Ummah will be in turmoil, committing sins out of the luxury and wellbeing they have, not out of poverty. It will be caused by someone who claims he is from the family of the Prophet ﷺ but in reality, he will not belong to him. Only those who are obedient to the Prophet ﷺ truly belong to him ﷺ.

People afterwards will give leadership to those who are not capable of leadership, as today we have many such leaders, who are not fit to lead and yet are in charge of nations and superpowers.

The Great Trial – which divides humanity

After that the third fitnah will be al duhaymaa’ the great fitnah, which will affect part of the Ummah. Everyone will receive a slap from this fitnah. It might be a pandemic or indeed any other calamity, but it will touch everyone.

During that time, a man will be a believer in the morning, but a disbeliever by the evening until people will be divided into two camps – the pure camp of believers with no hypocrites among them and hypocrites without a single believer among them.

At that time the arrival of the dajjal (the antichrist) will be so close that he will arrive that day or the next day.

The Prophet ﷺ warned us of these fitan and he was describing our reality, leaders, hypocrisy and temptations.

It was said ‘Who are Ruwaibidah?’

He said: ‘Vile and base men who control the affairs of the people.’ (Ibn Majah and Ahmad)

Trials sort people into the genuine and the fake

Fitan reveal the true quality of people. Without fitan you would not be able to tell if someone is gold or zinc, genuine or fake. Those who are really concerned about human rights and those who are just pretending. For example, this has clearly been demonstrated in the double standards applied to Muslim refugees and those recently arriving from Ukraine.

In the week when the European Union welcomed nearly two million refugees from Ukraine, we also saw the graphic footage of a young African being battered and pepper sprayed for climbing a European border fence. As Europe rediscovers compassion for refugees, we should watch this video*. It shows a defenceless young man in tattered clothes gingerly descending a high fence. Waiting for him at the bottom are half a dozen Spanish border police in full body armour wielding batons. The first blow is struck before he reaches the ground. The images that follow, of a crowd of uniformed white men viciously beating a black man are all the more disturbing because they are so familiar.

We have to support one another, regardless whether we agree or disagree. Civilians and innocent people should not be bombarded or killed. We pray to God to relieve our Ummah and give us tranquillity and peace wherever we are. Ameen.

*Warning, these graphic videos contain distressing scenes, please watch at your own caution

Five signs of the Day of Judgment

Vile leaders – a sign of the day of Judgement