The road map for becoming a strong believer 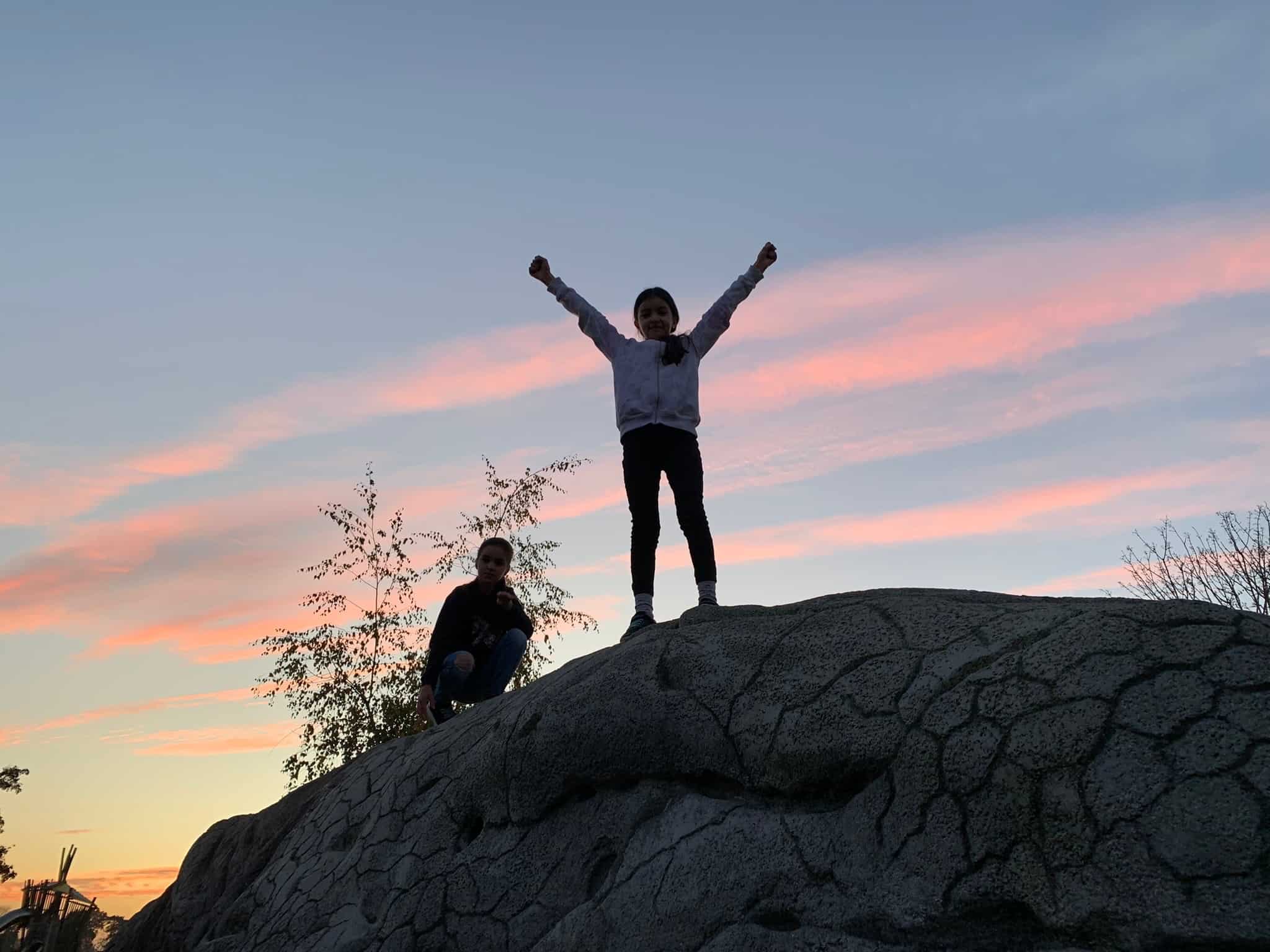 Abu Hurayrah (may Allah be pleased with him) narrated that Allah’s Messenger (peace be upon him) said:

The strong believer is more beloved to Allah than the weak believer, but there is goodness in both of them. Be eager for what benefits you, seek help from Allah, and do not be frustrated. If anything afflicts you, then do not say: If only I had done something else. Rather say: Allah has decreed what he wills. Verily, the  phrase ‘if only’ opens the way for the work of Satan. [Muslim]

The power of will

I delivered a 2-day retreat based on this hadith alone. The road map for the life of the believer is in this hadith. It’s about imaan and action. The hadith is about activism and not giving up.

If you have fallen, and we do fall many times, pick yourself up. Sometimes the fall is huge so you need many hands to pick you up: you need someone to support you and you need rehabilitation, but the most important thing, even if you have many people around you, is that you need the will to get up and stand on your feet. No one can make you stand if you lack the will yourself. You need to have the will. This hadith is about the power of the will.

When the Prophet (peace be upon him) refers to the strong believer, he does not mean the one with muscles, who works out every day. There are big men who are cowards and small men who are brave and mentally strong and have a strong will. Although physical strength is required when facing enemies on a battlefield, in fact without imaan the strongest man is weak.

In this hadith, the Prophet (peace be upon him) is highlighting the importance of having strong faith.  How do we strengthen our imaan? You can’t buy it over the counter. You can’t get an injection or take imaan-pills. You can strengthen your imaan by following the commands of Allah and the Prophet (peace be upon him), fulfilling your obligations, refraining from prohibitions and avoiding doubtful matters. This is how you strengthen your imaan.  Stay within the boundaries. If you have gone beyond them, then come back and seek forgiveness. Stay away from ghafla (the state of heedlessness) and toxic environments, as they will affect you adversely.

If you have an allergy to dust, you avoid dusty places, as this triggers your allergy. If you are allergic to nuts, you don’t eat anything with nuts in it. Similarly, stay away from anything that affects your imaan. This is how you strengthen your imaan.

The more you are in the company of people of imaan and attend circles of imaan, the more imaan rubs off on you, boosting your imaan and energy.

I love giving the example of the magnet and the needle. A magnet has a magnetic field while the needle has no magnetic force. However, by being kept near the magnet, the needle becomes magnetic and can attract other needles. This is an analogy for the power of companionship. Our friends influence us and we influence them. Don’t be with the wrong people or in the wrong crowd, because they will affect your imaan and the purity and the brightness of your imaan.

When you get an MOT for your car and the mechanic gives you a list of what you need to fix in order to pass, some repairs are urgent, while others are not essential but recommended. Similarly, we have a list of things that we need to repair to fix our imaan.

Weakness in imaan can be caused by many things, such as neglecting your salah, being rude to your parents, abusing your power, squandering the wealth you have been given, betraying a trust, etc. A weak imaan can lead to corruption, oppression and wrongdoing.

The imaan is your shield. The strong believer is better because he stays within the boundaries of the Shariah, and if he strays outside the boundaries he comes back quickly. This is why he’s more beloved to Allah than the weak believer.

The weak believer takes long to come back; it takes something to shake him up to bring him back. Though he is still a believer, does not reject imaan, and still has goodness in him, he does not fulfill his obligations properly; he is lazy, apathetic, and neglectful of his duties, etc.

Sometimes, two believers may carry out the same actions, but their level of belief varies. One might disregard boundaries, ignore what is halal and haram, overlook obligations, follow their whims and be dictated by their desires. By contrast the other believer believes in Allah and has tawhid (monotheism) in their heart. There is goodness in both of them, so the light of imaan is still there, but in the believer with weak imaan, they need to polish their heart through a lot of istighfar and tawbah. When they do this it will give them clarity of vision which will shine across all their actions.

Be eager for what benefits you

Next in the hadith, the Prophet (peace be upon him) said, ‘be eager for what benefits you’. This is the way to keep your imaan strong and this is the way to attract and keep Allah’s love. Though He loves believers, His love for believers who are more obedient is greater than His love for those who are less obedient.

As we know from our children, though you love all your children, you love the one who is more obedient to you. You feel more connected to them because they are always obedient, nice and kind.

‘My servant never come closer to me in anything but what I have made an obligation for him and he keeps coming closer to Me doing the nawafil until I love him.’ [Bukhari]

What brings you closer to Allah

Allah says that the first thing that makes us closer to Him is doing what He commanded us to do. The second thing is doing what He recommended we do. If you can do both of these, you will earn Allah’s love. And we are longing for Allah’s love. Therefore don’t waste your time. You have only one shot. You will not live on earth again. Therefore  utilise your time in what is useful and beneficial. Avoid things that are not beneficial, as they are a waste of time and effort etc. and they erode the will to do good in you. So be keen on doing what is beneficial and useful to you and seek Allah’s help and don’t give up in anything you are doing.

Seek Allah’s help. Say ‘Ya Rabbi I want to do this good, but I need your help’. At the same time, exert your efforts to achieve it. You can’t go to the battlefield with a knife when your enemies have tanks and canons, so don’t say you are seeking Allah’s help when you are just carrying a knife. Do what all that is necessary, seek Allah’s help and don’t give up.

Don’t give up if you have fallen. Pick yourself up and do an assessment and then start again. For next time, do your homework. Have meticulous and robust preparation, have strong imaan in Allah Almighty and seek His help.

Seek His help by relying on Him (having tawakul) – this is iyahka nastaeen from the Fatiha: ‘from you alone we seek help’. It doesn’t mean you are not allowed to ask people to support you and help you, rather it means knowing deep down that the support comes from Allah Almighty through others around you.

This is the connection in tawhid, the pure connection with Allah Almighty. When you know that the control of everything is in Allah’s Almighty’s hands, you feel relaxed and comfortable because Allah is the One who is in control. So real power is in His hands. Seek help from Allah and then Allah will open the way for you. Allah will make people come forward to help you and make their hearts incline towards you. This is why they are helping you. If Allah made their hearts go against you, they would not support you.

Avoid the ‘if only’ Clause

The psychology here is that when things go wrong, do not start obsessing about what could have happened if you had done something else. Getting stuck in ‘if only I had done this’ or ‘if only I had done that’ are a waste of time and energy, and a recipe for depression. Allah doesn’t want you to go into depression. He is telling you through His Prophet (peace be upon him), don’t say ‘if only I had done this, such and such would have happened’. You did not do it, so instead of whipping yourself, assess the failure. See the gap and what caused you to fail, that is necessary, but don’t wallow in regret. It will get you nowhere. It will make you feel depressed. Shaytan will play with your mind, instead of propelling you towards more goodness and more beneficial things.

Not everything we do is right, not every project we do achieves success. We have plenty of failures and make plenty of mistakes. How do we deal with this? When you are afflicted by disaster, learn the lesson, turn the page and move on and insha’Allah you will be more positive and more productive.

Understanding destiny means to realise that once something has happened, it is what was decreed by Allah, without blaming Him for your choices. You cannot blame destiny for your own mistakes. Acknowledge that your failure was due to your shortcomings, misunderstanding or lack of preparation and understanding.

However, in order to get satisfaction and move on, say ‘what’s done is done, this is the qadr of Allah Almighty, let’s move on’. It’s a mechanism to help you turn the page and open a new one. Otherwise, the shaytan will start whispering in your ears and then it’s a vicious cycle which will make you feel depressed and torture yourself.

Don’t allow hurdles to get in your way. You are stronger than these hurdles, you can overcome them. Don’t blame them. Tell yourself you are stronger than these hurdles and you will move on insha’Allah. No one can stop you. This is why the hadith says, ‘Seek help from Allah’ because He is greater than those who pull you back. They are nothing in front of Allah’s power. If Allah is with you, nothing can stop you.

So don’t give up. And don’t be lazy. Be positive. This the road map for the believer to seek goodness and support from Allah Almighty.