Pull back the moths from the flame 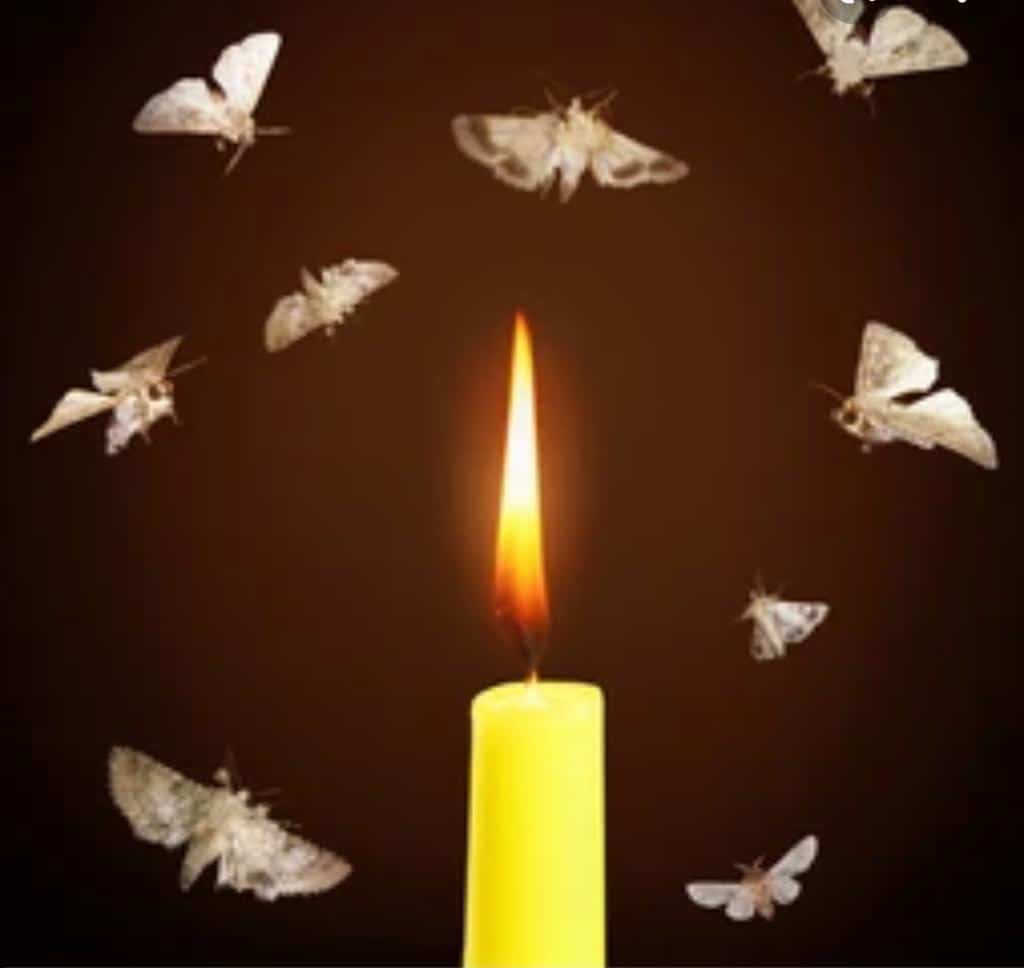 “Verily, the parable of myself and the people is that of a man who kindled a fire. When it lighted what was around it, moths and insects started falling into the fire. The man tried to pull them out, but they overcame him and rushed into it. I take hold of your belts to keep you from falling in, yet you rush into it.” (Bukhari and Muslim)

This is very famous and authentic hadith with slight variation in the wording between Bukhari and Muslim. The message is clear – the Prophet (peace be on him) is giving a simple yet striking example.

The best marketing is when you have something instantly recognisable, and its message is immediately clear. In this hadith, the image grabs you at once. It is the fire to which moths are recklessly rushing, irresistibly drawn to the deadly fire.

It is obvious that the fire will kill them, yet they stubbornly insist on flying to their doom.

The Prophet (peace be on him) is trying to prevent them from falling into the fire. He is holding on to their belts to prevent this from happening. If you can see others are heading in the same direction, and you have knowledge you can help others in the prophetic way to save themselves.

To have mercy is to save others

If you see someone about to fall off a cliff, your gut reaction should be to save them. When you are genuine you grab someone who is in imminent danger from their belt. Your attempt to save them is wholehearted. If you are not that concerned you only grab their sleeve.

Abu Hurayrah (may Allah be pleased with him) reported that the Messenger of Allah (peace be upon him) said:

“Everyone from my nation will enter Paradise but those who refuse.” They said, “O Messenger of Allah, who will refuse?” The Prophet said, “Whoever obeys me enters Paradise, and whoever disobeys me has refused.” (Bukhari)

Let’s take hold of each other’s belts, and try our best to support one another not fall headlong into hell fire by being there for our brothers and sisters, whether financially or in other ways. This is on the small scale. On the big scale we need to support our Ummah.

Saving others is about using methods that will show them the error of their ways. For instance, if someone is dealing in riba, it may be out of their ignorance but it requires compassion from our side to help pull them out o it. By it’s nature the fire is attractive because it is warm, but we need to warn others that the fire can burn them.

Try your best to promote the message of the Prophet (peace be on him) according to your ability.