Equality in the Eyes of the Law. How to Prevent the Law of the Jungle 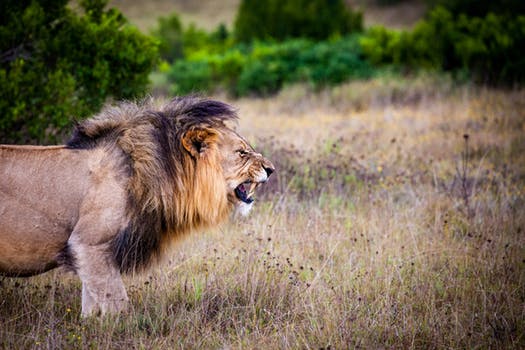 Islamic Principle of Equality not Favouritism

Say, [O Muhammad], ‘If you love Allah, then follow me [Muhammad], then Allah will love you and forgive your sins. And Allah is All Forgiving and All Merciful.’ (3:31)

Turning a blind eye to the crimes of people in the community due to their connections or status is easily done, however it goes against the very grain of Islam. The concept of justice in Islam applies to all people equally.

The Prophet (peace be on him) taught us how to express our love not just verbally but in actual fact.  One example has been described on the authority of Aisha (may Allah be pleased with her) when the Quraysh was concerned about a theft committed by a Makhzoomi noblewoman and Usamah ibn Zayd wanted to intercede for her. The Prophet (peace and blessings of Allah be upon him) became angry and said:

‘Do you intercede concerning one of the hadd (punishments) set by Allah? Those who came before you were destroyed because if a rich man among them stole, they would let him off, but if a lowly person stole, they would carry out the punishment on him. By Allah, if Fatimah bint Muhammad were to steal, I would cut off her hand.’ (Bukhari and Muslim).

The lady, Fatimah bintu Aswad was a relative of the Prophet’s wife Umm Salama from her late husband, Abu Salamah. The Quraysh wanted to brush the incident under the carpet tried several times to evade the humiliation of the exposure and the punishment.

She used to borrow things and deny she had borrowed them, and on this occasion as mentioned in Bukhari, she had stolen an expensive, jewel-encrusted dress. The Quraysh tried in various ways to have the matter overlooked, to the extent they offered the Prophet (peace be on him) the equivalent of 8kg of gold (40 shari’ ounces, which would be worth about £240,000 today) as compensation in lieu of carrying out the penalty. Eventually they urged Usamah, who was  close to the Prophet (peace be on him) to use his influence with him.

The Prophet (peace be on him) was so angered by this that he went to the mosque and delivered a speech, in which he began by praising Allah Almighty and then warned that those who came before us were punished by Allah Almighty because of the injustice that the poor were penalised for their crimes, while the rich were excused. The Prophet (peace be on him) was so outspoken about this, that he declared that had his own daughter committed theft he would have had her hand chopped off. This is the application of love. Not favouritism.

No One Is above the Law

There is no room in Islam for two laws to exist, one that favours the rich, or a particular colour, nationality, or family. All people are equal in they eyes of Allah Almighty. Every single person is accountable for their actions and punishable by shariah. No one is above shariah. Otherwise the law of the jungle prevails and the strong eats the weak.

Accountability when Crimes are Concealed by Groups

A further example of justice when the facts surrounding a crime are being obfuscated is narrated on the authority of Abu Said Al-Khudri (may Allah be pleased with him) that the Prophet (peace be on him) said:

During the time of Omar (may Allah be pleased with him) a child witnessed his mother cheating on his father. In an effort to cover her sin, she persuaded her boyfriend to kill the child so there would be no witness. Omar (may Allah be pleased with him) said that even if all the people of Sana had come together to kill this boy, he would have had all of them executed. This is the true following of the teachings of the Prophet (peace be on him).

Justice has to be carried out in every scenario. Otherwise we have a loophole for criminals to commit murder and then claim that it is not clear who the killer is. Everyone who participated in this crime has to be put to death to deter others from plotting and committing a similar crime. It is not harsh to hold those responsible for murder accountable for their crime.

He dealt with anyone in the community with kindness wisdom and mercy, whether the crime or sin was large or small. When it was minor, he would direct people how to repent, On one occasion, a man came to him full of regret because he had kissed a woman, who was not his wife. So the Prophet (peace be on him) sensing his abject condition, advised him to pray two rakah. There are sins which we can rectify between us and Allah Almighty. Others are more significant as they affect the safety and well being of the community, and here repentance is not enough, and punishment has to be applied.

Justice in the community cannot be controlled by preferential treatment. We need to revive the sunnah. Not to have favouritism. This is the true love of Allah and His message. Otherwise our love is fake and lacks substance.