Flee from Allah to Allah 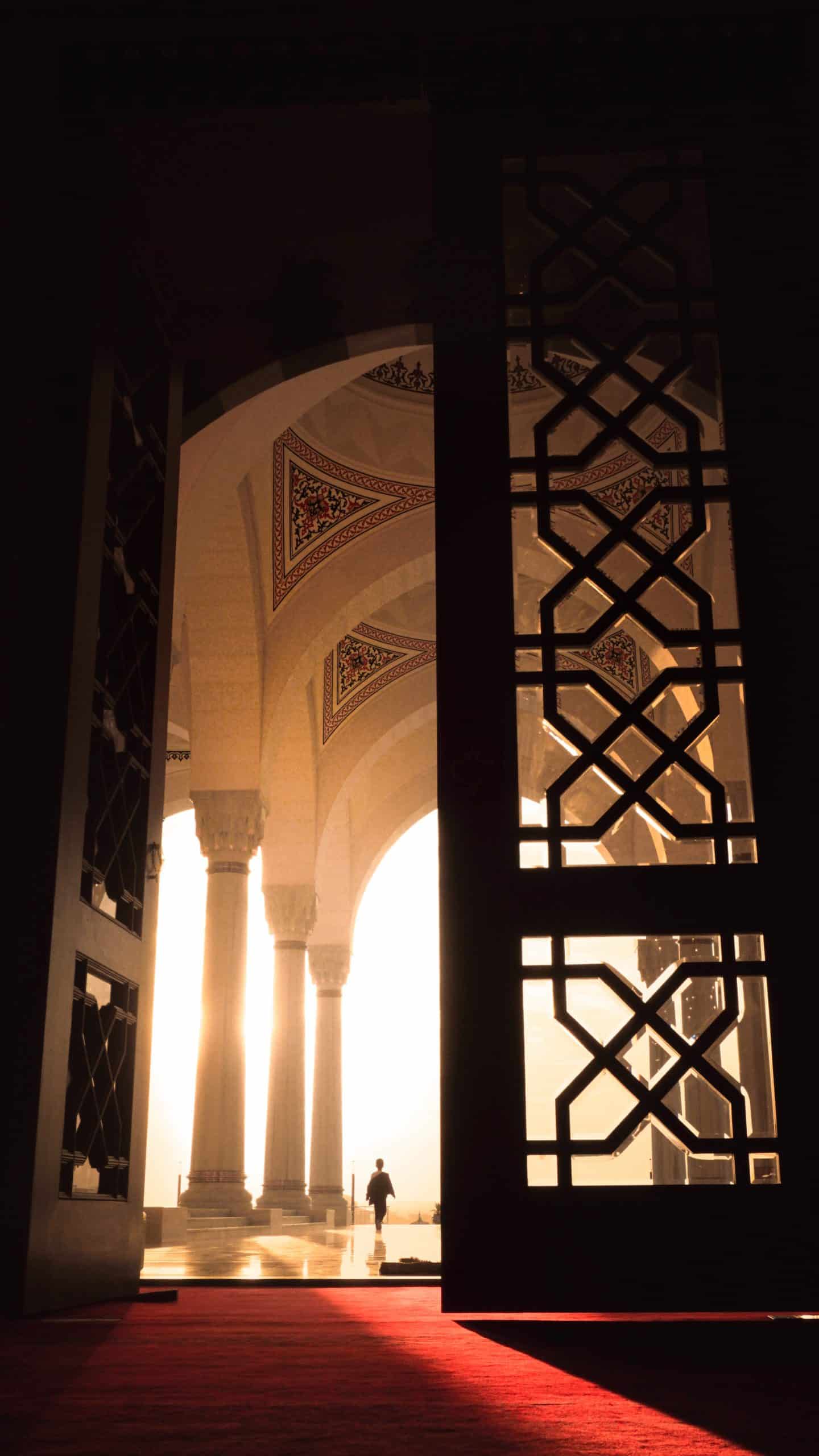 In a particularly beautiful ayah in the Quran, which appears in Surat al Dhariyat, Allah Almighty says:

This concise ayah reflects our current reality. Nothing is certain. Everything is in chaos. Will there be a third lockdown or not? Will the restrictions be lifted or not? Will we have a third wave or not?

Many people have lost their livelihoods. The current scenario is not looking promising. Without being pessimistic, this is our reality. Nothing is certain. Inshallah things we pray things will get better. The vaccinations are almost completed.

Nevertheless we do not have any idea how life will pan out. The stock markets, the exchange rates, business forecasts, Bitcoins are all fluctuating. Uncertainty underlies everything.

The only certainty is Allah

Allah Almighty is reminding us that the only certainty is Him, so flee to Him. The explanation of this ayah appears in many books and I will explore these.

Firstly I would like to reflect on the prophetic way to flee to Allah. How did the Prophet (peace be on him) escape to Allah?

A narration which I memorised a long time ago is very comforting.

In this beautiful glimpse into their life, Aisha (may Allah be pleased with her) reported:

One night I missed the Messenger of Allah (peace be on him) from his bed. I searched for him. When I found him he was in bowing or prostrating posture and was reciting:

You are free from imperfection and I begin praising You. There is no true god except You. (Muslim)

As she felt around in the darkness to find where her husband was, we see the love of a wife for her husband in this narration. He was dearly loved by those around him, even the tree trunk from where he used to deliver his khutbah was deeply attached to him.

It was narrated from Anas that the Prophet (peace be on him) used to deliver the sermon leaning on a tree trunk. When he started to use the pulpit, he went to the pulpit, and the trunk made a sorrowful sound. So he came to it and embraced it, and it calmed down. He said:

“If I had not embraced it, it would have continued to grieve until the Day of Resurrection.” (Ibn Majah. A good narration)

Anas bin Malik (may Allah be pleased with him) narrated:

That he heard Jabir bin `Abdullah saying, “The roof of the Mosque was built over trunks of datepalms working as pillars. When the Prophet (peace be on him) delivered a sermon, he used to stand by one of those trunks till the pulpit was made for him, and he used it instead. Then we heard the trunk sending a sound like of a pregnant she-camel till the Prophet (peace be on him) came to it, and put his hand over it, then it became quiet.” (Bukhari)

The tree trunk was weeping because it missed the Dhikr. (Good narration)

The dua of the Prophet (peace be on him)

Returning to the narration of Aisha (may Allah be pleased with her), at another time she said:

My hand fell over his feet while he was in prostration with his feet erect. He was supplicating:

We are told here that his feet were facing the qiblah. Morevoer, she touched his feet during his salah, which has generated much discussion among scholars, including whether wudu is broken if a husband or wife touches their spouse. This hadith is quoted as evidence.

In his salah, sujud and dua, the Prophet (peace be on him) was throwing the whole world and his concerns behind him and fleeing to Allah. The uncertainty all around him, whether he would be attacked again by Quraysh or whether his enemies would prevail, whether the munafiqeen (hypocrites) would spread rumours in the community, anything was possible. In his prostration and dua he turned to Allah and asked for Allah’s pleasure and forgiveness and protection.

Imam al Khatabi (319-388 AH), one of the great Shafi’ scholars, who was a faqih (jurist) and muhaddith (scholar of hadith), and Imam Nawawi mentioned in his commentary on Sahih Muslim, said beautifully that the Prophet (peace be on him) mentions two pairs of opposites in his dua: Allah’s pleasure (rida) and His anger (sakhat) and His forgiveness (mu’afaat) and punishment (uquba).

However, when he comes to Allah, he does not mention any opposite because there is no opposite to Allah.

Imam Tha’labi commented in his tafsir from Ibn Abbas, to flee from Him to Him is to be obedient to Him.

Junaid al Baghdadi said flee from your own selves to your Lord.

Imam Qushayri said flee from Him to Him is to move from doubts to certainty, from ignorance to knowledge, from desire to taqwa, and from shaytan to Allah.

Certainty (yaqeen) is in Allah

Qushayri says the right way to escape from Allah (and His punishment and wrath) is by following His obligations and the sunnah, then you will have a good connection with Allah. Therefore you must escape what displeases Allah.

Whoever flees in the right way to Allah, he will have a strong connection with Him.

Imam Mawardi said that to flee to Allah is to repent to Allah.

When the Prophet (peace be on him) prayed to Allah, distressed and broken, after Ta’if he said:

O Allah I present to you my weakness.

Weakness is the highest station

Weakness is the highest station because it is the opposite of arrogance, which was the main reason for shaytan to be kicked out of Jannah.

Ibn Badis, in his tafseer, noted that the previous ayahs talk about the creation of Allah, which cannot defend you or support you, because unlike their Creator, are all weak and imperfect. You can only rely on the Creator, not on creation. He is Dhul Jalali wal Ikram (the Possessor of Glory and Honour) and all creation flees to Him.

Sha’rawi mentioned in his tafseer that the path to flee to Allah is always open.

Whereas those who think they have escaped punishment in dunya, cannot escape Allah on the Day of Judgment. Everyone will be held accountable.

Devote your self completely to Allah and He will give you peace and tranquility, light and mercy in your heart.

Let’s do our best to flee to Him from what displeases Him to what pleases Him, from ignorance to knowledge, from shatyan to Him, from His anger to His pleasure. We ask Allah to give us certainty and to fill our hearts and homes with peace, light and mercy. Ameen.