Characteristics of a pure heart 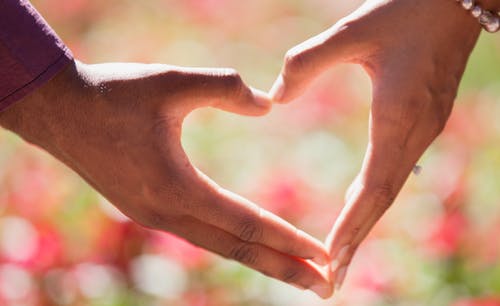 The changeable nature of hearts

I said to Umm Salamah: O Mother of the Believers! What was the supplication that the Messenger of Allah (peace be on him) said most frequently when he was with you?

She said: The supplication he said most frequently was:

O Changer of the hearts, make my heart firm upon Your religion

She said: So I said: O Messenger of Allah, why do you supplicate so frequently: ‘O Changer of the hearts, make my heart firm upon Your religion.’

The heart, in Arabic, is qalb, related to the verb qalaba, yaqlibu which means to turn something. For instance ‘turn the page’; Similarly, the heart is called qalb, because it keeps turning and changing. That is why the Prophet (peace be upon him) used to make this dua, to keep the heart stable.

How do you keep the heart stable and on the straight path?

6 Characteristics of a sound heart

One with a heart swept clean and truthful in speech.

We said, “O Messenger of Allah, we know truthful in speech. What is a heart swept clean?” The Prophet said:

One that is Godfearing and pure, in which there is neither sin, nor transgression, nor envy.

We said, “Who shows a sign of it?” The Prophet said:

One who despises worldliness and loves the Hereafter.

We said, “And who shows a sign of it?” The Prophet said:

What is a heart ‘swept clean’?

When the Prophet (peace be on him) said ‘a heart swept clean’ the companions asked for clarification. They said they understood what he meant by the one who tells the truth, but they were not familiar with qalbi makhmumi? الْقَلْبِ الْمَخْمُومِ

The Prophet (peace be upon him), explained that it is the best heart, full of taqwa, pure, without sin, injustice, rancour and envy. He enumerated these ingredients which create stability and prevent fluctuations, unlike the Dow Jones and other stock markets!

What is a pure heart?

When the Prophet (peace be on him) described the heart as an naqi, (pure), what did he mean? Pure in what sense? He did not mean that a pure heart will not commit sins. Rather it is pure because it has deleted its sins.

In the dunya, as the Prophet (peace be upon him) described, all the children of Adam are liable to commit mistakes, except of course the prophets and messengers because Allah Almighty protected them by giving them infallibility (isma) as they are role models.

It was narrated from Anas that the Messenger of Allah (peace be on him) said:

“Every son of Adam commits sin, and the best of those who commit sin are those who repent.’” (Tirmidhi, Ibn Majah)

Committing mistakes or committing a sin does not make you a bad person, of course depends on the details but generally speaking you go back and repent and polish it up and seek istighfar and if the sin is related to people you apologise and so on and so forth, to give compensation or whatever might be the case.

Purity comes from hard work. It is not something you acquire by hoping for it. The heart with no sin is the heart which after committing a sin, was polished. We always commit sins, may Allah Almighty forgive all of us of our sins, this is our reality as humans. Even if we commit injustice or aggression or something grave, we can repent and fix it.

This is why we need to be very careful. I know it’s a very painful process to get rid of these diseases, as they have deep roots and sometimes it takes a huge effort to uproot them. I was watching my neighbour the other day, cutting a tree. The tree was probably 30 years old. He chopped it down, but he could not uproot it. Roots affect the foundation of other houses around you.

The longer you leave negative feelings, the harder it is to uproot them. The quicker you do the istighfar, the quicker you can polish your heart, insha’Allah ta’ala.

Origins of the diseases of the heart

To identify diseases of the heart, Ibn Qayyim (may Allah have mercy on him) mentioned 4 things in different places, which I collected together. Masha’Allah he was a very deep scholar; from his experience, his readings, his different experiments, he narrowed down the origins of all diseases of the heart to 2 or 4 things.

The first is dalal: delusion, the second is ghadab: anger. The corruption of knowledge leads to dalal, as anyone who is deluded, and off the straight path has corrupted knowledge and a corrupt intent leads to anger. Anger is a huge topic.

He also mentioned two further things which are shakk: suspicion and doubts of the truth, and shahwa: desire for dunya. He said the diseases of the heart stem from these and lead to a multitude of diseases.

The two diseases of the heart are: suspicion (shakk) of the truth and desire for dunya (shahwa). He explained:

‘His illness is a type of corruption that occurs to him, by which he spoils his perception of the right and his will for it, so he does not see the truth as a right, or he sees it as contrary to what it is, or his awareness of it is diminished, and by it his will for him is corrupted, so he hates the beneficial right, or loves the harmful falsehood, or he has both which is the common thing, and that is why he explains the disease that is exposed to him, sometimes with suspicion and doubt, as Mujahid and Qatada said in the Almighty saying: ‘In their hearts is disease’ [2:10] that means: a doubt.’

He elaborated on this a great deal in his book ‘Ighathatu al Lahfan Fee Masayid al-Shaytaan’, Supporting the Distressed Against the Tricks of Satan. It is a very valuable book. If you can get hold of it, it will be very useful. Also Imam Ghazali’s chapter related to the heart, ‘The Marvels of the Heart’ from his book, Ihya ulumudin, is very useful. You can buy it or download it online.

4 ways to identify one’s own mistakes and faults

Imam Ghazali’s wrote a long chapter on how somebody can identify his own mistakes and faults, which I have summarised here in these 4 points.

‘The scholars are the heirs of the prophets’. (Abu Dawood and Tirmidhi)

This is Imam Ghazali made this number one on the list. Some teachers are experts but you have to be careful to find the right ones. Otherwise it is exploited by some as a business.

The second priority is to go to a loyal sincere, and truthful friend, who is not competing with you. He is not criticising or putting you down; but cares for your well-being. You can ask him about your mistakes, and your faults, and your issues and he can advise you on what  you did wrong, or said wrong, or could have done better. He helps you improve your character.

Imam Ghazali (may Allah have mercy on him) said another way to learn of shortcomings and mistakes are from your enemies, because your enemies will zoom into every tiny defect in your character. They will put you under the microscope, the electronic microscope, which magnifies everything 100,000 times! Sometimes you are not able to see this, but your enemy can see this in you; so you can benefit from this and flip it for your own sake, instead of being sad. Yes, they highlighted something, which I need to work on.

I remember once our Shaykh (may Allah have mercy on him), was telling us a story about one Shaykh who passing through the market and a woman stopped him and said, ‘You are a great munafiq’. He replied ‘You are the only one who has recognised me’. Look how he turned the criticism into an opportunity. He did not react defensively and say ‘How dare you say this’ but he took it as a chance to check himself and work on his sincerity.

The fourth point is to learn by observation. How do you do this? Use the public to identify your shortcomings. Usually you are too close to yourself to see your own mistakes. However when you see people behaving in a way that you dislike, you can scrutinise yourself to see if you behave like that. They become a public mirror. You see how someone reacts in a certain situation, and then realise that you do this too, which is wrong. Maybe you realise that you are loud, and this makes others sad. Look at the blameworthy characteristics and traits in them and reflect on yourself and treat yourself.

In addition you can see good traits in them, for instance how they responded under pressure, but if I were in their position you would have been fuming now. Thus you use their example to improve yourself.

Excerpt from Shaykh Haytham Tamim’s course on How to Keep the Heart Healthy. Transcribed by Rose Roslan.

Ibn Qayyim Jawziyah (691 AH–751) wrote about the heart in different books. Imam Ibn al-Qayyim al-Jawziyya was born into a scholarly and virtuous family in Damascus, which was a centre of literature and thought. Many schools were located there and he studied and graduated under the protection, direction and sponsorship of his father. He was particularly influenced by his Shaykh and teacher Imam Ibn  Taymiyyah, and also by Ibn ash-Shirazi amongst others.