4 ways to boost your rizq 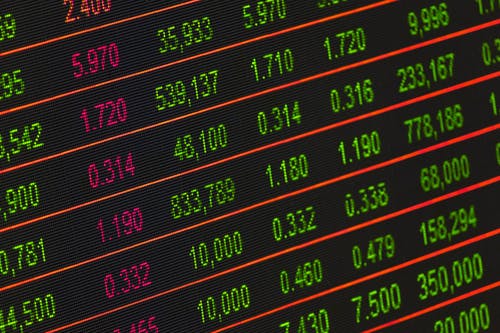 Rizq (your provision) is mentioned in many verses of the Quran, for instance in Surat adh-Dhariyat, Allah Almighty says:

I did not create the jinn and the humans except to worship Me.

I need no livelihood (rizq) from them, nor do I need them to feed Me.

Your rizq is in the sky

What is rizq? It takes many different forms, from your salary and the food you eat, which are physical forms to knowledge, well being, and happiness.

What does it mean when Allah says the heaven is your livelihood? Does it mean that your rizq is in the sky?

Scholars, on the whole, understand that this ayah means that your provision is linked to the rain, because the rain descends from the sky, then vegetation grows and rivers flow, and we drink from it, and animals depend on it and crops and trade all depend on it.

There is another take on this ayah, which means that Allah Almighty is the One who creates rizq and provides it. If you take the meaning metaphorically rather than literally it means He is the controller of rizq. Rizq is in His hands; not yours.

A Bedouin came to Imam al Asma’i (d. 216 H. may Allah have mercy on him) the great linguistic scholar, who lived in Basra, Iraq, in the second century of Islam and asked him to recite something from the words of Ar-Rahman (the Merciful). So Imam Al-Asma’i recited the ayah:

The Bedouin was an Arab so he understood the meaning immediately, he grabbed his bow and snapped it in half, then slaughtered his camel and distributed it among the poor, then said Allah provides for me and I need no one, he repented and went on his way.

He took the ayah literally as it is. He realised that if Allah is providing for him, he needs no one. He is not dependant on anyone. He put his trust in Allah and Allah’s promise to provide. He was a very pure-hearted person who understood his rizq is in Allah’s hands. As simple as that.

Fear of losing your livelihood

I have seen many redundancies and job losses all over the news – One thousand, five thousand, ten thousand. Different companies – big names and all sorts of industries are hitting the rocks during this time of economic turbulence. Many people are very afraid. They are worried how they will survive and sustain their families.

We all worry as people. However do not worry. Allah is saying don’t worry your rizq is in his hands.

Your rizq has been written

In the long and famous hadith, before your creation the angels were commanded to write four things about your destiny, while you were in the womb. The very first of these, written in the books of the angels, was your rizq.

Abdullah ibn Masood (may Allah be pleased with him), reported that the Prophet (peace be on him) said:

The second thing was lifespan (ajalihi), your actions (amalihi) and finally if you would end up in Paradise or hell.

If rizq is written do I have to do anything?

The fact that our rizq is written, it does not mean you can sit back and do nothing. The Quran and  Prophet (peace be on him) told us to seek our rizq and do whatever is available within our means to earn a living, and rely on Allah. But at the same time, we are told not to feel despair or helpless.

What if you lose your job?

If you have received bad news that you have lost your job, don’t despair. Allah is the Provider. Do your best, think outside the box. It may be a mercy in disguise. It may be the opportunity you needed to change direction or find something better. It might be something which give your rizq a boost in the long run.

If you lose your job, when you hear the news, say:

O Allah! Protect me in this calamity that has befallen me and replace it with something better. (Muslim).

Do not feel too disappointed. There are clear ways in which you can enhance your rizq.

How to boost your rizq

Anas bin Malik reported that he heard Allah’s Messenger (peace be on him) say:

He who is desirous that his means of sustenance should be expanded for him or his age may be lengthened, should join the tie of relationship. (Bukhari and Muslim).

Believe it or not, your rizq is affected by how you behave towards your family and how much effort you make to keep in touch with them, support them and be connected with their lives. This is as per authentic narrations. If you want extra rizq, connect your blood ties. Whoever wants his provision to be increased and his life span to be extended should connect his blood ties.

Another insight we were given into how to boost your provision is from the story of the two brothers, one of whom used to work while the other used to attend circles of knowledge with the prophet (peace be upon him). The working brother complained that he was earning all the money, while the his brother was coming to listen to the Prophet (peace be on him).

The Prophet (peace be on him) pointed out that perhaps he was being provided for because of his brother rather than the other way round.

Anas (may Allah be pleased with him) reported:

Scholars commented that this hadith means that providing for knowledge seekers is a means of extending your rizq.

In another hadith, Abu Darda’ (may Allah be pleased with him) reported that Messenger of Allah (peace be on him) said:

Seek among your weak ones, for you are given provision and help only because of the weak amongst you. (Abu Dawud)

A similar narration in Bukhari says: ‘You will be provided because of the weak among you.’ This means that when you support those who are weaker than you, you will be supported.

Mus`ab bin Sa’d narrated that once Sa’d (bin Abi Waqqas) thought that he was superior to those who were below him in rank. On that the Prophet (peace be on him) said:

You gain no victory or livelihood except through (the blessings and invocations of) the poor amongst you. (Bukhari)

‘Umar (may Allah be pleased with him) said:

I heard Messenger of Allah (peace be on him) saying: ‘If you all depend on Allah with due reliance, He would certainly give you provision as He gives it to birds who go forth hungry in the morning and return with full belly at dusk’. (Tirmidhi)

Do not let the birds be better than us in their reliance on Allah Almighty. There are two lessons in the story of the birds. They did not sit in their nests waiting for their rizq, they fly out to seek it. So be creative, go out and search for new opportunities. And have trust in Allah and ask Him to facilitate the best for you and your family.

May Allah Almighty enable us to seek His pleasure by looking beyond ourselves and put barakah in our rizq.

What do I need to know about my rizq?

How to make Istikhara