(2:284) Are we accountable for our thoughts? And can we gift our deeds to others? 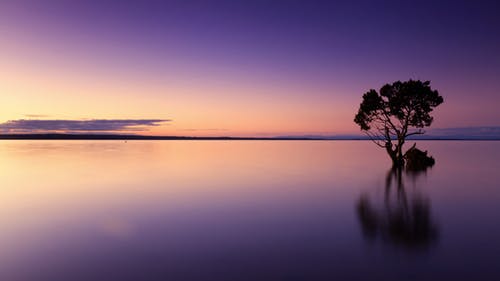 The scope of accountability 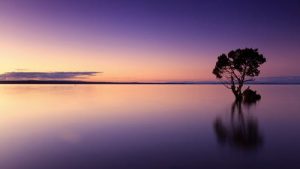 This ayah contains immensely comforting words but also leaves us in fear.

Everything we see and beyond belongs to Allah Almighty including us. This is a fact, not just a metaphorical statement. Allah Almighty is omnipotent. He has mastery over all things and rules a universe beyond our imagination. He is the Lord of the worlds –whether they are the world of atoms, biological cells, galaxies, or of the angels and jinn. The more we discover the more we are in awe at the brilliance and magnificence of what Allah Almighty has created and its intricacy, harmony and perfect balance. And no matter how diverted we were in dunya, ultimately

We derive comfort from the fact that everything is in Allah Almighty’s hands. It is a message of hope.

We could not have entrusted our affairs to anyone greater or safer. It means that even when we are in the deepest and darkest of holes, He is there for us. Mighty and Supreme.

Everything we have comes from His provision. Though we may strive to earn our living, it is through His generosity that it comes our way. (This does not mean that rizq will fall from the skies and into our hands and mouths, as we have to make the effort).

The fear comes from the statement that Allah Almighty will hold us accountable for what is in our hearts. When this ayah was revealed, the companions of the Prophet (peace be on him) were concerned and terrified by it. They felt enormous pressure that Allah Almighty expected them to control their thoughts and hearts not just their actions. They worried their deeds would be diminished and they could not live up to this test. Ibn `Umar said:

The Verse: ‘Whether you show what is in your minds or conceal it…’ was abrogated by the verse following it. (Bukhari)

The Prophet (peace be on him) cautioned them against the rebellious attitudes of previous nations, advising them instead to show no hesitation in accepting Allah Almighty’s command and to take a position of obedience and seek forgiveness. In essence he replied that they should hear and obey.

Allah forgives my ummah those (evil deeds) their souls may whisper or suggest to them as long as they do not act (on it) or speak. (Bukhari)

What deeds are accepted by Allah Almighty?

Scarier still is the ayah in Surah Furqan that tells us that mountains of seemingly good deeds could be nullified on the Day of Judgement.

‘And We will proceed to whatever deeds they did, and will turn them into scattered dust.’ (25:23)

The conditions for deeds to be accepted are three:

1- Iman, 2, Ikhlas sincerity, 3, and to be in line with sunnah. Allah Almighty will not accept deeds that were not done for Him.

And then Allah Almighty revealed the last two ayahs of Surah Baqarah as a mercy: that he does not burden us beyond our capacity.

As His knowledge is so penetrating He knows what we are concealing and planning. Through His mercy, Allah Almighty rewards good intentions but doesn’t record bad intentions. We will not be punished for involuntary thoughts, only the sins that we commit resulting from them.

Abu Hurayrah (may Allah be pleased with him) said that the Messenger of Allah (peace be on him) said:

No one can guarantee jannah and no one enters jannah for their own deeds, but out of Allah Almighty’s mercy.

‘No one of you will enter Paradise by his deeds alone.’ They asked, ‘Not even you, O Messenger of Allah?’ He said, ‘Not even me, unless Allah Almighty covers me with His Grace and Mercy.’ (Bukhari, Muslim).

If we are only to enter Jannah through Allah Almighty’s mercy, why do our deeds matter then? To separate our ranks. Without the tests, we would have no way of knowing what our capacity is.

The ayah keeps us balanced between hope (rajah) and fear (khawf). May we strive to attain Allah Almighty’s pleasure and be granted Jannah through His mercy.

The scope of punishment and reward

It was narrated from Mundhir bin Jarir that his father said, that the Messenger of Allah (peace be on him) said:

Can we pass on the reward of our deeds to others?

Some scholars believe that as we ‘own’ our deeds, based on the ayah:

If you own the reward of your actions, is it possible to gift the reward to others? With the exception of salah, we can intend and do good deeds and ask Allah Almighty to pass on the reward to others, such as our parents and loved ones as well as us. This does not diminish our reward in any way, merely multiplies it and spreads it further. We know that reward can be passed on to others from the famous hadith:

The Messenger of Allah Almighty (peace be on him) said:

‘When a man dies, his deeds come to an end except for three things: Sadaqah Jariyah (ceaseless charity); knowledge which is beneficial; or a virtuous descendant who prays for him (the deceased).’ (Muslim)

Based on Shaykh Haytham Tamim’s tafseer

Three emotions that constitute a healthy relationship with Allah

The right way and the wrong way to fear Allah