The Right Way and the Wrong Way to Fear Allah 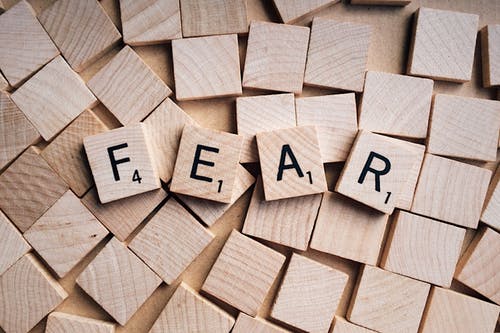 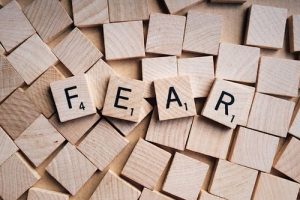 When we read this word khawf, we have a common conception or misconception about its meaning. Some of our construct of what khawf, especially with regards to the deen or Allah Almighty is perhaps not healthy and not correct.

Fear is a powerful and incredibly complex emotion which at its core is an innate protective survival mechanism.

Fear is an emotion based on a perceived danger that has not yet afflicted us. It may seize you due to past experiences, or be a terror of an impending threat.

Commonly these include fear of death, or harm, feeling trapped, abandoned, worthless or humiliated. These fears are primal and seem to be hard-wired. They may be rational or irrational.

The One who transcends all sources of fear is Allah Almighty. Everything is His creation, even death itself, are all in His control and He is able to do all things. Therefore Allah Almighty is most worthy to be feared and revered.

When we understand this, we realise as Allah stated in the Qur’an, that those fear Allah, need not fear anything else:

Unquestionably, [for] the allies of Allah there will be no fear concerning them, nor will they grieve

Those who believed and were fearing Allah

For them are good tidings in the worldly life and in the Hereafter. No change is there in the words of Allah. That is what is the great attainment. (10:62)

The common introduction to khawf is from our childhood experience. Fear is often used to warn us of danger or for disciplining a child. Parental discipline in particular – the fear of the father, ‘behave or I will tell your father’, or the fear of Allah, ‘behave or Allah Almighty will punish you’ can leave a negative impact on the child. As the child grows up, this type of fear impacts the relationship he/she develops with Allah Almighty – i.e. fearing Him as the One Who punishes people in the hellfire.

Our scholars have noted that the foundation of knowledge is the fear of Allah, the Most High. So adhere to fearing Allah openly and in secret, for the best of all people are those who are fearful of Allah and no one truly fears Him except the people of knowledge. Scholars have divided khawf into two:

The blameworthy fear is that which is crippling and extreme. e.g. fear of the unknown, fear of failure, fear of bad things happening which sometimes leaves us paralysed to take any meaningful action to mitigate it.

This kind of fear makes you overwhelmed so you feel whatever you do will not make a difference, so there is no point in doing it.

Conversely Allah Almighty encourages us to take action, no matter how small or insignificant it may appear, but to take action for He rewards not on outcomes but on effort and sincerity of intention.

Allah Almighty addressed those who fear they’ve completely fallen by the wayside not to despair, He informs the Messenger of Allah Almighty) to tell them:

Say, “O My servants who have transgressed against themselves [by sinning], do not despair of the mercy of Allah. Indeed, Allah Almighty forgives all sins. Verily, it is He who is the Forgiving, the Merciful.” [Az-Zumar: 39:53]

Allah Almighty reassures us not to become overwhelmed with the sins. Even if we think our sins are a great many but His pardon is greater than our sins. We fear Allah, but do not take it to an extreme where it prevents us from taking actions.

The fear of Allah Almighty that is healthy is born out of knowledge of Allah.

Those who truly fear Allah, among His Servants are who have knowledge. [Al-Fatir: 35:28]

This fear of Allah Almighty is born out of His Majesty and Awe. That on the Day of Judgement we will stand before Him, the King of Kings, who has at His command the angels of Mercy and Wrath, and we will have to explain ourselves and everything we did. We should fear that we may have gained His displeasure but hope in His Mercy that we tried our best to do as much as we could to remain loyal and obedient to Him. Allah Almighty said in two places in the Qur’an:

And as for him who fears the Station of his Lord, for them shall be two gardens. [Ar-Rahman: 55: 46]

But as for him who feared the Station of his Lord and restrained his soul from lust, their abode will be the Garden. [An-Naziyat: 79:40-41]

This fear is the fear (khafa) of the station of Allah Almighty (maqama rabbihi), is out of His majesty and veneration.

Fear Must be Balanced by Hope

If we were a bird who is flying to Allah, we would have the wing of hope in Allah’s Mercy and acceptance of our broken deeds, and the wing of fear that we have not worshipped Him as much as He deserved or in the highest mode of excellence and essence.

We need the wing of hope and the wing of fear to work together, in harmony and in balance for us fly correctly, each flap, drawing closer and closer to Him out of love and yearning to be with Him.

Acting from fear and acting from love deliver different outcomes. When you act from fear, you feel forced and you don’t necessarily complete your action properly. Whereas if you act out of love then you give it everything you can, you act from the bottom of your heart and deliver 110%.

The fear of hellfire is real, but it is a deterrent. Fear has to be mixed with love of Allah Almighty and hope in His mercy. All three are essential and work in unison.

Our connection to Allah = Fear + Love + Hope (in Allah’s mercy)

Love means obedience, longing for closeness and sacrifice. For the lover is always in the service of the beloved. The lover is longing to be reunited with the beloved.