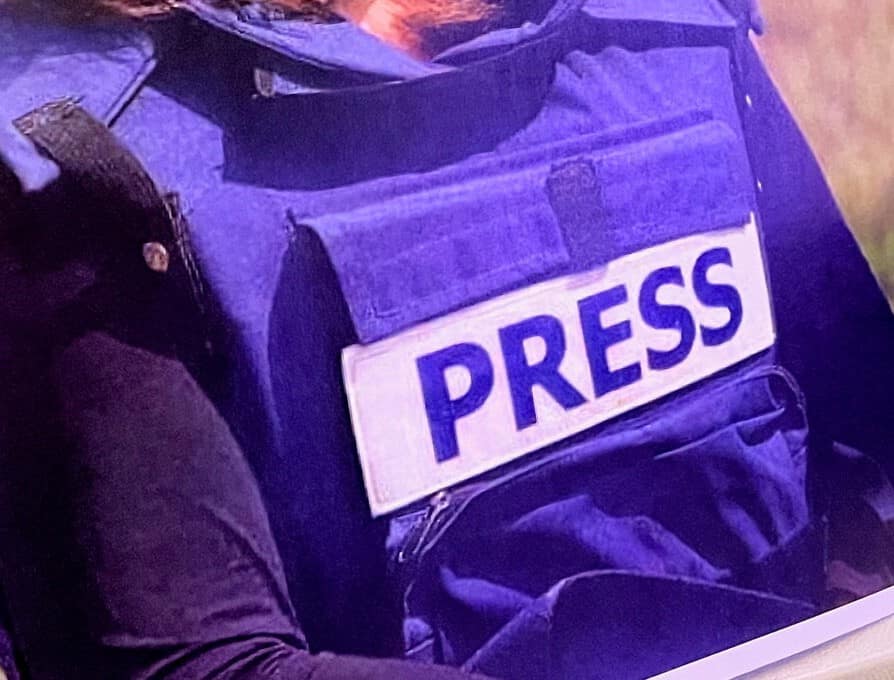 Asthe community is reeling from the shock, disbelief, disgust and sadness at the killing of veteran journalist Shireen Abu Akleh, at whose funeral innocent mourners were also viciously attacked and beaten, we turn to the Quran for guidance on how to bear such painful wounds, when the old scars are still fresh.

It is very clear from the Quran that the carriers of the truth will always be attacked and indeed Shireen’s life was the price she paid for daring to report the truth.

Her horrific death was the means by which she was forcibly silenced.

This pattern has been demonstrated throughout history and can also be seen reflected in the lives of prophets depicted in the Quran.

It is an important lesson, which we need to teach our children – the truth has been always been attacked and will continue to be attacked. We therefore need to be prepared for this reality and recognise that it is the role of every responsible person in society to defend it, even when it is not popular or easy.

The conflict between truth and falsehood

In the Quran Allah Almighty talks about the battle between truth and falsehood, right and wrong, especially from the time Nuh (peace be on him) began to spread the message, and Ibrahim (peace be on him) onwards.

This conflict between truth and falsehood has been ongoing. Throughout time oppressors have tried to suppress the truth being told and resorted to violence whenever they have feared being exposed and accused those who tell the truth of being liars.

Nuh (peace be on him) says to Allah in the Quran that every time he invites people to the truth they stick their fingers in their ears and wrap themselves up in their clothes, as they do not want to see the truth or hear the truth. Repeatedly they taunt him to send the punishment Allah Almighty warned them of.

The story of Noah with his people

Whenever I called them to Your forgiveness, they thrust their fingers into their ears, and wrapped themselves in their garments, and insisted, and became more and more arrogant. [71:7]

The dignitaries among his people said, “We see that you are in obvious error.” [7:60]

Similarly Allah Almighty recorded the discussions and debates in the Quran between Ibrahim and the king of that time, Nimrod to teach us. The king argued that he  could grant life and death, as he had the power to sentence anyone to death or grant them reprieve from being executed. Ibrahim (peace be on him) defeated his arguments by asking him to bring the sun from the West if he was truly the Lord.

Yet he would not accept defeat, even when faced with the truth. Instead, he wanted to have Ibrahim killed. They started a big pyre to burn him alive, but Allah Almighty saved him.

Have you not considered him who argued with Abraham about his Lord, because God had given him sovereignty? Abraham said, “My Lord is He who gives life and causes death.” He said, “I give life and cause death.” Abraham said, “God brings the sun from the East, so bring it from the West,” so the blasphemer was confounded. God does not guide the wrongdoing people. [2:258]

Allah Almighty turned the blazing fire cool and protected Ibrahim (peace be on him).

Again, we see in the story of Musa (peace be on him) and Firaun, Firaun wants to kill Musa because he does not like the message he is spreading.

Firaun brazenly warns his people that they must kill Musa because he is spreading corruption, when the reality is the reverse. He flips the truth on its head and presents the opposite as the reason to slay Allah’s messenger. We see many politicians behave like this.

Pharaoh said, “Leave me to kill Moses, and let him appeal to his Lord. I fear he may change your religion, or spread disorder in the land.” [40:26]

Quraysh and the Prophet Muhammad (peace be upon him)

The Prophet (peace be on him) experienced the same treatment by his own people and was kept under siege for three years. Allah saved them. The Quraysh spread the false narrative and provided it as the reason why Muhammad (peace be on him) should be killed, but again, Allah Almighty saved His messenger.

Those who disbelieve say, “Do not listen to this Quran, and talk over it, so that you may prevail.” [41:26]

When the disbelievers plotted against you, to imprison you, or kill you, or expel you. They planned, and God planned, but God is the Best of planners. [8:30]

Spreaders of falsehood cannot win by debate or logic, so they use violence.

Those who spread falsehood want to spread it in any shape or form. They cannot win in a debate, because their lies do not stack up. They simply do not have the truth. Therefore they have to plot and scheme and play dirty in order to get their way, to gain power and to suppress the truth.

The Quran shows us that when an opponent cannot defeat you in an argument, has no evidence or proof to support his case, he will try to oppress you and even kill you to silence the voice of the truth.

Despite all the oppression, Islam teaches us to cling to the truth. The Prophet (peace be on him) prepared his Ummah to carry the truth, no matter what cost. Our role as parents and leaders, brothers and sisters, is to convey the truth to our children.

He reported God’s Messenger as saying, “The most excellent jihad (struggle) is when one speaks a true word in the presence of a tyrannical ruler.” [Tirmidhi, Abu Dawud and Ibn Majah]

Palestine is the land of the people

It is not right for any land to be oppressed, or forced into an apartheid state or for people denied basic human rights.

No one can hide the truth – it will prevail. The land of Palestine is the land of the people. They have a right to their own land. No matter what anyone may claim, and we have to teach our children to stand up for what is right.

Islam teaches us to uphold the truth and justice, to defend the oppressed and to remain hopeful and to know that the truth will ultimately prevail.

We ask Allah to make us of those who defend the truth and what is right. Ameen

Dua for the Oppressed