Taking Advantage of the Ten Days of Dhul Hijjah 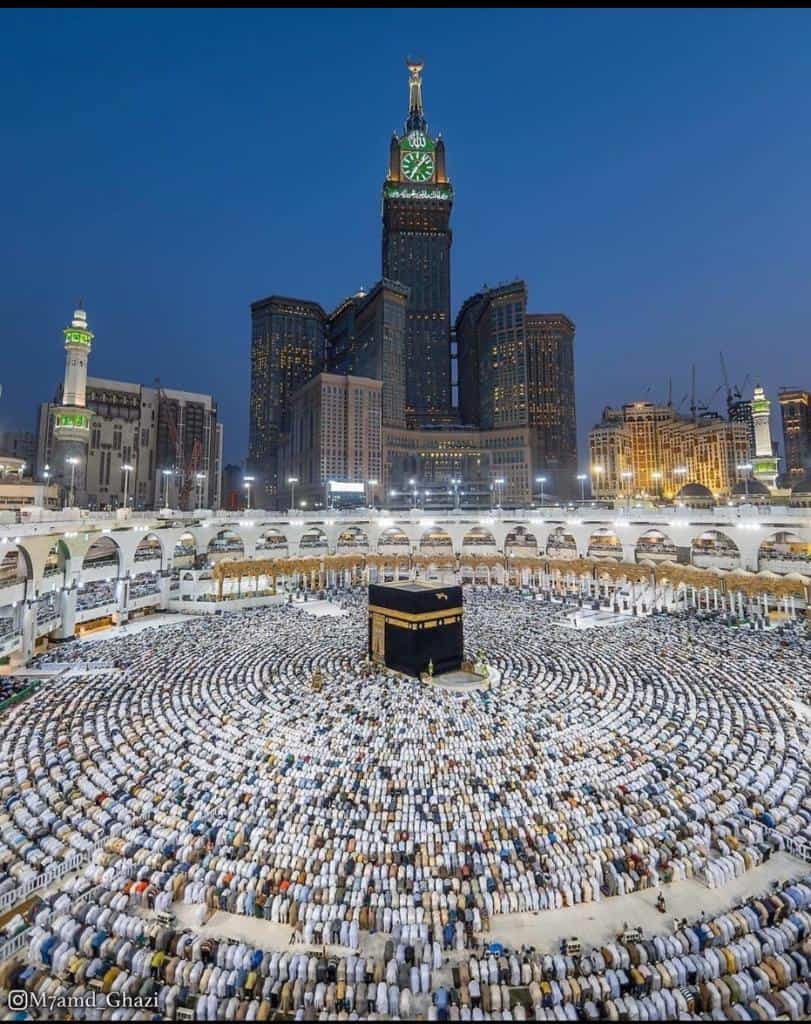 What is Special about the Ten Days of Dhul Hijjah?

It was narrated from Abu Hurairah that the Messenger of Allah (peace be on him) said:

The ages of (the people in) my nation will be between sixty and seventy, and few of them will exceed that.(Tirmidhi and Ibn Majah).

Unlike previous nations who used to live for long periods of time, the Prophet (peace be upon him) stated in the hadith that the average lifespan of the people in his ummah would be between 60 and 70 years, and few would exceed that. This is quite a minute time compared to earlier nations. However, Allah Almighty bestowed special blessings upon our ummah to maximise the rewards we could reap in this short time, for instance, Laylatul Qadr is a single night that is equivalent to a thousand months, so He maximised the benefit of our deeds within short periods.

It is therefore possible to have a long life but very limited good deeds, or a short life but a mountain of good deeds – and the latter is exactly the opportunity which Allah Almighty has given to this ummah.

The first ten days of Dhul Hijjah is one such time where the benefit of good deeds is maximised. The Prophet (peace be upon him) said, in the hadith,

It was narrated from Ibn Abbas that the Messenger of Allah (peace be on him) said:

‘There are no days during which righteous deeds are more beloved to Allah than these days,’ meaning the (first) ten days of Dhul Hijjah.(Bukhari).

The Benefits of the Ten Days of Dhul Hijjah

There are plenty of similar narrations recorded, from Bukhari, Ahmed, ibn Majah, Tirmidhi and so son. There are authentic ones, weak ones, even fabricated ones abounding, but if you analyse the authentic ones insha’Allah, it is clear that they are all emphasising one thing – they are glorifying these ten days. Some scholars even go to the extent that these ten days are better than the last ten days of Ramadan, excluding Laylatul Qadr. Can this be possible? Yes. Because in the hadith the Prophet (peace be upon him) is saying there are no better days to do good deeds in than these ten days, and in Muslim the Prophet (peace be upon him) narrated that when these ten days come he would exhaust himself in doing good deeds and he would recommend his companions not to turn off the light in these ten nights, as he used to increase his ibadah (worship).

In the most authentic narration fasting on the Day of Arafah wipes the sins of the previous year and the coming year. And in another narration the Prophet (peace be upon him) has been narrated by ibn Abbas, the Prophet (peace be on him) that he never skipped fasting in Ramadan, as well as the ten days of Dhul Hijjah, and the 3 days of every month, that we call the ‘bright days’ (ayaam al bid), unless he had a valid excuse.

What’s the Significance of These Ten Days?

The virtues of these ten days have been listed by scholars over pages and pages of commentary. Ibn Hajar al Asqalani, a commentator on Bukhari, in his book, Fath al-Bari said, ‘These ten days combines all five pillars of Islam.’ What does this mean? In these ten days, without doubt we have the shahadah at the top of the list and increased tahleel (la ilaha illa lah), we have the salah, and  the siyam, zakat and sadaqa, and of course we have Hajj itself.There are no other days when all these pillars are combined.

The recommendation of the Prophet (peace be upon him) was to increase in ibadah (worship), and supplications, and that we increase our glorification of Allah, through our takbir (allahu akbar) and tahleel and tahmeed (alhamdulilah). In the hadith, Ibn Umar (may Allah be pleased with him) said, the Messenger of Allah (peace be on him) said:

There are no days greater in the (sight) of Allah nor in which righteous actions are more beloved to Him than these (first) ten days; so increase tahleel, takbeer and tahmeed. (Ahmad)

So increase your glorification for Allah Almighty, refrain from the forbidden and reconnect yourself with Allah Almighty. These ten days, without doubt, are special days and special nights. In some narrations as well although it’s weak, we are told that each of these ten nights is equivalent to Laylatul Qadr. This narration is not that strong, but it highlights the importance of these ten days. In fact, the most important evidence in this regard is the beginning of Surah Fajr where Allah Almighty swears:

The majority of scholars say the ten nights are the ten of Dhul Hijjah. Whenever Allah Almighty swears by anything, it’s to show that it is important, and explicitly draw attention to that particular thing, so we should take care to observe these ten days and ten nights.

Anything good goes under the umbrella of al amal as salih (righteous deed).

These are recommendations, not obligations. The Prophet (peace be upon him) never said that observing the ten days was an obligation, but was encouraging himself and his companions to increase their good deeds in these ten days and nights.

The Prophet (peace be upon him) is opening an opportunity for us to increase our deeds, to speed our connection, just like speedy broadband. Similarly these days open up the connections for us. The more you give, the more you get in return. So do not be satisfied by less if you can do more, unless of course, this is detrimental to you, and putting you in hardship. Be balanced and moderate in your actions,  follow the footsteps of the Prophet (peace be upon him).

Alhamdulillah, this is our opportunity so let’s not waste it. Let’s invest in these days, and teach our children, our friends, our community, how to come together and be more closer in our hearts to Allah Almighty.

It’s not an exclusive thing to do good deeds in these ten days, as it is not exclusive to do good deeds in Ramadan, but it does boost your iman, and is therefore an iman-booster, like those energy drinks, which they claim energise you. It’s not Redbull; it won’t give you wings! Iman gives you wings and makes you fly through righteous deeds and brings you closer to Allah Almighty, so let’s then take the opportunity and re-energise ourselves. Let’s take this opportunity, increase our speed, build momentum, and insha’allah gain forgiveness for our sins. We ask Allah Almighty to purify our intentions and make our deeds purely for His sake.