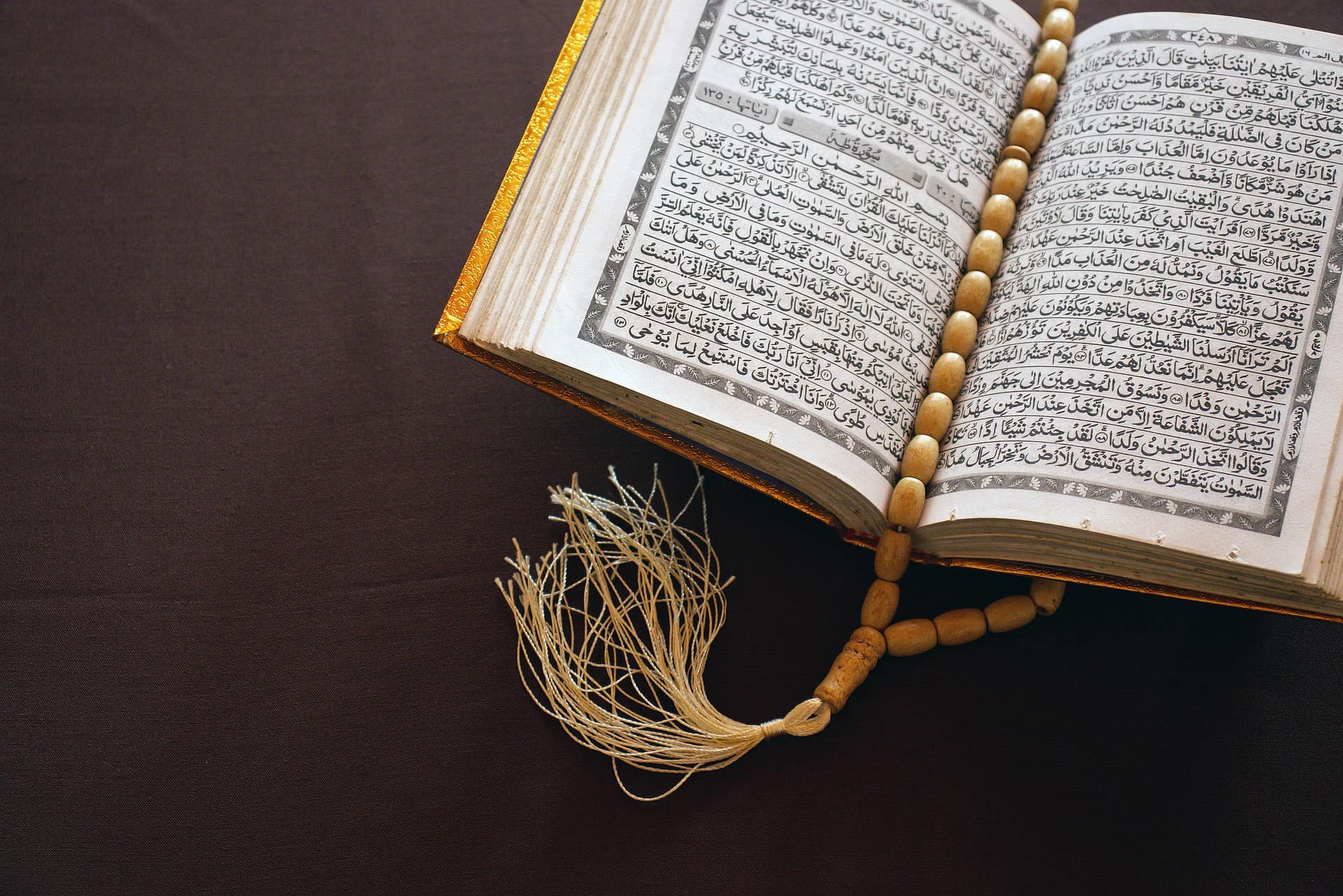 Surat Qaf is a short surah which was revealed in Makkah, during the period when society was still rejecting the basic concepts of Islam, such as the Oneness of Allah and the Day of Resurrection. In response, Allah Almighty points out the proofs of His existence and the reality of life, death and the afterlife using the signs in His universe and in His creation. He challenges their reasoning.

In general, Makki surahs, unlike later surahs revealed in the Madinah phase, have hardly any rulings but focus on connecting with Allah and noticing His creative power.

Recited at Jummuah and Eid

The Prophet (peace be on him) used to recite this surah in Fajr, on Jummuah from the mimbar and during Eid prayers as well.

Ubaidallah said that ‘Umar bin al-Khattab asked Abu Waqid al- Laithi what God’s Messenger recited at the ‘Eid al-Adha and ‘Eid al-Fitr, and he replied that he recited at both of them, ‘Qaf. By the glorious Qur’an’ (Surat Qaf) and ‘The Hour is nigh (Surat al Qamar).’ (Muslim)

The Apostle of Allah (peace be on him) used to recite in the morning prayer ‘Qaf. By the Glorious Quran’. and his prayer afterward shortened. (Muslim)

I memorised Surah Qaf from the mouth of the Messenger of Allah (peace be on him); he would recite it in his Khutbah on every Friday. (Abu Dawud)

The surah begins with a single letter of the Arabic alphabet – the letter ‘qaf’. 29 surahs begin with disconnected letters of the alphabet. In total there are 14 letters (half of the alphabet) which appear and no one knows why Allah Almighty chose to do this. Not least the community whose language this was and who had never heard the letters used in such a way, in speech or poems or prose. Moreover these were being conveyed to them from the mouth of the Prophet (peace be on him) who was illiterate.

Why is the Messenger (peace be on him) a mere mortal?

Next, Allah Almighty swears an oath by the Quran – the majestic, noble Quran. Then Allah depicts the confused state of the Quraysh who cannot accept the idea that the Messenger came from their own people and that we are resurrected after we have disintegrated to dust.

Qãf. By the glorious Quran!

All will be resurrected,˺ yet the deniers are astonished that a warner has come to them from among themselves ˹warning of resurrection˺. So the disbelievers say, “This is an astonishing thing!

˹Will we be returned to life,˺ when we are dead and reduced to dust? Such a return is impossible.”

We certainly know what the earth consumes of them ˹after their death˺, and with us is a well-preserved

They Quraysh felt it would be more appropriate for a divine message to be revealed to them by an angel, not a human like them. In reality, it is a great blessing that Allah Almighty sent His message through someone who was from them, spoke their language and understood them. Someone they could relate to, rather than an angelic being.

They remarked that the concept of resurrection is a very strange, far-fetched idea (shayun ajeeb)! However Allah Almighty turns to them, and says that they are the ones who are strange for denying His signs.

Allah Almighty gives examples of plants, and sky and earth which Allah created for their existence, survival and use. The fundamental features of our planet, such as water which enables us to have life and sustenance through gardens, crops and fruits. Indeed, their life cycle shows us that we too can be revived and brought back to life after death- whether they believe or not.

We send down blessed rain from the sky, bringing forth gardens and grains for harvest,

Consolation to the Prophet (peace be on him)

Allah Almighty tells the Prophet (peace be on him) that previous nations denied their messengers as well, to boost his morale and confidence.

The power of the Creator to create

Were We incapable of creating ˹them˺ the first time? In fact, they are in doubt about ˹their˺ re-creation.

Rather, as the Creator, Allah knows us better than we know ourselves- our fleeting thoughts, our deepest thoughts and our intentions. In the famous, oft-quoted ayahs, Allah tells is closer to us than our jugular vein:

“And We have already created man and know what his soul whispers to him, and We are closer to him than [his] jugular vein. (50:15-16)

Death is inevitable and when it comes the truth will be undeniable. Though many of us try to avoid thinking about it.

˹Ultimately,˺ with the throes of death will come the truth. This is what you were trying to escape! (50:19)

No one can escape this reality. Every soul will come and will be resurrected by body and soul. The veil which screened the Unseen from us will be removed. Each person will be accompanied by two angels, one will lead him and the other will be the witness.

˹It will be said to the denier,˺ “You were totally heedless of this. Now We have lifted this veil of yours, so Today your sight is sharp!” (50:22)

We all have two angels with us who watch us (raqeeb) and (‘ateed) on our right and left. They write the hasanat (good deeds) and sayiaat (bad deeds).

When the two receivers receive, seated on the right and on the left.

Man does not utter any word except that with him is an observer prepared [to record] (50:17-18)

Allah Almighty mentions what happens to those who deny the akhirah. He puts the consequences before their eyes – hellfire and torment. He could have believed and followed the guidance but choose not to:

One’s ˹devilish˺ associate will say, “Our Lord! I did not make them transgress. Rather, they were far astray ˹on their own˺.”

We have two paths before us. The choice is ours.

The traits of the People of Jannah

By contrast, Paradise which will be brought close to the righteous. Those who are awwabu and hafidhu – the keep repenting and restrain themselves, and sticking to the limits prescribed by Allah. And when they stray, they come back.

Attribute of people of Jannah is they fear Allah in secret not just public and they have qalb muneeb, a heart full of inaba (which is like tawbah), and devout and sincere. They will be rewarded limitlessly:

There they will have whatever they desire, and with Us is ˹even˺ more. (50:35)

Fortify your fortress – glorify Allah before the sunrise and sunset

The surah ends with the stark reminder of the people who were destroyed in the past for their disobedience. The Prophet (peace be on him) is reassured no matter what people say and accuse him of, he should be patient and glorify Allah Almighty, before fajr, and maghrib and all the set prayers.

So be patient ˹O Prophet˺ with what they say. And glorify the praises of your Lord before sunrise and before sunset. (50:39)

Your fortress has to be strong, your tasbih of Allah and connection with Him.

Allah Almighty ends by saying keep reminding others of Allah using the Quran, inshallah Allah will open their hearts. We should not surrender to our challenges, or give up. We should do our best to face our challenges and keep ourselves connected to Him. The more we are connected, the more we have the power to face our reality. The less we are connected the weaker our defences are, and the more liable they are to collapse. The Quran, salah and repentance are how we connect to Allah. May Allah Almighty make us people of the Quran.