Have optimism even in the midst of fear 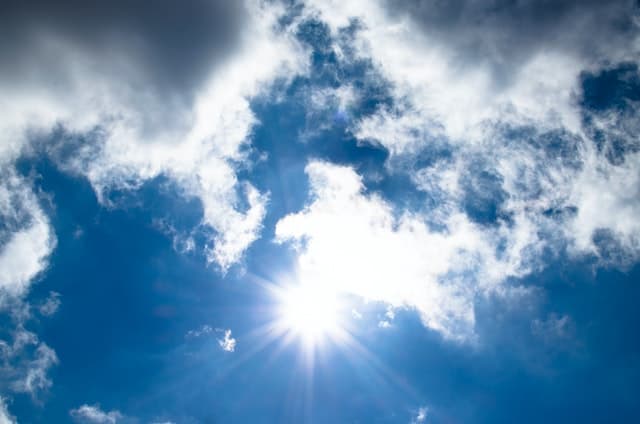 God repelled the disbelievers in their rage; they gained no advantage. God thus spared the believers

Surat al-Ahzab is referring to the Battle of al-Ahzab (Battle of the Trench) when 10,000 troops who were a coalition of Makkans, Jewish tribes who had been expelled from Madinah and the Bedouin tribe of Banu Ghatafan planned to destroy Islam and wipe out every trace of it from Madina.  The Prophet Muhammad (peace be on him) did not have troops to match that – only about 3000 ill-equipped men.

Yet, when Allah Almighty wants something, He facilitates the means for it to happen. Salman al Farsi, the companion who had come from Persia advised that the believers could dig a trench to protect them from attack. Such a strategy was unheard of in Arabia. The Prophet (peace be on him) liked the idea, so they began digging the trench (3.5km x 6.5-7.5m x 7-10m) around Madina day and night in 3 to 4 shifts over 2-30 days. The Prophet (peace be on him) was with them the whole time digging and carrying the rocks and sand. The moral of the story is that even when you are no match for your enemy, and your numbers and resources are limited, do your best and put your trust in Allah.

The believers were absolutely terrified and to make matters worse, the Companions were troubled by a large, implacable rock that they could not shift. Allah Almighty describes their state:

When they came upon you from above you and from below you, and when the eyes grew wild and the hearts reached to the throats, and you were harbouring doubts about Allah. (33:10)

The companions sought help from the Prophet (peace be on him) who struck it. Suddenly a vision of the castles of Sham appeared. He gave them the good news that t they would survive and they would live to see the conquest of Sham which is the region of Palestine, Jordan, Syria and Lebanon.

He gave them optimism in their moments of despair. The Companions were heartened by this good news when they thought they were finished.

We all need someone to give us good news in the midst of bad news. We don’t need people to throw in their pessimism when we are down, or to tell us we will die, when we are ill, though we may die.

I had a friend who was sick and when people around him started recited Surat Yasin, which is often recited for the deceased, he was perturbed and exclaimed ‘I am not dying!’ as Surat Yasin.

Don’t make people feel pessimistic. Encourage them and motivate them and give them hope.

Take heart from the victory of the believers over their enemy. They could not vanquish the believers despite their magnitude and eventually dispersed with their tails between their legs. When the believers were ready to fight, support came from Allah and He protected them.

O you who believe! Remember God’s blessings upon you, when forces came against you, and We sent against them a wind, and forces you did not see. God is Observant of what you do. (33:9)

No matter how difficult the circumstances are, do your best and put your trust in Allah and He will give you relief.