Children in the mosque 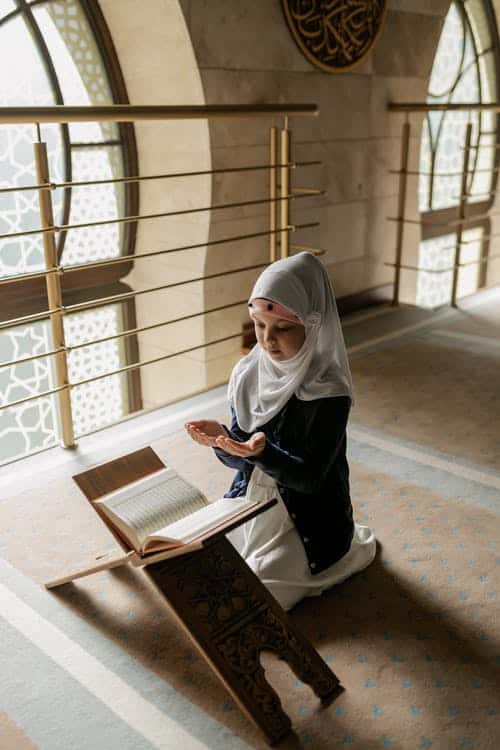 Often elders who come in late to the mosque ask children and teens who are in the rows ahead to move to the back to make space for them. The children are often disappointed. Can you please comment?

This is quite common. Let’s get to the bottom of it. In the hadith, the Prophet (peace be upon him), mentioned that children should be in the back row when he organised the rows for prayer, men, children, women. This is the way it should be, but bear in mind that he educated them so that they are aware of this. When they went to the mosque they were very familiar with the rules and regulations; so there was no awkwardness or embarrassment because they know where they should stand.

In our day there is widespread lack of awareness and we rarely bring our children to the mosque so they are not aware of the etiquettes and rules. Moreover we want them to love the mosque rather than have negative associations with it.

Reprimanding them and treating them harshly, with the stick mentality will not give them a good experience or happy memories of the mosque. It will make them hate going to the mosque because they keep being told off. They will feel they are treated as babies, instead of their age.

Therefore we should respect them and allow them to go to the mosque and even stand in the same row as us. We should also teach them how to behave with courtesy and stick to the etiquettes of the mosque.

Teach children the etiquettes of the mosque

You might have a very young children coming to the mosque, playing and even running around and they will be put off if they are shouted at. You should, of course teach and train your children not to cause disturbance for those around them, but teach them gently, so they do not get bad experience.

Accommodate young children in the mosque

I have seen Turkish mosques, where they have a a crèche for the children at the back with toys where they can play. Whilst the salah is taking place they are playing in the back and laughing without causing too much noise and disturbance but they love the mosque. We should also create this space for children in the mosque suitable for our times, space, community etc.

From the collection of hadith in Ibn Hajar al Asaqalani’s Bulugh al Maram. Taken from the last chapter in his book, which is Kitab al Jami (The Comprehensive Book), which is a collection of etiquettes.