What Qualities does a Teacher of Deen Need? 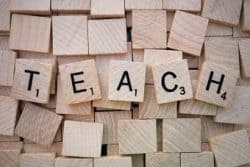 What Qualities a Teacher of Deen Should Have 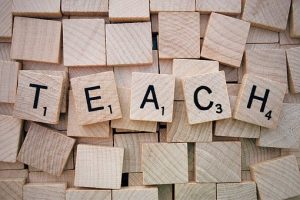 The observation of Allah Almighty, in the life of a teacher, is perhaps the single most important aspect a teacher should have; the others are secondary features that fall into place when the first is present.

As the teacher is acting as a representative of Allah and His Messenger (peace be on him)’ he has placed himself in a position to convey the message that was sent down to Muhammad (peace be on him).

The teacher is delivering this sacred knowledge and must be aware of the importance of this. He must be connected to Allah Alimghty and the practice of the Messenger of Allah (peace be on him). Therefore, he needs to be very aware of what he is doing and what he is saying in both his public and private life. It means the teacher must have taqwa (God-Consciousness), and he must practice Ihsan in everything he does.

A teacher must himself act in accordance with what he is calling others to, and be a righteous example through his character and conduct. He should not call others to do something and then not do it himself, nor prohibit others to leave something, whilst engaging in it himself.

It is those believers who call to the truth, act upon what they call to and hasten to righteousness and avoid the prohibited who will be successful and who will be rewarded.

Allah Almighty cautions against ordering others to good and prohibiting evil, whilst acting to the contrary. Allah Almighty says regarding this:

As for the punishment this person has to bear in the Hereafter, the Messenger of Allah (peace be on him) said:

‘A man will be brought on the Day of Judgement and he will be thrown into the Hell-Fire, so that his intestines will come out and he will go around like a donkey goes around the millstone.’ [Bukhari]

Therefore, from the most important qualities of the teacher is to act upon what he calls to and abstain from that which he prohibits.

The teacher must free himself from performing any matters that have been ruled detestable (makrooh) as well as from indulging excessively in matters that have been ruled allowable (mubaah), while in the presence of his students. He should always have his students see him obeying Allah and remembering Him much (dhikr), and he must preserve that condition. He must be cautious of all the dangers that are to be heeded, such as jealousy, showing off, being amazed with oneself, and having contempt for others.

To preserve knowledge, the teacher has to continuously review and update his knowledge, especially in subjects that he is delivering. Often, a particular understanding of a topic changes in light of new information made available, there fore it is paramount that the teacher revisits these subjects.

Many scholars of the past used to preserve their knowledge especially in the field of hadith by acting upon it. Imam Ahmed said:

‘When ever I came across a new hadith, I would practice it, so how can I forget it.’

‘Knowledge calls for action; either the call is answered or knowledge will depart.’

The preservation of knowledge is also achieved by actively engaging in it through:

In previous generations where technology was very much limited to pen and paper, the main method of preservation was memorisation and writing. Today, by the grace of Allah, we have many ways of archiving our knowledge, so where are the knowledge seekers?