Why should I perservere and how can I combat laziness 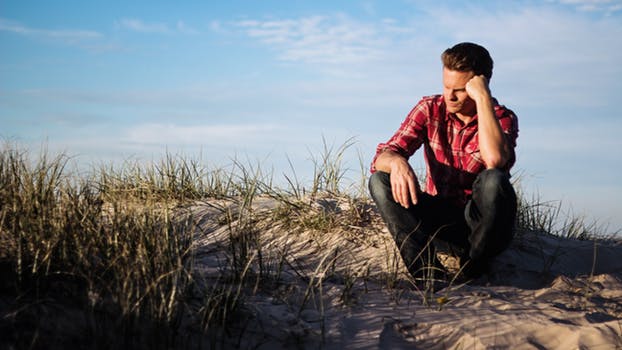 ‘And say: Work; so Allah will see your work and (so will) His Messenger and the believers; and you shall be brought back to the Knower of the unseen and the seen, then He will inform you of what you did.’ (9:105)

There are no less than three hundred and sixty verses in the Qur’an which talk about action (a’mal) and amongst these verses are mentioned good deeds, actions related to the akhirah, righteousness, taqwa (obedience), as well as actions related to the dunya, like seeking a job, earning a halal income and so on.

Nevertheless it has been mentioned on two occasions in the Qur’an, in Surah Nisa and surah Taubah that the opposite of action is laziness and the ayahs relate to the munafiqeen (the hypocrites). When they want to pray they do it with laziness, particularly when they are praying salah:

If we look at these two words: a’mal and kassal, (action and laziness), we see that Allah Almighty is always promoting being active, and always telling believers to perform good deeds whether for the akhirah or whether for dunya, such as to earn a living. He is always encouraging us to work hard, to carry out the right actions, and to choose the right direction to follow.

Sometimes, without doubt, out of human nature we fail – we are sometimes lazy and we also commit mistakes. How do we deal with this? Allah Almighty is our creator and He definitely knows that we have weaknesses, as He stated clearly in the Qur’an He created us from weakness,

Allah is He Who created you in (a state of) weakness, then gave you strength after weakness, then after strength gave (you) weakness and grey hair. He creates what He wills. And it is He Who is the All ­Knowing, the All­ Powerful (i.e. Able to do all things). (30:54)

Humans have been created weak, so we are not always in the best shape and form. We are not always in the very forefront. Sometimes we are, sometimes we are in the middle, sometimes we are at the back. How do we regain our position again to be back at the very forefront? Allah Almighty has created a system to bring us back to the forefront. When we read the Qur’an and the sunnah of the Prophet (peace be on him) we are given a formula. For instance the very famous hadith in which Abu Dharr reported that the Messenger of Allah (peace be upon him) said:

‘Be mindful of Allah wherever you are, follow a bad deed with a good deed and it will erase it, and behave with good character toward people.’ (Tirmidhi)

Persevere and Make a Fresh Start

If we read behind these words and between the lines we see it’s an invitation from the Prophet (peace be on him) not to give up. Moreover we are told not to lose heart:

Abu Huraira reported Allah’s Messenger (peace be on him) as saying:

A strong believer is better and is more lovable to Allah than a weak believer, and there is good in everyone, (but) cherish that which gives you benefit (in the Hereafter) and seek help from Allah and do not lose heart, and if anything (in the form of trouble) comes to you, don’t say: If I had not done that, it would not have happened so and so, but say: Allah did that what He had ordained to do and your” if” opens the (gate) for the Satan.

In the famous story about Thomas Edison, apparently the inventor was fired twice from his first two jobs because he was unproductive and when he started making inventions, especially electricity and the bulb, he failed 999 times but at his thousandth attempt he made it. When he was interviewed by one of the journalists, and asked how it felt after to experience failure a thousand times, he replied  ‘My invention did  not fail a thousand times. The way to success was a thousand steps. This is how I made it. I made it with a thousand steps.’

Not giving up should be our nature, as the Prophet (peace be on him) said to ‘Follow up a bad deed with a good deed.’ If we put this in another context it means if you fail then keep trying. However, do not try the same method. Use another technique. Use another principle. So not keep repeating the same thing the same way. Inevitably, you will end up with the same result. As per the quotation:

Insanity is repeating the same mistakes and expecting different results.

We learn therefore that if we fail (and certainly we are failing in many areas), we need to try again.  Reassess the situation and not give up. For the moment we give up, Shaytan succeeds in steering us towards laziness. Failure without hope leads to depression, and then a vicious cycle of taking anti-depression medicines, trips to the psychologist or psychiatrist. Yet we have in Islam, an antidote against depression: Follow up a bad deed with a good deed.

Try something different, try a different method or with different circumstances. The Prophet (peace be on him) was encouraging the believers not to give up, rather stick to the right intention, do the right preparation and then keep trying. Whether in our business or our journey to Allah Almighty.  Those who are currently struggling to wake up for Qiyaam ul Layl, those who are struggling in reciting the Qur’an, those who are struggling to keep their imaan, to be on the straight path, or to lower their gaze should all keep trying but use different techniques.

The Prophet (peace be on him) said, ‘A believer is not stung twice (by something) out of one and the same hole.’

To break age old habits, change your way of delivery and above all rely on Allah Almighty as the Prophet (peace be on him) clearly said in the hadith: seek help from Allah Almighty, as you are weak by yourself. Even worse than that, if you have the wrong company, it is worse than being alone.

Who you Hang out with

The wrong company is having Shaytan for company. It is doubly evil.  Change your company. If they are what led you to the failure, then it is unwise to stick to them and keep accumulating sins.

Imagine that you have a fresh carpet white and every time you commit a mistake, it leaves a stain. If  you never clean it, then each mistake, sin or failure will keep smearing it with filth. This is why we have the mechanism of repentance (taubah) and istagfar. It keeps us clean, washes us, keeps us fresh.

Spreading goodness has to be our priority. If we commit a mistake, we should not give up but come back again and seek Allah Almighty’s forgiveness. If it was a business or project that failed, seek the help of the specialist, reassess the situation and try again.

We’ve seen the story of the man who came to the Prophet (peace be on him), and he was failing in doing any business so he had no money. He wass still young and strong but owned nothing. He asked the Prophet (peace be on him) to give him some money. The first time the Prophet (peace be on him) gave him money, but the second time he asked him to bring the two things he owned: a wooden cup which they use and an old rock, and asked the people in the mosque who would buy them for one dirham. When someone offered to buy them, he asked: Who will increase this bid? (This is how we get the permissibility of options). When he reached the final bid, he passed it to him and told him to chop some wood and sell it and not to return to him for 15 days. The man returned after fifteen days with ten dirhams. He asked ‘What should I do with it, ya Rasulullah?’ And was advised to buy some food for himself and his family, and some clothes and then keep the rest. What we say in our times today, is inject it in the business. So the Prophet (peace be on him) helped him to come back and become successful with his business. Similarly with good deeds front, there are so many occasions we see that companions would come to the mosque feeling as if they sins exceeded the scope of forgiveness. The Prophet (peace be on him) taught them:

Oh Allah, Your forgiveness is greater than my sins and my hope in Your mercy is greater to me than my actions. (Muslim)

Also, on the authority of Anas (may Allah be pleased with him), who said: