What’s wrong with lingering by the side of the road…? The multi-dimensional lessons of a simple hadith 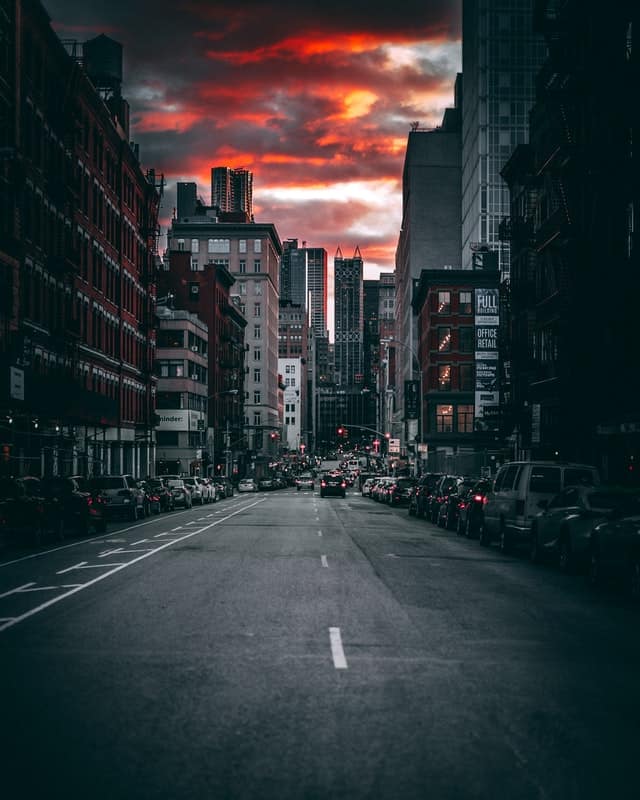 Abu Sa’id Al-Khudri (may Allah be pleased with him) narrated that Allah’s Messenger (peace be upon him) said:

‘Avoid sitting by the roadside.’

They (the Sahaba) asked, ‘O Allah’s Messenger, we cannot do without those meeting places in which we converse,’

so he said, ‘Well, if you insist (on that) give the road its dues?’

They asked, ‘What are the road’s dues?’

He replied, ‘Lowering the eyes, abstaining from anything offensive, returning salutations, enjoining good and forbidding evil.’ [Bukhari and Muslim]

Here, the Prophet (peace be upon him) is establishing good social codes and practices, improving and enforcing decent behaviour in the community and making the public space accessible to everyone.

The community followed the ‘jahiliyah code’; some of their practices were in line with the sharia, some of them weren’t, so that is why the Prophet (peace be upon him) gave guidance to the companions in every sphere – whether it was regarding their work environment, market practices, homelife and in the above hadith how to behave in the street.

The scenario this refers to when people congregate outside their homes, shops or market places hang out by the roadside. The Prophet (peace be upon him) told them to avoid doing this. Why would he say this?

Scholars have commented on this by saying that though this is a command from the Prophet (peace be upon him), he did not say that it is haram to do this, as the companions queried this instruction, saying that they could not help sitting by the roadside as that is how they conversed with their friends. Therefore scholars determined if it had been forbidden the companions would have accepted it straight away, rather than discussed it with him. As a result, we view it as a recommendation rather than an obligation.

The dynamics between a leader and his subjects

The interaction in this hadith demonstrates a pertinent point aside from the content of the hadith itself – that is the dynamics between the leader and his subjects. If one feels that a command does not fit the needs of the community well, one should raise this and voice this. When you are on the ground, and know the needs of people more than the people at the top, you should feed back your concerns to them, as it is an amanah, (trust). Thus the companions queried this, because sitting by the roadside was part of their daily lives. They conveyed this to the Prophet (peace be upon him), saying ‘Ya Rasool Allah, this is something we need.’

Look at his approach in response; he did not say that they were rebelling against him, but guided them that if they still wanted to do that, that they should adopt the best etiquettes, or as they say in business, use the best practice. He was open to hearing their views and ready to listen and accordingly clarified the matter for them further.

Etiquettes of the roadside

The exchange reveals that firstly it is better to avoid sitting by the roadside as much as possible, but if one has to, then how to do it with the best manners. This is out of Allah’s mercy and the ease which Allah has provided in Islam.

This is very advanced in the sphere of rights – in addition to human rights, and animal rights, Islam even talks about the rights of the street – not to be blocked or obstructed. It’s like placing traffic lights in the street 1400 years ago, whereas the first traffic lights were erected in the UK in 1868.

The Prophet (peace be upon him) mentioned 4 or 5 things about the etiquettes of sitting by on the side of the road in this hadith: one should lower one’s gaze, remove harmful things from the street or in another translation, abstain from any offensive behaviour, return the salam, command what is good, deter people committing any evil from doing it.

In addition there are other narrations by the Prophet (peace be upon him) talking about street etiquettes.

14 recommendations of how to behave in public places

1. Greet people and spread the salam,

3. Say ‘Yarhamukallah’ if someone sneezes.

4. If someone greets you with the salam you should reply.

5. If someone needs help carrying their bags then you should help them.

6. If someone is oppressed – bullied, attacked etc and you witness it, you should help him.

7. If someone is in desperate need, you need to help him.

8. If someone is lost, you should help him find his way.

9. If someone is confused, help him.

11. Deter people from committing any evil.

12. Remove harmful things from the street.

14. Remember Allah much a

These are the 14 etiquettes he mentioned (may Allah have mercy on him) from the collection of different narrations and the sunnah of the Prophet (peace be upon him).

What is wrong with hanging around the round?

Scholars commented on this hadith by saying the Prophet (peace be upon him) recommended not to sit by roadside street because of the fitnah, such as staring at a woman who is passing by, or for women sitting outside watching men passing by, or because you may not be able to greet everyone, and if you neglect to reply to someone’s salam or say Yarhamukallah when they sneezed t is sinful. Or if you are engaged in idly backbiting pedestrians, ‘Look at him, look at her, look at his dress, look at her dress, look at the colour, look at this style, look at this shoes etc., it’s a tool for the Shaytan to play you.

It is a reminder to be careful at all times. This is why he said, the Prophet (peace be upon him), lower your gaze, control your tongue, command what is good, forbid what is evil. It could be that you are blocking the path by sitting on it or causing a distraction or disturbance. Or creating difficulty for those passing by, which his not allowed.

It is a caution that shaytan can incite you anywhere, even when you are just sitting by the side of the road, and a reminder to ‘remember Allah much’ because the marketplace is a hotspot for Shaytan. He roams freely unless you are protected by the dhikr and the remembrance of Allah Almighty, otherwise Shaytan can enter your heart, your thoughts and open avenues for sin.

Certainly if you see somebody tired or old struggling with their bag offer to help them and give them a hand. Of course you need to ask them first, especially in the West; which is not like the East where you can help someone without asking them and they are grateful. Here you need to ask and sometimes, but if you see someone carrying heavy things, or a mother carrying her child up the stairs or an elderly person struggling up the stairs on the underground, or someone ins wheel chair helping them should be second nature to us.

They will make dua for you and you will be just rewarded for this very small act of kindness. Allah will reward you immensely. I tell you one of my friends actually, up North, bless him. He said on a very rainy day, ‘I’ve seen some ladies on the street struggling with heavy bags so I gave them a lift.’ They were grateful It was a small act of kindness. One of them raised her hand and said, ‘Insha’allah you will do Hajj every year’ and subhanallah, the man said it happened 20 years ago but that since then he had indeed performed Hajj every year! An act of kindness can go miles if it has been done with the right intention, and with the right etiquettes. She made a very pure, sincere dua from her heart because she was appreciative to his act of kindness and she wanted to reward him but she couldn’t. The best reward for an act of kindness is dua. Allah accepted her dua.

It is no surprise therefore that the Prophet (peace be upon him) said, ‘Do not belittle any act of kindness’ even if it’s a small, even if you were to meet your brother or sister with a smile on your face.

If you are sitting on the street, don’t frown you will spread misery. Sometimes people are scary, and people avoid going past them, so don’t put people into difficulty. It is better to remain inside your shop, than sit outside it. If you do sit outside it, smile and be friendly. Do not make comments to passer-by’s that are not your business like ‘What do you have in your bags’ or ‘What are you shopping for today’. This is none of your business. ‘Can we have some of the sweets which you are carrying?’ No, you have no rights whatsoever to do that. No, this is not allowed. And even if he were to feed you from the stuff which he is carrying; if he didn’t do it out of willingness from him, it’s like stealing from him.  When you force it in a nice way although it’s not a nice way to ask, it’s like taking it without his consent. If it’s under embarrassment, he was so embarrassed that he gave it to you or he offered it to you. You may not force it on him, he may give it to you but you embarrassed him and he can’t but to give it to you.

Don’t do that and unfortunately sometimes the fundraisers to that. They corner people and embarrass them into giving. This will ruin the intention and the reward.  So don’t embarrass people. You should not take anyone’s money without their full consent.

This hadith may not seem very important, yet it shows how Islam is always striving to make the community a better place. It is still relevant to us today, particularly in areas where intimidating groups of youths or men congregate or inconsiderate teenagers, menacing gangs, one is too scared to walk past or feels uncomfortable by their presence. Before the ASBO (antisocial behaviour order) and Anti-Social Behaviour, Crime and Policing Act was introduced in the UK in 2014, Islam had already addressed the issue.

This hadith shows how the Prophet (peace be upon him) taught us social codes and the rights of the street well ahead of its time.

We ask Allah Almighty to enable us to follow the Book of Allah and the sunnah of the Prophet (peace be upon him), as much as we can. Ameen.