What Can We Learn From the FIFA World Cup? 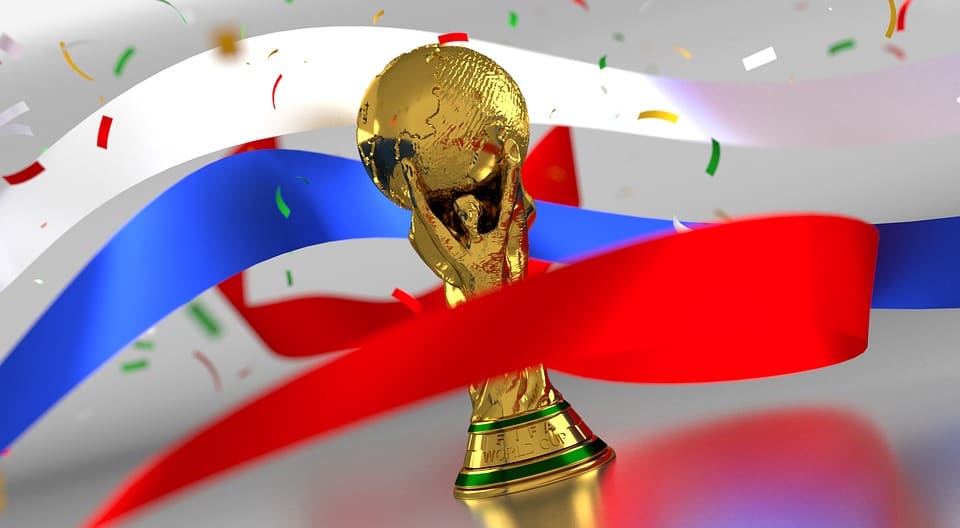 ‘The strong believer is more beloved to Allah than the weak believer. And in both there is goodness’ (Muslim)

What does ‘strong’ believer mean?
Is it muscles and brawn? Is it intellect? Or is it Imaan?

If it is Imaan does that exclude physical strength?

The strong believer is not the one with greater physical strength, otherwise the athlete would be closer to Allah Almighty than others.

However this does not diminish the importance of physical fitness and strength.

A strong Muslim should ideally be strong not just in Imaan but also in their body. If you look after your health and fitness you can pray standing up rather than sitting down, and so physical agility enables better worship. We should all aim for a fitter lifestyle rather than a life riddled with ailments due to neglecting our health.

The Prophet (peace be on him) inspired the ummah to be strong in their Imaan and body.

This year we have had expectations from some Muslim teams, however we have also seen animosity among Muslims, and even Muslims supporting non-Muslim teams against themselves. This shows how weak their Imaan is and how weak our ummah is. Moreover last year FIFA coincided with Ramadan causing a conflict among many between tarawih prayers and football matches!

That is not to say that we have no interest in what is going on. There is much we can discover from it. Indeed, FIFA is like a playground version of our ummah!

What lessons can we learn from FIFA?

‘So support one another in goodness and piety’ (5:2)

Injustice between the West and non-West
The controversial use of the Virtual Assisted Referee system rather than erasing bad judgement calls has been somewhat discriminatory towards weaker teams. Reflecting the un-level playing field of global politics at microcosmic level.

Putting Politics Aside
Despite the age-old enmity between Russia and the US and Europe, they manage to sweep it aside for the sake of this Football Cup. Whereas Muslims have proven at every possible occasion that they cannot put their rancour, mistrust and differences aside. Despite being One Ummah, with One God, with One Qur’an and One Qibla how sad we have not been unable to come together even for a silly game!

Formula for Success
Determination, consistency, hard work and harmony are the main ingredients for success.

Money alone is not the driver for success. Without the right qualities, the right mentality and right calibre one cannot gain victory whether at a personal level or community level.

No one knows who will win but we can certainly learn a few lessons from the events taking place before our eyes, and to which the world’s attention is glued right now.

We ask Allah Almighty to make us strong in our Imaan, our bodies and our ummah. Ameen