Seize the day! Another lockdown. Another chance to turn adversity to opportunity. 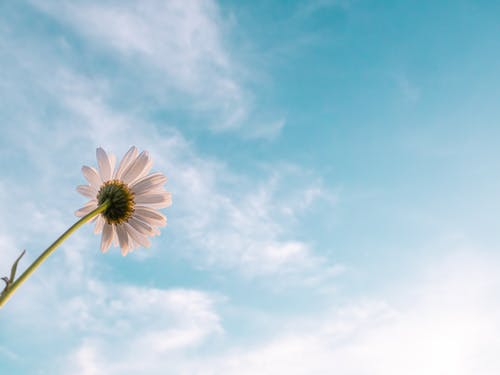 Here we go! Another challenge. Another lockdown for four weeks. As many people have braced themselves, and the high streets have shut down, and we go into a sort of hibernation, we have to remember that this is destiny from Allah Almighty. It is Qadr Allah. And yes, we have to be patient and reflective during this time.

We have an Arabic proverb:

Proverbs often have a kernel of truth in them. They usually capture and reflect our reality. They often echo or are rooted in concepts which are embedded in the Quran and Sunnah.

This proverb is one such example. It reflects the ayah of Surat al Imran, in which Allah Almighty addressed the believers, as they licked their wounds in the aftermath of the Battle of Uhud.

They had suffered losses, they had suffered humiliation and they were demoralised. Allah Almighty, in an extensive 80 verses, revealed to them the mechanism with which they could pick themselves off the ground and dust themselves off – physically and psychologically.  He consoled them that it was part of life to experience highs and lows:

If a wound afflicts you, a similar wound has afflicted the others. Such days We alternate between the people, that God may know those who believe, and take martyrs from among you. God does not love the evildoers. (3:140)

Part of this ayah, ‘Such days We alternate between the people’ has become so widespread that Muslims and non-Muslims commonly quote it as if it is a proverb and probably don’t even realise it is an ayah.

Life has ups and downs

The ayah reminds us that our fortunes go up and down. Life is not stable for anyone. You have good days and bad days. You have many hiccups in your life, along your way. Individuals and communities are tested.

And we see this in the world. We have not yet finished counting the votes in the US elections, and Muslims are being continually scapegoated and persecuted in many parts of the world, from France to China.

Victory is round the corner

Many millions have voted for Trump! Are all of them happy for him to be their leader? I am surprised by this. How could people vote for him? I thought some people would vote for him of course, but it is staggering that such a large number of people have chosen a person who has no principles, no respect for humans, race or religion, whose politics are based on hatred and division, on egoism and egotism. He is not the subject of my reflection, it is the people who voted of him. Where are their principles, dignity and respect?

There are two kinds of people: those who, when they are tested, moan and mope, and allow themselves to be consumed by their troubles. They go into depression and become inert, inactive and unproductive. And those who when tested do not accept defeat. They do not give up. Whether they are tested in their health or wealth or children or colleagues, they seek solutions and the way to turn the test to their advantage. They take it as opportunity. They use it as a chance to be a better person, spouse, parent and worshipper. And they also look for ways to boost their business, think outside the box and are creative.

Ask yourself: How can I invest in this moment? How can I benefit my community?

Let me be optimistic. Just as the Prophet (peace be on him) always turned the test into an opportunity. He never left any challenge without tackling it with a generous dose of imaan, intellect, and determination.

During the Battle of Khandaq when the believers were so terrified that they might die, and their hearts were in their throats out of sheer fear, the Prophet (peace be on him) told them that they would not just be victorious but they would conquer the Roman lands. It was unimaginable for them at the time, as they felt they were on the brink of their doom. Yet, right in the midst of their fear, he showed optimism, courage and hope.

How many a prophet fought alongside him numerous godly people? They did not waver for what afflicted them in the cause of God, nor did they weaken, nor did they give in. God loves those who al Sabireen the patients. (3:146).

Allah will support you

Let’s look and reflect on what we have from Allah and turn it into something beyond our expectations. Seize the opportunity. Don’t give up. Don’t be miserable.

This test is your chance to improve your business and your relationship with Allah Almighty, and raise your rank. If you think and reflect deeply. Allah Almighty will open the way for you.

I have lost count of the number of events that have made us cry in recent years. But I don’t want to cry and be sad, I want us to be positive! And bring good out of this situation for ourselves and the ummah at large.

Think deeply and do something in whatever field you are in. Have patience and perseverance, and trust and yaqeen (certainty) in Allah, He will help and support you and make you victorious. Ameen.