On the passing of Elizabeth II 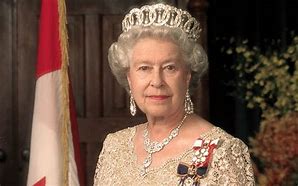 Death is a reality that we find hard to comprehend

The passing of the Queen, even at the age of 96, who it almost seemed would live forever, but came suddenly and unexpectedly just two days after she met the new Prime Minister, shows that none of us will live forever and reminds us that we need to be prepared for our own death.

Allah Almighty said every single one of has to die and that we will all receive our just desserts on the Day of Judgement, meanwhile this life is distraction from the reality of death and what is important.

Every being will taste death, and you will receive your recompense on the Day of Resurrection. Whoever is swayed away from the Fire, and admitted to Paradise, has won. The life of this world is merely enjoyment of delusion. (3:185)

Allah confirms that death is an undeniable fact – regardless who you are, what you do or where you are, no one can escape it. Whether one is rich or poor, a king or queen or servant, everyone will die. No one stays alive, except Allah, who is Al Hayy and Al Qayyum, the living, eternal and everlasting.

Losing people is reminder to us of the fact that we too have to go one day, so the Prophet (peace be on him) told us to mention death frequently. Abu Hurayrah reported that the Messenger of Allah (peace be upon him) said,

How do we prepare for death, as death might come suddenly?

The qualities of a much-loved Queen

The Queen, regardless if you are monarchist or republican, had many admirable qualities and there has been a huge outpouring of affection for her. Though as Muslims the colonial past is a wound from which we continue to bleed, and we have theological differences, this does not mean we cannot look at the figure of the Queen as an individual and respect her for the qualities she showed or appreciate that her passing brings the end of an era.

Undoubtedly, she was poised, charismatic, loved by and connected to people and she was able to bring opposites together and reconcile nations, which is a very good feature. She was patient and had a deep sense of duty, despite finding herself in a position she never expected to be.

Yet she accepted her fate and served till the very end, smiling, patient and dignified for her 70 years of reign and she was a role model in humanitarian work.

Throughout her reign, though she did not have the power to create policy, the Queen was known for her kindness, caring for the young and the poor, being graceful and well mannered. She was loveable and survived a long and turbulent period not only in terms of history, but with regards to her own family.

Showing respect for the deceased

Islam teaches us to be respectful towards others during their lifetime and also when they have gone.

“Do not abuse the dead, because they have come to what they have sent before them (i.e., their deeds, good or bad).” [Bukhari]

Aisha (may Allah be pleased with her) said:

“Something bad was said in the presence of the Prophet about a person who had died. He said: ‘Do not say anything but good about your dead.”‘ (Nasa’i). Good narration.

Al-Mughirah bin Shu’bah narrated that the Messenger of Allah (peace be on him) said:

“Do not vilify the dead. Thus you will be offending the living (i.e. if you curse their dead).” [Tirmidhi]

In a weak narration but giving similar advice, Ibn ‘Umar reported God’s Messenger (peace be upon him) as saying,

“Mention the good qualities of your dead and refrain from mentioning their bad ones.” [Abu Dawud and Tirmidhi]

Before death comes to us, let us be ready to meet our Lord. Aisha (may Allah be pleased with her) narrated that the Messenger of Allah (ﷺ) said:

In a hadith qudsi, the Prophet (peace be on him) said that Allah Almighty stated:

This means that our choices are in our hands – we fill our Book with good or bad deeds and create our fate. It is up to us.