Crazy about Shopping? How Bad can it be? 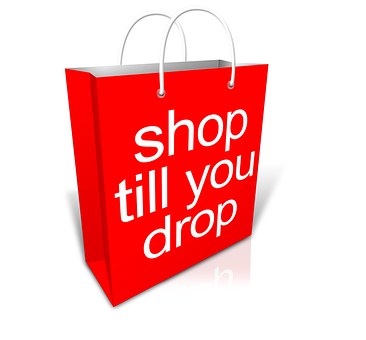 One mania which started some years ago is Black Friday, which occurs on the fourth Thursday of every November. It has nothing to do with race, it is to do with black and red, not black and white! It’s all about profit. If you are in the red, you are making a loss, if you’re in the black you’re making a profit. This trend began in the US after Thanksgiving, and has infected us in the UK. Just last year, statistics said 141 million people in the US went shopping on that particular day, and sales were nearly US$6 billion online, offline etc.

The crowd is crazy for shopping, so we go shopping; the crowd is hasty, so we are hasty; so whatever the crowd is, is being replicated by everyone without any thought, and without awareness of the consequences of it. However, Allah Almighty is warning believers and humanity not to waste what they have been given. Spend it with consideration. Be moderate in your spending. We are all living in austerity measures after the collapse of the financial system. So Muslims and all sane people should act with responsibility. We can’t just go shopping because everyone is going shopping.

During the month of Safar, there are again some habits, and some traditions in communities which does not belong to Islam in any shape or form. And the Prophet (peace be upon him) mentions this in a very famous narration in Bukhari & Muslim and other narrations as well, he said there is no disease infecting people without Allah Almighty’s permission, and there’s no pessimism, and no Safar- Safar which is the month. People used to believe that Safar was a bad month, or bad omen, and when Safar came then there would be evil.*