If you thought swearing was no big deal, think again 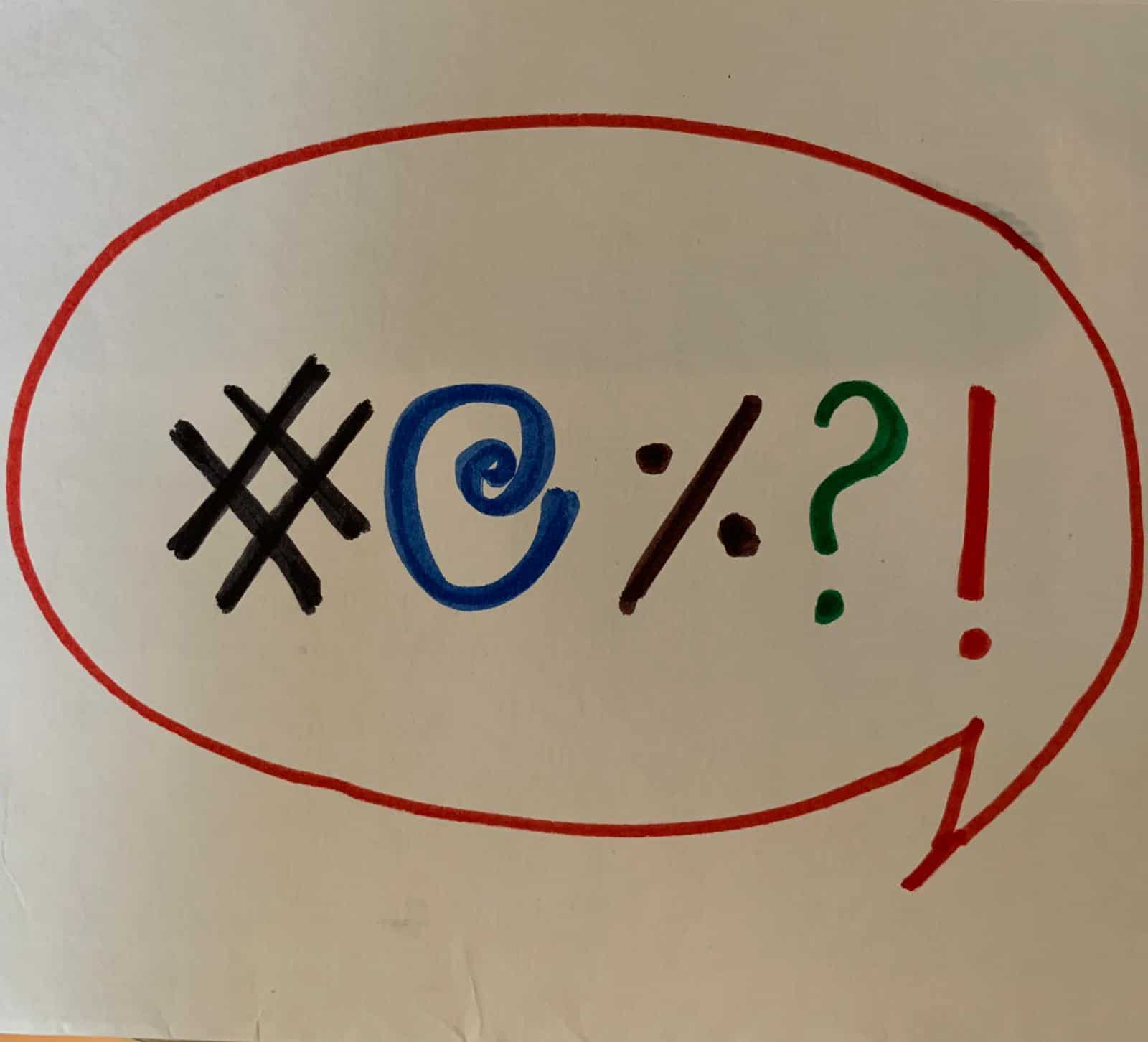 Islam teaches us not to throw words without weighing them.

The Prophet (peace be on him) taught us about major sins (Kaba’ir), including shirk, killing and zina (fornication/adultery). Each one of these comes with a set of punishments. These punishments have to meted out according to rules which restrict who can apply them and under what circumstances they can be applied. The conditions are very specific. If they not fulfilled, they cannot applied.

It may come as a surprise, that among the major sins, like killing and zina, is swearing at one’s parents.

‘Abdullah bin ‘Amr bin al-‘As (may Allah be pleased with them) reported that the Messenger of Allah (peace be on him) said:

The psychology of this exchange

Before we look at meaning of this hadith, I want to draw your attention to the way in which the Prophet (peace be on him) broached this topic. He told us that it was a sin to abuse one’s parents, but then did not say that people do this, rather that they might bring abuse on their parent’s by cursing someone else’s parents.

He did not say, that people swear at their parents, or curse them, even though they might, because he is assuming that by default people do not abuse their own parents.

It is part of tarbiyya (nurturing) and psychology not to directly accuse people when they do something wrong, even if you catch them red-handed. In particular to gain a child’s trust, and to help them improve, you say, ‘I’m sure you weren’t intending to behave badly’, or ‘You must have done it by mistake.’ You make an excuse on their behalf, avoid direct accusation and distance them from the bad behaviour itself.

Essentially you are saying that you trust they are a good person and they don’t always act badly, even though they might have done this deliberately. Otherwise you are telling them that their bad behaviour is their norm, which is demoralising. It does not empower them to improve.

When you say that their sin was an accident, it saves their face, and gives them the opportunity to correct their behaviour. Otherwise you rub their nose in their sin and block their hopes of being better.

They will think, ‘Everyone thinks I’m evil, so I might as well continue. It pushes them further towards evil.

This is how the prophetic approach teaches us the psychology of how to increase the goodness in others.

That is why, in this hadith, the Prophet (peace be on him) when asked ‘How does one abuse their parents?’ Did not reply, ‘Come one! You do this all the time’ but took it as given that no sane and good person does this. Instead he said that one brings abuse on one’s own parents by cursing other people’s parents.

Returning to the meaning of the Hadith, we are told that one of the biggest sins is to insult or curse or hurt your parents, or use foul language about them. It constitutes a major sin.

Any matter that leads to serious consequences or is of grave importance was explained by the Prophet (peace be on him), and major sins was one part of this. Major sins are called the Kaba’ir (great sins, from the plural of kabirah), not just small sins (dhanb) but ‘Sins Plus’.

It is such a big topic that it has became the title of many books, including the famous Al Kaba’ir, by Imam Dhahabi which mentions around 70 sins and Az Zawajir by Imam Ibn Hajar Al-Haytami which is a comprehensive two volume book, covering 467 sins.

No one is immune from sinning, except the angels, and the prophets, who were protected from kaba’ir.

The Prophet (peace be on him) therefore warned us against sins – which come in all shapes and sizes, some deliberate, some oversights and mistakes. It is our nature as humans to make mistakes. We need to know what categories certain sins are and how to clear them, rectify them and which ones carry punishments and require extra repentance to be deleted and forgiven from our records.

By this, the Prophet (peace be on him) was teaching a new community for whom Islam was still a fledging faith, how to worship and the boundaries, rules and regulations they should abide by.

The wider meaning of the hadith

Don’t swear at your parents or anyone else’s parents, or for that matter anyone else in the family. Parents are the starting point; they are the figure heads of the family,

The believer is not a slanderer, nor does he curse others, and nor is he immoral or shameless. (Imam Tirmidhi)

These four attributes mean that the believer has to be decent and kind and control his tongue and temper.

The punishment for swearing

To curse others, accuse others and use certain foul language carries a punishment. (A fasiq is someone who does fusuq, i.e sins publicly.) If you curse someone by accusing their mother or sister of zina (adultery/fornication) which was and is still common in many societies, it is punishable, and carries a hadd (specified punishment according to the Shariah).

Verily, those who accuse chaste women, who never even think of anything touching their chastity and are good believers — are cursed in this life and in the Hereafter, and for them will be a great torment (24:23)

Those who accuse chaste women, then cannot bring four witnesses, whip them eighty lashes, and do not ever accept their testimony. For these are the immoral. (24:4).

The Maqasid (aims) of the Shariah are to protect five things: religion (deen), life (nafs), wealth (mal), intellect (aql) and reputation (ird). Attacking any of these is a major sin and carries a specific punishment. Therefore sins which compromise any of these, like murder, adultery, theft, being drunk or accusing someone of fornication or adultery have specified punishments.

The punishment is severe, because it is a serious matter. We have seen throughout the media a lack of restraint in accusing people of terrorism, sexual assault, paedophilia and other crimes. I have known friends and mosques being falsely branded negatively, for all sorts of crimes by the mainstream media and on social media. It can take them years to clear their name, land them in prison and cause acute suffering in their lives, relationships, health and mentally as well as their reputation. When they try to clear their name the damage has already been done, often out of malice or jealousy. It is not a light matter but a big sin.

This does not mean that you stay silent if you know something wrong is going on. It means that you have to back up any accusation you make with evidence.

Islam does not tolerate people tarnishing others’ reputations, particularly when it rolls off the tongue, without a second thought. Anger is no licence to insult others.  It is an act prompted by the whisperings of shaytan. This is why we need to control our anger and our actions and all our utterances.

If you have a disagreement, then don’t just say whatever comes into your mind in the heat of the moment. Don’t allow feelings and whispers to take control. If you have nothing good to say, keep silent.

Abu Hurairah narrated that Allah’s Messenger (peace be on him) said:

Whoever believes in God and the Last Day should speak a good word or remain silent. (Bukhari and Muslim)

Being a big mouth isn’t a good badge to wear

The outcome of anger that is unchecked leads to uttering obscenities and insults which can then incur punishments which are major. Some people cannot control their mouth and their mouth will throw them into big trouble. Some people are even proud that they have a big mouth. This is not something to be proud of.

Being more savvy about pain

The lesser pain than doing this is to stay silent. The greater pain is the consequence of saying what you should not have said. We all regret things we have said sometimes but there is no way to take them back once they have been said.

Losing of control has dire consequences

Abu Hurairah narrated that the Messenger of Allah (peace be on him) said:

Verily a person utters a word, that he deems harmless, but it results in his falling into the depths of the Hellfire [the depth of 70 years in travel]. (Tirmidhi and Ibn Majah)

Not getting provoked requires training

Islam is teaching us to stop this practice. Do not allow others to provoke you. It is easier said than done. But attaining Jannah is not easy. If your eyes are on the big prize that is Jannah, then you need to train yourself, just as Olympic athletes do to win their medal.

Delivered by Shaykh Haytham Tamim at the Sunday Hadith Class of 11th October 2020. The Etiquettes of the Muslim character in Kitab Al Jami, the last chapter from Bulugh al Maram by Ibn Hajar al Asqalani, the collection of over 1500 hadith. These hadith are used as the basis of legal rulings in the Shaf’i school, but are more widely regarded as a seminal collection of hadith regardless of school of thought.

Ibn Hajar was a medieval Islamic scholar whose contribution to the science of hadith is colossal. He wrote about 150 works on hadith, history, biography, tafseer, poetry, and Shafi’ite jurisprudence.

The narrators of the hadith

‘Abdullah ibn ‘Amr al ‘Aas was a young man, accepted Islam in the 7th year AH, shortly before his father Amr ibn al ‘Aas did so. He was dedicated to learning and would write down everything he heard from the Prophet (peace be on him) and competed with Abu Hurairah (may Allah be pleased with him) who came to Islam at the same time. Abu Hurairah felt that Abdullah who was younger had the edge on him, so he approached the Prophet (peace be on him) to say that he was worried he would forget hadith, as the volume increased. The Prophet (peace be on him) made a special dua for him and blew into his garment, after which he never forget any hadith and Abu Hurairah’s became the narrator of the most hadith in our history. He was rewarded for his dedication by this incredibly sharp memory.