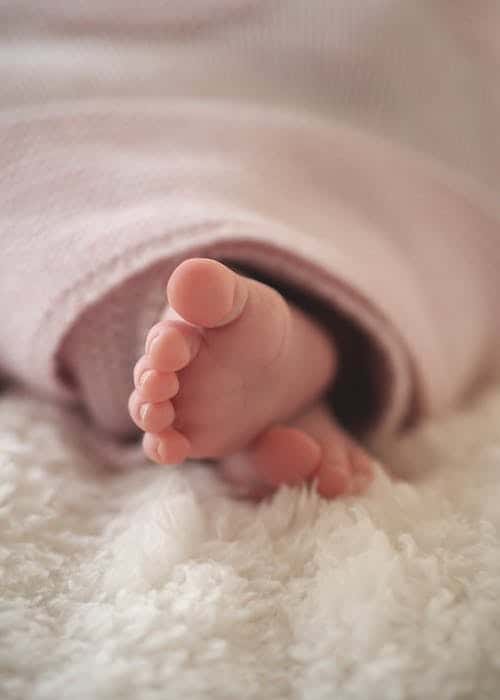 There are many lessons we can learn from different stories in the Quran about handling fear and anxiety.

All of us experience moments and periods of overwhelming fear, when we do not have control over our emotions. How do we exit this predicament? What is the solution?

At this time, many of us feeling afraid of the rapacious spread of the coronavirus, its new strain and the relentless rise in the number of cases not just here but affecting our loved ones abroad. Inshallah it will go away soon, but for the time being we are surrounded by and experiencing a high degree of fear.

The incredible story of Musa’s mother (peace be on him)

In particular the story of Musa’s mother in Surat al Qasas is a deep lesson on how to handle emotions of apprehension.

Though the story of Musa (peace be on him) has been mentioned several times in the Quran, I want to focus specifically on the aspect of his mother’s acute fear.

We know that she had her new born baby at a time when Firaun was sending his troops to capture and kill all the new born Israelite boys, as he had seen a dream that one of these babies would be a threat to his kingdom.

Stuck between a rock and hard place

Musa’s mother knew that anytime this baby whom she loved with all her heart, would be taken from her. It is a very visual story, as we imagine her terror, the sinister troops approaching, the menacing knock she was expecting on her door at anytime, and her baby in her arms.

Yet, Allah inspired her:

When We inspired your mother with the inspiration. (20:38)

He told her to nurse the baby, and when she was overwhelmed by fear that the troops had arrived and she could no longer protect him, to cast him into the river.

We inspired the mother of Moses: “Nurse him; then, when you fear for him, cast him into the river, and do not fear, nor grieve; We will return him to you, and make him one of the messengers.” (28:7)

Musa’s mother was trapped between two fears. He could be murdered by the troops or drowned in the river. It seemed like an insane act, to cast him in the river. If he did not sink, he could still be captured and handed over to be killed.

Yet, Allah Almighty promised her that He would be safe, He would return him to her, and that she should not grieve. How did she hear Allah’s words? It could have been through an angel or in a dream.

Put him in the chest; then cast him into the river. The river will wash him to shore, where an enemy of Mine and an enemy of his will pick him up. And I have bestowed upon you love from Me, so that you may be reared before My eye. (20:39)

We know the rest of her story; how she placed her baby in a basket and it floated down the river, ending up at Firaun’s palace out of all the possibilities! He was raised and looked after by Asia and Firaun himself. And he would be Firaun’s downfall.

Pharaoh’s household picked him up, to be an opponent and a sorrow for them. Pharaoh, Hamaan, and their troops were sinners. (28:8)

Pharaoh’s wife said, “An eye’s delight for me and for you. Do not kill him; perhaps he will be useful to us, or we may adopt him as a son.” But they did not foresee. (28:9)

What is the lesson for us in this story

The core of this inspiring story is that you should do whatever you can and then delegate your affairs to Allah Almighty.

It is insane for a mother to throw her baby in the river, even if he is in a basket, but it shows her  reliance on Allah Almighty. She had full trust in Him.

When you’ve done your best and you can’t possibly do anymore, trust Allah Almighty will deliver you.

Trust that Allah Almighty will deliver from what you fear. This comes from deep tawakkul.

In Surat al Shu’arah, Allah Almighty told the Prophet Muhammad (peace be on him) that he had done his best and delivered his message, so trust Allah. If people choose to disbelieve or disobey him that there is no blame on him.

And lower your wing to the believers who follow you.

And if they disobey you, say, “I am innocent of what you do.”

Say, “Nothing will happen to us, except what Allah has destined for us. He is our Protector. So in Allah, let the believers trust.” (9:51)

If you have taken every precaution nothing will happen except what was destined to happen. You have done your best, whether you wore your mask, and kept distanced and used sanitisers, then don’t be eaten by fear. Follow the rules and rely on the Creator of the means.

In Surat Yunus, Musa (peace be on him) himself told his followers

The reward of deep tawakkul

Lets be inspired by the story of Musa, how his mother trusted Allah and put her precious, vulnerable new born into the river and how He rewarded her trust by saving his life, granting him such a high honour and delivering his people from the oppression of Firaun.

In Surat Taha, Allah Almighty tell us how he returned Musa (peace be on him) to his mother.

The heart of Moses’ mother became vacant. She was about to disclose him, had We not steadied her heart, that she may remain a believer. (28:10)

We forbade him breastfeeding at first. So she said, “Shall I tell you about a family that can raise him for you, and will look after him?” (28:12)

Thus We returned him to his mother, that she may be comforted, and not grieve, and know that God’s promise is true. But most of them do not know. (28:13)

May Allah Almighty enable us to have deep strong and complete reliance on Him, and He will deliver us from any calamity. We ask Him to cure our illnesses and protect all our loved ones. Ameen