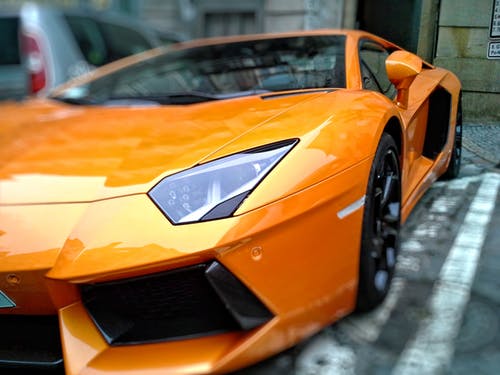 When we were in Suffa, the Messenger of Allah (ﷺ) came out and said: Which of you would like to go out every morning to Buthan or al-‘Aqiq and bring two large she-camels without being guilty of sin or without severing the ties of kinship?

We said: Messenger of Allah, we would like to do it.

Uqba bin ‘Amir, a companion, who used to be from the people of Suffa, a section at the back of the mosque, reserved for poor and homeless people, and travellers.

One morning the Prophet (peace be on him) stepped out of his home, which opened straight into the mosque, and asked which of you would like to go to the Buthan or al ‘Aqiq, the camel market, every morning, (the camel market was as we have car showrooms today), and come back with two huge, best quality camels without having to commit a crime?

He then informed them that if they were to go to the mosque every day and learn or recite two verses from the Book of Allah it would be more valuable than two she-camels, and three verses would be the equivalent of three she-camels and so forth.

This hadith contains many messages for us to reflect on.

Dedication and sincerity lead to success

Firstly, the narrator, Uqba bin Amir himself who was a poor, young companion and a shepherd who accepted Islam and followed the Prophet. His dedication brought him to a very advanced level, that this is reflected by the fact he is narrating these hadith from the Prophet (peace be on him). Later he became an authority.

Dedication and sincerity (ikhlas) are important qualities. Uqba was willing to sit in the back of the mosque and devote his time to learn from the Prophet (peace be on him) and consequently, Allah Almighty opened the way for him to be successful and reap the fruits of his efforts.

The offer you can’t refuse

When the Prophet (peace be on him) said, ‘Who will take this offer?’ It was better than any Black Friday or green Friday offer or buy one get one free. He is asking who wants this bargain? Two she-camels of the highest quality, are more expensive than male camels because they give milk and have children. It would be like the best car these days. It was the most valuable commodity you could have at the time.

He went to say, that these she-camels could be theirs EVERY morning – not once a month or a year, and it would be theirs without their having to steal it, or fight with relatives over it and ending up falling out with them.

He was speaking their language. He explained that if they wanted to get rich he would tell them the way to do it. They were all excited by this offer and wanted to how to get it.

He (peace be upon him) shifted their attention from the Dunya Wealth to Akhirah Wealth, from Dunya Gain to Akhirah Gain.

He told them that if they recited two ayahs in the mosque every morning it would be more valuable than this believe it or not!

The honour of accessing the words of Allah

Why is this offer so good? Because when you access the words in the Book of Allah, they are the words of God, the Creator. It is an honour to be addressed by Allah Almighty and an honour to read His words, reflect on his words, act on His words and disseminate His words.

Do not underestimate the power of the words of God.

The value of Allah’s words

The Prophet (peace be on him) was clear that religious wealth is more meaningful than material wealth. It is deeply enriching to learn the words of Allah. This is not restricted to the mosque only. You can do this without going to the mosque but if you go there it’s more rewarding. The Prophet’s (peace be on him) mosque was the hub of the community, where he taught his companions, in his prophetic academy. The companions learned the deen there.

Every step you take to the mosque is extra reward for you, when you recite in the mosque you are accompanied by the angels and showered with mercy.

Learn and recite the words of Allah and fill up your account. Invest in it. There is no better investment.

Today the businesses of the Dunya future are Fin Tech but if you want to invest in the akhirah future learn the Book of Allah and teach it.

In the other narration Uqba bin ‘Amir said that the Prophet (peace be on him) said:

Each day, every deed [of a servant of God] has to be recorded and sealed. When a believer becomes ill, the angels say to God, ‘Oh, our Lord! You’ve confined your so and so servant of yours.’

This means that every day our actions are recorded and submitted, but when we are ill, we cannot continue them, however Allah tells the angels, every day that we are ill till we recover or die, Allah Almighty has instructed the angels to write down our best deeds (not our low grade, sub-optimal deeds), but the very best, in our account.  This is out of Allah’s vast mercy.

Imagine if he the one who falls sick has no best deeds to put in his account? It’s a big loss. Put the deeds in your account NOW. You never know when you might fall ill, and you have to rely on the quality of deeds you did until then.

What have you saved in your account to be multiplied? Allah Almighty will say, ‘Write his best deeds’ but the angels will say, ‘Ya Allah, there are no good deeds to multiply. He is always running on empty .

Assess the deeds you are accumulating. Collect these she-camels in your account. This is an encouragement from the Prophet (peace be on him). Everyone can take advantage of it.

You just need to go an app on your phone, whether you are on the bus, or on the tube, but of course not whilst you’re driving! You can always get hasanaat (good deeds) into your account. The reward is immense. But you need the intention and be aware that one ayah is equivalent to a huge, big she-camel. It is much more than ten good deeds.

Go get the treasure. It’s for free. All you need to do is grab it with the right intention.

The username is the intention (Ikhlas) and the password is Bismillah – to do it for Allah’s sake. Not to post it on your social media, (unless you are encouraging others e.g. setting up a khatam group and finish the Quran together every month.)

The Prophet peace be upon him is encouraging us to connect with Allah’s book. It should be the soul of the ummah. We breathe the book of Allah Almighty – it is oxygen of the ummah. We get closer to Allah by reading His words, reflecting on His words and teaching His words. If we do this, He is pleased with us and bring us close to Him.

No other ummah has an unbroken chain between them and their prophet. We should be very proud of that. Being proud is not enough. We need to activate this and learn more about the Book of Allah. Keep a habit (wird) of a portion you recite daily.

Should anyone fall asleep and fail to recite his portion of the Qur’an, or a part of it, if he recites it between the dawn prayer and the noon prayer, it will be recorded for him as though he had recited it during the night. (Muslim).

The companions would do this, and when they could not manage it, for any reason, they would add to their recitation the next day. It was their commitment, like a debt, and they would repay. A page a day or more, depending on your ability, you must have a daily portion that you recite. And my recommendation to you, is out of the portion you recite, reflect on two verses a day, and take an action point from it. If the ayah was about mercy, then show more mercy that day. If it is about charity, give more charity, that day. If it is about forgiveness, be more forgiving that day. Keep it simple, and it will bring you closer to Him.

May Allah enable us to reflect on His book and disseminate His book. Ameen.