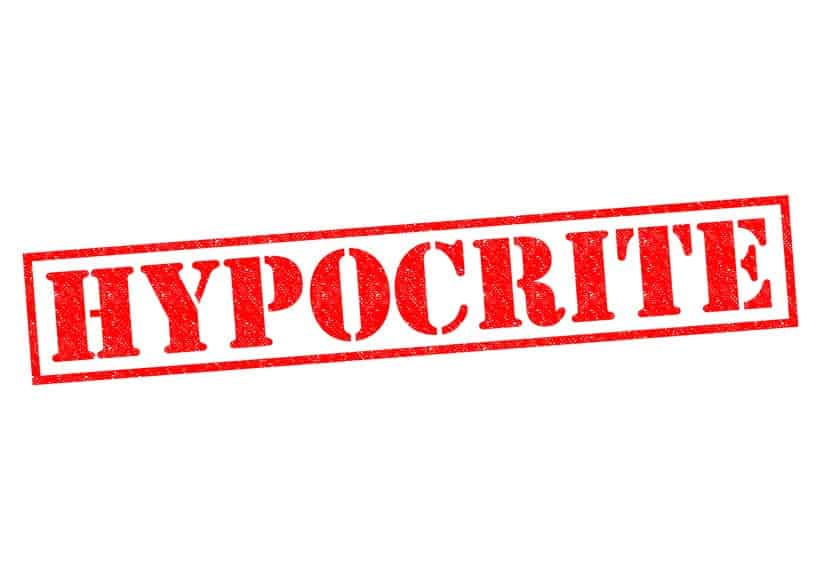 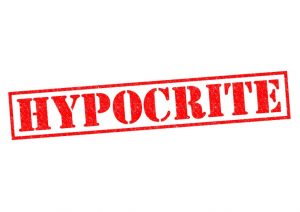 Beware, it is, in fact, they who spread disorder, but they do not appreciate. (12) And when it is said to them, ‘Believe as people have believed,’ they say, ‘Shall we believe as the fools have believed?’ Beware, it is, in fact, they who are the fools, but they do not know. (13) When they meet those who believe, they say, ‘We have entered Faith;’ but when they are alone with their satans, they say, ‘Indeed, we are with you; we were only mocking.’ (14) It is Allah who mocks at them, and lets them go on wandering blindly in their rebellion. (15) These are the people who have bought error at the price of guidance; so their trade has brought no gain, nor have they reached the right Path. (16) Their situation is like that of a man who kindles a fire, and when it illuminates everything around him, Allah takes away their lights and leaves them in layers of darkness, so that they see nothing. (17) Deaf, dumb and blind, they shall not return. 9 (18) Or (it is) like a rainstorm from the sky, bringing darkness, thunder and lightning; they thrust their fingers in their ears against the thunderclaps for fear of death, and Allah encompasses the disbelievers (19) And lightning (all but) snatches away their eyesight; every time a flash gives them light, they walk by it; and when darkness falls upon them, they stand still. And if Allah willed, He would certainly take away their hearing and their eyes: surely Allah is powerful to do anything. (2:11-20)

As there were people who converted to Islam when it became the majority religion in Madinah, a proportion of them never accepted Islam in their hearts. Superficially Muslim, they went back to their old habits and were Muslim in name only. These were the first type of hypocrite.

In addition, there were those who converted but were terrified of the obligations being a Muslim entailed. They were the second type of hypocrite as they initially gained guidance but their conversion not wholehearted. With questionable sincerity, and their practice was limited, so rather than benefiting from their conversion, they succumbed to their own ignorance, letting guidance slip through their fingers. Allah Almighty uses the analogy of trade, as they exchanged what was of value – their faith – for loss.

Losing the light and warmth of guidance, which is described in the next analogy as the fire they had themselves kindled and sought, in exchange for profound darkness. They ended up without the glimmer of any light at all – akin to becoming deaf, dumb and blind. Utterly shut out.

The Cost of Commitment and the Profit

Commitment comes with sacrifice. Sacrifice leads to contentment once you discover that that sacrifice brings you closer to Allah Almighty. If we only see Islamic duties as empty and restrictive obligations they will always feel burdensome without bringing the serenity that comes from carrying them out with devotion. This is why our perception of our obligations often needs tweaking.

Mufti Taqi Usmani identifies the second type of hypocrite who swings like a pendulum between faith and worldly interests. At times they wish to be genuine Muslims but their worldly interests prevent them from doing so. They remain in a perpetual state of doubt and hesitation. Thus they are like people stranded in a thunder storm. Paralysed until there is a flash of thunder, when they can just about take a step or two but all the while ramming their fingers in their ears. They are terrified but still refusing to listen. These are the people who would pull their outfits over their heads so they would not have to listen to their prophets. Determined not to listen. Even though they are standing in divine rain, which is pouring down the truth that Allah Almighty has sent, to revive their hearts, minds and souls. If only they realised it.

Allah Almighty depicts the three categories to which we can belong: believers, (those who are obedient to and mindful of Him), disbelievers (those who deny the truth no matter what is said to them) and the hypocrites, who believe they are being smart and mock other Muslims oblivious that it is Allah Almighty who is mocking them.

The tell-tale signs of a hypocrite are that they tend to over-exaggerate. They also get unreasonably angry. And they follow their desires without restraint.

Allah Almighty makes an open call to mankind to choose the category to which they belong. He Almighty has offered guidance for the muttaqeen and laid out the condition for it – serve Allah. This is the path of light. Nifaaq (hypocrisy) is a state of inner darkness inside.

Hypocrisy is a kind of self-delusion. The hypocrite conceitedly believes his motives and his true loyalties are concealed. He mistakes short term gains for lasting profit. Yet Allah Almighty shows us that success comes from being straight. Indeed it is madness to extinguish the light and warmth of guidance. So while hypocrites seek fulfilment and gratification, their sins, whims and desires plunge them into darkness. They would be much better of being genuine, to themselves and their friends and seeking the company of good people, who would direct them towards the light of imaan.

To be cured of hypocrisy, one needs to recognise and acknowledge the disease in one’s self first. To avoid hypocrisy, we should be surrounded with good people, who advise us and let us know when we are slipping. It is irresponsible to believe that anyone else can carry our sins for us – whether that is Jesus or anyone else. And it’s equally foolish to believe that anyone will come and sort things out for us when we mess up.

We do not have anyone to blame if we do something wrong. Nor will anyone else come and sort things out for us. We need to be responsible for ourselves, our motives and our actions.