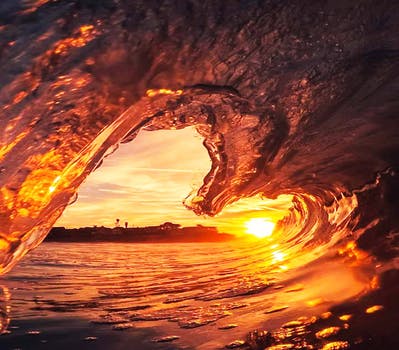 What is Fitnah and What can I do to Protect Myself from It?

We hear the word all the time. But what is the definition of fitnah, what fitnahs are we not aware of? And what did Allah the Almighty give us to save us from it?

‘Who among you remembers the statement of the Prophet (peace be on him) about the afflictions (fitnah)?’

Hudhaifa said, ‘The affliction of a man in his family, his property, his children and his neighbours are expiated by his prayers, zakat  and enjoining good and forbidding evil.’

Umar said, ‘I do not ask you about these afflictions, but about those afflictions which will move like the waves of the sea.’

Hudhaifa said, ‘Don’t worry about it, O Chief of the Believers, for there is a closed door between you and them.’

Umar said, ‘Will that door be broken or opened?’

Umar said, ‘Then it will never be closed,’

In this particular hadith the Prophet (peace be on him) talks about fitnah – test. We definitely have plenty of tests in our life – but this test affects every single one of us.

The fitnah that we face on a daily basis; with our family, children, property, wealth, job, livelihood, neighbour… It is expiated through salah and  siyaam, zakat, charity and enjoining what is good and forbidding what is evil.

What is the Definition of Fitnah?

There are many definitions but the one that I like and that is straight to the point is the definition of ibn Abu Jumma, who said that fitnah is anything that takes you away from Allah the Almighty.

If your family, your wife, or your children consume all your time, and all your energy until you have nothing to dedicate to the akhirah, then this is fitnah. Be careful.

If you are so immersed in your job that it sucks all the energy from you –this is fitnah.  Be careful. I’m not saying quit you job or quit your family; don’t misunderstand me, but you have to be aware of this and careful.

Don’t upset the balance. You have to keep a balance between your family, your job, your children, your neighbour and so on…

Not only is the temptation of the dunya a fitnah (this is very obvious); but a bit further from our expectation, even our involvement with our family and jobs and our neighbours might be fitnah, as they can take us away from Allah the Almighty. So we need to be careful.

Fitnah is what feels wrong

Another way of recognising fitnah is the uneasiness that wavers in your chest, which you are afraid that people might see. If you feel this heaviness in your chest, something is not right. There is indeed something wrong. Don’t neglect this niggling feeling. Of course not all of us have that level of spirituality, special transparency or enlightened heart to always feel uneasy when we sense fitnah, but nevertheless, we all know that uneasy, uncomfortable sensation in our chest. If you feel this, don’t deny it, ignore it, or avoid it. Instead protect yourself from it. Don’t try to find a way to justify it. Deep down in your heart sometimes you know that you are doing something wrong even if somebody might say it is OK. Don’t deceive yourself. Stay on the safe side. Stay protected against fitnah.

On the authority of an-Nawas bin Sam’an (may Allah be pleased with him), the Prophet (peace be upon him) said:

‘Righteousness (birr) is in good character, and wrongdoing is that which wavers in your soul, and which you dislike people finding out about.’

And on the authority of Wabisah bin Ma’bad (may Allah be pleased with him):

I came to the Messenger of Allah (peace be upon him) and he said, ‘You have come to ask about righteousness.’ I said, ‘Yes.’ He said, ‘Consult your heart. Righteousness is that about which the soul feels at ease and the heart feels tranquil. And wrongdoing is that which wavers in the soul and causes uneasiness in the breast, even though people have repeatedly given their legal opinion [in its favour].’

We face many tests on a daily basis. It could be an annoying neighbour or even a nice neighbour, who is so nice that he is annoying, because he always wants to chat and it makes you late! It might be your wealth that is the fitnah, or your wife or husband or your children. The challenge is finding the right balance.

In another hadith narrated in Tirmidhi and Abu Dawood and others:

Anas ibn Maalik (may Allah be pleased with him) narrated that the Messenger of Allah (peace be on him) said:

‘There will come upon the people a time when holding onto the religion will be like holding onto hot coal.’ (Tirmidhi)

‘Verily, after you there will come times requiring patience. (In those days) the one who holds fast to that which you are upon will have the reward of fifty amongst you. He will receive the reward of fifty (i.e. the one holding onto the way of the companions in later times).’ (Tirmidhi)[ii]

This shows the immensity of the tests we will face. It is not enough to lock your door to avoid the fitnah as it sneaks into your bedroom these days through your phone and gadgets.

The volume of the fitnah is strong and the temptations are many.  But nevertheless, the way is clear to protect us against the fitnah.

How to Expiate Mistakes and Sins

The Prophet (peace be on him) made it clear in this hadith that the expiation of mistakes and sins is through our salah, when performed with khushu (tranquility and sincerity), siyaam (fasting) zakat and the sadaqah; as well as enjoining what is good and forbidding what is evil with the right etiquette and conditions.

However, this protection comes when we stick to our principles – no matter how hard that is, and even when it is like holding onto a hot coal. And then the reward is immense – like fifty times of the companions. Whenever we are faced by temptations we have to be strong enough to reject them and have a good mechanism to prevent us sliding down the slippery slope that leads to fitnah.

If you open the door to the fitnah just a crack, this fitnah will seep in. Don’t give it the tiniest chance to get in, because it will push through and take us with it. So be careful.

How to Protect Yourself and Acknowledging your Weakness

How did Yusuf (peace be on him) respond when he was faced with fitnah? While living in the home of the lady with a great deal of status and beauty, she locked the door and said ‘I’m ready for you.’

He appealed to Allah the Almighty for help, and said,’ I seek refuge in Allah.’ His protection mechanism was to seek protection in Allah, to save him from succumbing to the fitnah. If we do not have the support of Allah Almighty we will be driven to the fitnah.

Don’t think that you are immune or strong enough by yourself to cope with fitnah. Without Allah’s support, we are weak.

Allah Almighty has stated in the Qur’an clearly that man is created weak, so unless you are connected to the Source of Power – the Source of Immunity -the Source of Protection you are fallible. The way to be strong is to be connected with Allah the Almighty. We must have a mechanism to protect ourselves against the fitnah

If you find yourself faced with fitnah, remember to say ‘I seek refuge with Allah.’ Always remember Allah and seek protection in Allah.

This is a way to protect yourself. If you are not doing so, you will not be getting the reward of fifty of the companions. To attain that reward, stick to your principles and prioritise this over everything.

These obligations have been revealed for our own good. They are not rules for the sake of it, but they protect us.

This is why our Prophet (peace be on him) said that the religion of Islam is built on five pillars. Hence, we have the four obligations which protect us after the shahada: salah, siyaam and zakat and hajj. They benefit our spirituality, and provide us immunity from evil. Perform them in accordance with the sunnah of our Prophet (peace be on him). This will be our protection insha Allah ta’aala.