Rajab and the Sacred Months – creating tranquility to worship 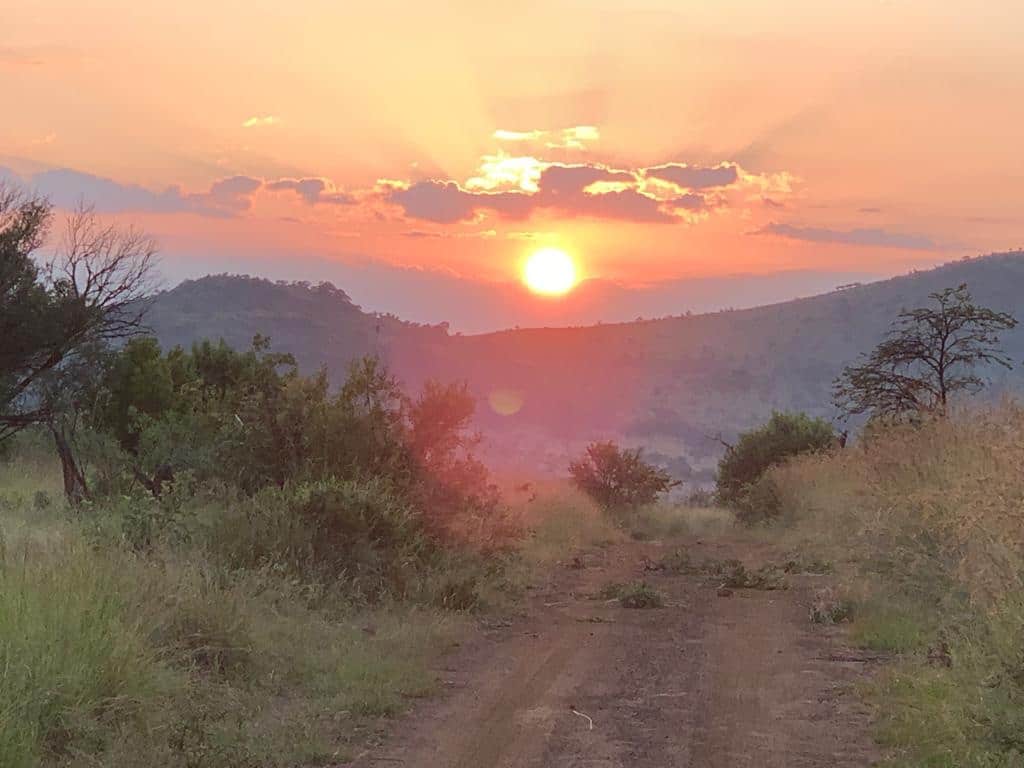 Rajab and the sacred months

The number of months, according to Allah, is twelve months—in the decree of Allah—since the Day He created the heavens and the earth, of which four are sacred. This is the correct religion. So do not wrong yourselves during them. (9:36)

Rajab is a sacred month. One of the 4 sacred months in the Muslim year. The other three are consecutive – Dhul Qa’dah, Dhul Hijjah and Muharram.

Is it authentic that good deeds are multiplied in Rajab and sins earn more punishment?  The opinion that reward and sin are multiplied arose from the personal ijtihad (reasoning) and tafsir of some companions as Ibn Abbas, and Some Tabi’een successors as Qatadah. It is not agreed upon. The amount of punishment does not increase in a sacred month, nor does it increase when one is in Makkah, which some people also believe. Anyway it’s a disagreed upon matter among the scholars.

Why is Rajab important

Rajab along with the other three holy months were chosen by Allah to be sacred. Just as He chose certain places, such as Makkah, Madinah and Bait al Maqdis, and certain people, such as the prophets to be special.

Allah has chosen some of His creation above others. He chose Messengers from angels and from men. He also chose His Speech above all speech, the Masajid above other areas of the earth, Ramadan and the Sacred Months above all months, Friday above the other days and Laylatul-Qadr (The Night of Decree) above all nights. Therefore, sanctify what Allah has sanctified, for doing so is the practice of people of understanding and comprehension.

Prohibition on fighting during sacred months

Ibadah goes hand in hand with safety and peace. This is why it makes no sense for ISIS to claim they are Muslims when they spread terrorism and fear instead of peace. The Shariah is about spreading peace.

O you who have believed, do not violate the rites of Allah or [the sanctity of] the sacred month or [neglect the marking of] the sacrificial animals and garlanding [them] or [violate the safety of] those coming to the Sacred House seeking bounty from their Lord and [His] approval. But when you come out of ihram, then [you may] hunt. And do not let the hatred of a people for having obstructed you from al-Masjid al-Haram lead you to transgress. And cooperate in righteousness and piety, but do not cooperate in sin and aggression. And fear Allah; indeed, Allah is severe in penalty. (5:2)

Before the revelation, Arabs used to hunt in and around Makkah all year round. Islam put limits on this, in order to make Makkah a safe place, even for animals. All living creatures are protected in the Haram. It is a place of peace. No one has the permission to violate the safety of any living thing.

It is not just animals in that vicinity are protected, but even the trees, as they may not be chopped except one which the Prophet (peace be on him) mentioned, which is known as ithkhir rush plant, as this restriction would have caused considerable hardship if they could not chop it.

Allah has made Mecca, a sanctuary, so it was a sanctuary before me and will continue to be a sanctuary after me. It was made legal for me (i.e. I was allowed to fight in it) for a few hours of a day. It is not allowed to uproot its shrubs or to cut its trees, or to chase (or disturb) its game, or to pick up its luqata (fallen things) except by a person who would announce that (what he has found) publicly.’ Al-`Abbas said, ‘O Allah’s Messenger (ﷺ)! Except Al-Idhkhir (rush plant a kind of grass) (for it is used) by our goldsmiths and for our graves.’

The Prophet (ﷺ) then said, ‘Except Al-Idhkhir.’ (Bukhari)

The wisdom behind not hunting

To worship Allah Almighty properly requires peace and tranquillity. We have to be in the right frame of mind.

During Umrah, Hajj or worship you need to be fully focused on Allah Almighty. If you are busy hunting your mind is preoccupied. Whereas this is a time for Allah and ibadah, not for hunting. Yet, on a daily basis, although we are not in ihram, when we say the takbir, we are enter, metaphorically into ihram, but continue hunting (metaphorically) in our minds – doing business, replying to messages, cooking and planning. Allah Almighty is saying if you are in a status of ibadah, then clear your mind and focus on Him.

Peace and security are an essential component of worship

The concept of the sacred months is important for a deeper reason, which is to create peace. By prohibiting fighting during these months, Allah Almighty freed them from anxiety, so they had the right conditions to find physical and mental peace, enabling them to focus and connect deeply with Allah Almighty, thereby finding spiritual peace.

The concept of peaceful worship is crucial in Islam and in all. As Allah stated in Surah Quraysh:

Let them worship the Lord of this House,

He provided the Quraysh āmanahum min Khawf, security after years of fear. Allah made the haram secure. You are not allowed to shed any blood within its boundaries. You see this concept in the main teachings of islam, that security is important and anything which achieves this is important, this is the basis of the concept itself of ring fencing these months.

If you look at the Islamic calendar, there were two times in the year that Muslims would travel to Makkah, either during Hajj or for Umrah which was usually in Rajab. This is why Allah Almighty made the month of Hajj, and the month before and after it, as well as the month of Umrah safe, as well as Makkah itself. These months enabled worshippers to make the journey to Makkah and back, safely and in one piece.

What should you do in Rajab

The Prophet (peace be on him) used to fast throughout the year, not just in Rajab. However he encouraged his companions to fast in the Sacred Months. He never fasted the whole of Rajab, but as per his habit, he fasted on Mondays and Thursdays as well as the three white days (when there was a full moon) 13,14,15 of the month.

Shaban is different, the Prophet (peace be on him) increased his siyyam (fasting) during Shaban, and Aisha said that she never saw him increase his fasting in any other month than Shaban:

According to different authentic narrations the prophet peace be upon him fasted all of Shaban except a few days, or a great deal.

Though the Prophet (peace be on him) did not increase his fasting in Rajab, we do not fast as he did throughout the year, so it is a good time to start fasting on Mondays and Thursdays (which has become trendy as the 5:2 diet, intermittent fasting) and on the white days. This will help you get into Ramadan mode before Ramadan. If we manage to fast these days it would add up to a third of the month, which is a symbolic figure in Islam. (We are recommended to keep a third of our stomach empty for example, or give away up to a third in our will).

Fasting in Rajab helps the body get ready for the siyyam routine and also ibadah of Ramadan.

When you are fasting your taqwa becomes heightened, you have to be more observant of what you say and do. The whole purpose of Ramadan is training yourself in taqwa. As Allah Almighty said in Surah Baqarah siyaym leads to taqwa:

O You who believe! Fasting is prescribed upon you as it was prescribed on those before you so that you may attain Taqwa (2:183)

Ibadah is our duty and responsibility to Allah Almighty. It makes us better people. Taqwa is not a badge that you wear, it is about practical connection to Allah and should be reflected in your communication with people.

People with taqwa connect better with other people. If they do not, the taqwa is fake taqwa. Taqwa is not about the length of a beard or wearing niqab, those are artificial measurements.

Show me how you deal with people, and I can see how much taqwa you have. The proof is in the pudding.

It is far better to have taqwa than wear niqab and be oppressive, or have a long beard and cheat.

Rajab is not an isolated month. It brings us closer to Allah due to its proximity to Ramadan, and its sanctity.

Imam Ahmad recorded that Abu Bakr said that the Prophet peace be upon him said in a speech during his Hajj:

(The division of time has turned to its original form which was current when Allah created the heavens and the earth. The year is of twelve months, out of which four months are sacred: Three are in succession Dhul-Qa`dah, Dhul-Hijjah and Muharram, and (the fourth is) Rajab of (the tribe of) Mudar which comes between Jumada (Ath-Thaniyah) and Sha`ban.

The fixing of the calendar

Arab tribes who wanted to fight during the sacred months would get around this ruling by switching the months around, and having two Jumadal al Ulas and postponing the Sacred Months to the following year.

In his Farewell Sermon, the Prophet (peace be on him) said, ina zaman qad istadar:

Time has been returned to its place.

The calendar was restored and the year is 12 months of which 4 are Sacred Months, because they used to play around with their months. Time was restored to its original state, after people had corrupted even time for their own interest.

This is a fascinating concept that time was re-set which is not just to the time of Adam, but going back to time of creation of heavens and earth.

Allah Almighty was creating an environment of tranquillity for believers, so they could worship without fear of attack, to themselves, their families and their belongings.