How do we define beneficial knowledge? 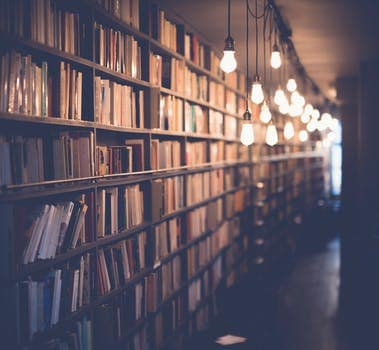 Should we seek any knowledge? What are the signs of beneficial knowledge? 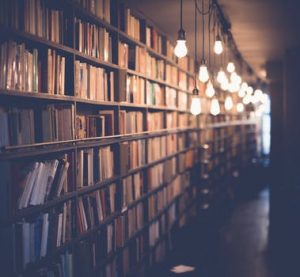 When we say ‘My Lord, increase me in knowledge’ we are not specifying the type of knowledge we want Allah to grant us, as Allah did not want to restrict the knowledge to any particular science but rather left it open to include all knowledge that benefits you and your community. The Messenger of Allah (peace be on him) used to say after the dawn prayer:

‘O Allah, I ask You for beneficial knowledge, acceptable action, and good provision.’

Beneficial knowledge is one that leads you towards Allah. You have to be careful of not worshipping knowledge. Ibn Ata’iilah As-Sakandari in his famous book Al-Hikam said:

The best knowledge is the one accompanied by fear (al-khasya)

Allah says in the Qur’an:

Those truly fear Allah amongst His servants who have knowledge.

True knowledge makes one afraid as his true purpose in this life is made clearer, his responsibility increases and so does his level of consciousness of Allah. He no longer looks at sins as big or little sins but he realizes in Whose presence the sins are being committing sins.

The fear of Allah’s punishment prevents him from sinning. Ibn Qayyum said:

‘We have to have two wings, the wing of fear and a wing of hope.’

The wing of hope is the good expectation we have of Allah; that He is merciful and forgiving. The other is the wing of fear, that the punishment of Allah is very severe. The two wings must balance each other, if one wing outweighs the other, then our soul can on longer fly towards Allah and support itself in the sky.

Having only the good expectation of Allah causes one to procrastinate doing good deeds, it makes him lazy and prevent him in actively perusing Paradise. He knows Allah is the Oft Forgiving and All Merciful, he assures himself in the back his mind ‘I can commit sins then I will just ask for His forgiveness and mercy’.

Having too much fear also causes one to despair, it makes him so afraid that he will give up from the onset, he will think, ‘Allah’s punishment is so severe and I do not have any chance to escape it.’

So you have to have a balance in fear and hope. You should have the fear of Allah and His punishment and at the same time have hope in His forgiveness and mercy – and these are two things that are inseparable.

For those who are nearest to Allah, they are not afraid of the punishment of Allah, but they feared that their conduct may cause the displease Allah. They only seek nearness to Him, one of the Zahida used to say:

‘O Allah! If I worship You for fear of Hell, burn me in Hell,

And if I worship You in hope of Paradise, exclude me from Paradise.

But if I worship You for Your Own sake,

Grudge me not Your everlasting Beauty.’

The Messenger of Allah (peace be on him) used to supplicate

‘O Allah, I seek refuge in You from the knowledge which does not benefit, and from the heart that does not entertain the fear (of Allah)’

Ask yourself about how much you share from the signs of beneficial knowledge, which are as follows:

Having proper intention will naturally make you closer to Allah because your actions are intended for His pleasure. And the one who seeks knowledge for any other reason, the Messenger of Allah (peace be on him) makes it clear in the following Hadith as what will happen to him.

‘Whomsoever seeks knowledge without the intention of pleasing Allah, he will not smell the fragrance of Paradise.’

Therefore, even Islamic knowledge can lead to pride and arrogance. Rabi’ah al-Adawiyya says regarding the fruits of knowledge.

‘There is a fruit for everything; the fruit of knowledge is being close to Allah.’

Allah describes the people of knowledge in the following way:

‘Those who were given knowledge beforehand, when it is recited to them, fall on their faces in prostration. And they say: ‘Glory be to our Lord. Truly the promise of our Lord is fulfilled. They fall on their faces crying and it increases them in humility.’

Here you see how knowledge gives them humility and makes them fall in prostration to Allah. If you find that your knowledge is not manifesting humbleness and humility but rather putting the seed of pride and arrogance, then this is a sign that this knowledge is not benefiting you. Therefore, you should strive to remove these defects from yourself by purifying your intention otherwise Allah will use this against you in the courts on the Day of Judgement. Imam Sufyaan Ibn Uyainah said:

‘If knowledge does not benefit you it will harm you.’

Similarly, on that note Abu Hurayrah narrated, I heard the Messenger of Allah (peace be on him) say:

‘Then there will be brought forward a man who acquired knowledge and imparted it (to others) and recited the Qur’an. He will be brought, Allah will make him recount His blessings and he will recount them (and admit having enjoyed them in his lifetime).’

Then Allah will ask: ‘What did you do to acquire these blessings?’

He will say: ‘I acquired knowledge and disseminated it and recited the Qur’an, seeking Your pleasure.’

Allah will say: ‘You have told a lie. You acquired knowledge so that you might be called ‘a scholar’, and you recited the Qur’an so that it might be said: ‘He is a Qari’ and such has been said.’

Then orders will be passed against him and he shall be dragged with his face downward and cast into the Fire.

In this hadith, one of the three groups of people who are placed in to the hellfire are the scholars. The Messenger of Allah (peace be on him) also said regarding a scholar who did not benefit from his knowledge as:

‘The worst of men in the eye of Allah on the Day of Resurrection will be the scholar who does not derive benefit from his knowledge.’

If we have knowledge, it means we have more responsibilities to fulfil. This is why, the Prophet (peace be on him) used to ask Allah to give him the beneficial knowledge in order that he derives beneficial actions from it.