Du’a for Hajah – The Prayer for Need 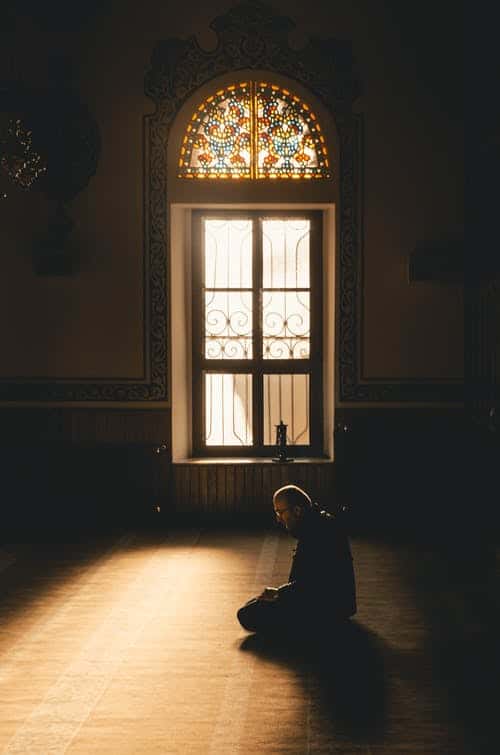 The Prophet (peace be on him) used to make many comprehensive dua. The dua Hajah teaches us how to ask Him for help.

`Abdullah bin Abi Awfa narrated that Allah’s Messenger (peace be on him) said:

“Whoever has a need from Allah, or from one of the sons of Adam, then let him perform Wudu’, performing it well, then pray two Rakah, then praise Allah and say Salat upon the Prophet (peace be on him). Then let him say:

‘None has the right to be worshiped but Allah. Al-Halim (the Forbearing) Al-Karim (the Generous). Glorious is Allah, Lord of the Magnificent Throne. All praise is due to Allah, Lord of the worlds. I ask You for that which warrants Your mercy, and that which will determine Your forgiveness, and the spoils (fruits) of every righteous deed, and safety from every sin; do not leave a sin for me without forgiving it, nor a worry without relieving it. Or a need that pleases you without granting it. O Most-Merciful of those who have mercy.'” (Tirmidhi and Ibn Majah – weak narration)

This prayer for need (salatul Hajah) is well known among scholars. It is agreed upon in the four schools of thought that it is allowed, although there is a minor opinion which says it is not allowed.

The salatul hajah has been mentioned in four narrations, of which two are fabricated and two are weak. Regardless of the discussion how strong these Hadiths are, we know without doubt that the Quran and Sunnah tell us to appeal to Allah Almighty for any need through praying extra salah.

Seeking help by praying has been recommended to us in the Quran itself. Therefore, we do not need any narration to confirm that praying extra Sunnah in salah to seek Allah’s help is required. It is clear in the Quran and accordingly the Prophet (peace be on him) himself used to pray extra rakahs of salah whenever he felt distressed or sad:

O you who believe! Seek help through patience and prayers. Allah is with the patient. (2:153)

In an authentic narration, Hudhaifah said:

When anything distressed the Prophet (peace be on him), he prayed. (Abu Dawoud)

We also know from authentic hadith that if we want to seek forgiveness we can also do 2 rakahs, and seek Allah’s forgiveness:

There is not any slave of Allah who commits a sin, then he perfects his purification and stands to pray two rakahs of prayer, then seeks Allah’s forgiveness, except that Allah will forgive him. (Abu Dawud, Tirmidhi).

In another narration, it says:

Abu Bakr narrated. He said: I heard the apostle of Allah (peace be on him) saying: When a servant (of Allah) commits a sin, and he performs ablution well, and then stands and prays two rakahs, and asks pardon of Allah, Allah pardons him. He then recited this verse: “And those who, when they commit indecency or wrong their souls, remember Allah” (Al-Qur’an 3:135). (Abu Dawoud)

How to pray Salatul Hajah?

You simply perform 2 rakahs of salah, in which you recite any short surah after the Fatiha, and then upon finishing, you raise your hands to make dua.

You can make any dua, but this prophetic dua is particularly beautiful. It does not matter if the narration of this dua is weak or not, because dua is not prescriptive like salah. This is why scholars say, in general, for righteous deeds (fadail amal), you may follow weak narrations.

Inspire us to do good

The dua is very deep. It begins by praising Allah for His forbearance, and generosity, then glorifies Allah with tasbih (subhanallah rabbil arshil azim) as the Lord of Magnificent Throne.

Then we ask Allah Almighty to inspire us to what pleases Him to elicit His forgiveness. This point does not come across in the translation. We do not know what these things are but we ask Allah to enable us to have the will (aza’im m) to good good deeds.

The fruits of righteousness and good deeds

In addition, the Prophet (peace be on him) asked for ghanima, which is usually used in terms of booty from war, which you receive after the struggles of battle. Here, it is a metaphor for the fruits of battling against our daily struggles against our whims, desires, shaytan’s whispers.

Safety from every sin

We ask Allah Almighty for salamah from every sin. Isma is infallibility which is not granted to humans, but is awared to prophets. Scholars have wondered if we are allowed to ask for isma and the answer is no, we can ask for safety from any sin. It is permissible.

We ask Allah to protect us against any sin and anything which displeases Him and make us from those who win Jannah.

We ask for relief from worries, as they cloud us – our emotions and our vision and they can divert our direction. Therefore we ask Allah Almighty to relieve us of our burdens.

Enable us to please you

We ask Allah to only fulfil needs which please Him and to not fulfil needs which would lead to His displeasure. Sometimes we are stubborn, and we persist and insist on asking for things which will not benefit us.  Therefore we delegate the choice to Allah and not to ourselves.

The gift of Jannah

Ibn Mas’ud (may Allah be pleased with him) reported that one of the supplications of the Messenger of Allah (peace be on him) was:

O Allah! I beg You for that which incites Your Mercy and the means of Your forgiveness, safety from every sin, the benefit from every good deed, success in attaining Jannah and deliverance from Fire. (Al-Hakim)

Though we don’t deserve it, we ask Allah from His generosity to grant it to us.

We ask Allah for Jannah with humility, because we know that even if Allah was to accept our deeds, we still would not deserve Jannah. We know this from the famous hadith of Aisha (may Allah be pleased with her) who reported:

The Messenger of Allah (peace be upon him) said, “Follow the right course, seek nearness to Allah, and give glad tidings. Verily, none of you will enter Paradise by his deeds alone.” They said, “Not even you, O Messenger of Allah?” The Prophet said, “Not even me, unless Allah grants me his mercy. Know that the most beloved deed to Allah is that which is done regularly, even if it is small.”  (Bukhari and Muslim)